As China experiences an unprecedented economic boom, more and more Chinese citizens are now capable of providing their children with a secondary and post-secondary education. Correspondingly, China now produces more college graduates than ever before. For instance, nearly seven million students graduated from university this June. This explosion in the number of graduates, however, poses a challenge for the government. The root of the problem stems from the change in the younger generations’ mindset towards life to the fact that now most graduates expect to find jobs that match their field of study.

During the economic boom of the previous three decades, the never-ending construction of factories, roads, bridges and apartment buildings ensured that there were plenty of blue-collar jobs to go around. It was, and to a large extend still is, the era in which the manufacturing and development sector reigned supreme and a time where citizens were happy to work any job they could find. That said, things are a different now. With an improved education, young people in China are becoming increasingly picky about the occupations they want. Essentially, the pervasive mindset amongst China’s young graduates is the following: “I want a job for which I was trained, or my education will be wasted. I don’t want to work in a factory.” This, inevitably, creates a socioeconomic problem wherein “jobs go begging in factories” while many educated young people are unemployed or underemployed. To further strengthen this mismatch problem, according to a national survey conducted by a Chinese university, those who are in their mid 20s and hold college degrees were four times more likely to be unemployed than those with only an elementary school education.

With the priority of continuing China’s prosperity, the Communist government is fully aware of this mismatch problem. In fact, the authority has been addressing this problem in the party plenums of 2003 and 2008 but was unable to yield any tangible solution. To be sure, Chinese government has had, and will be facing great difficulties in trying to transform a low-skilled, labor intensive and export-oriented economy to become a highly skilled, knowledge-based economy. An extensive economic reform that aims to usher market competitions and promote the operation of private enterprises while trimming the public sector and consumption in China might be a feasible solution for creating more desirable jobs for the youth. Yet, under the premise that party power cannot be sacrificed, the Chinese leadership has to prove that reform for prosperity and party stewardship can indeed coexist together.

For the purposes of generating new waves of growth, economic restructuring and the promotion of domestic consumption, the Chinese government plans to move 250 million rural residents into cities across China over the next fifteen years. While some proponents point out that urbanization is a process that “liberates human potential,” the Chinese government hopes and projects that these 250 million people will eventually become urban consumers: the projected future backbone of Chinese economy. As promising as this may sound, the urbanization project has not unrolled according to plan. Among the many issues arising, social problems are the most common and severe. Rural migrants often feel an intense sense of alienation once they are “forced” to move into the cities; young and middle-aged migrants often find themselves idle on the street as they have hard time finding employment in cities, and older migrants have all sorts of difficulties adapting to city lives. Also, the promise of “better living standard in cities” guaranteed by the government to rural migrants is hardly met. Often, migrants find themselves living in apartments (critics of the project refer to them as “warehouses”) that are poorly built and “almost uninhabitable during the winter.“ As we can see, though the government-led urbanization is still in its initial stages, signs of social dysfunction are abound.

With regards to urbanization in China, there is another urgent issue that needs to be addressed quickly. This problem is the half-century old Hukou system. Under this system, Chinese citizens only have access to social services within the region of their place of birth. The system was first set up to prevent excessive migration from rural areas to cities and is now creating a massive underclass of migrants in the cities. As the urban population is expected to explode in China because of the urbanization project, not only does Chinese government need to abolish the Hukou system, they will also have to introduce a bigger, more expensive social safety net. In addition, they must persuade the already privileged city residents to share their schools, hospitals and other social services with the newcomers. 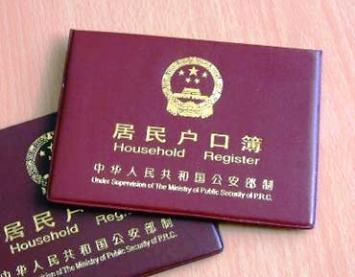 Under Hokou, citizens only have access to services within the region of their birth

Can economic reforms coexist with expansion of party power?

As the plenum came to an end, the Central Committee and China’s leadership finalized a bolder, more market-driven economic reform as the solution to the economic problems (mentioned both here and in my previous article) facing China at this point. With such market-orientated economic policy at helm, one might expect that the Chinese authority would at the same time introduce certain measures to loosen up its political system. Instead, Chinese President Xi Jinping said otherwise, insisting that party power cannot be sacrificed as China proceeds through a new wave of economic reforms. Xi’s intention of forging party power while pressing on the economic reform is similar to the economic plan seen under Deng Xiaoping 30 years ago. However, Deng’s reform was based on the system of dual-track (mixture of state sponsorship and market opportunities) rather than the market-oriented reform envisioned by Xi. Also, the Chinese society and economy was far less diverse and divided during Deng’s reign. Can market reform really coexist with more authoritarianism? China is about to embark the path to answer this intrinsic contradiction.

(The Other) Three Wise Men

“We have more in common than our fears.” – Lester B. Pearson

Is Canada Going to Have its Own Refugee Crisis?

Canada has experienced a growing number of asylum seekers from the United States in recent weeks. Is this the beginning of Canada’s own refugee crisis?