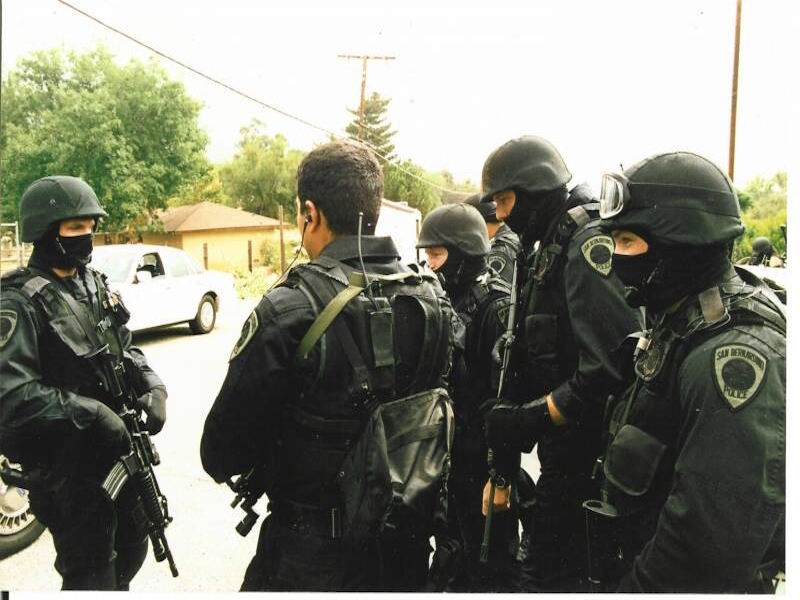 Reading the recent news out of both Germany and France, one could be forgiven for thinking that Europe was teetering on the brink of collapse when it comes to terrorism. The massacre at a Bastille Day festival in Nice, following a string of incidents starting with the attacks on the Charlie Hebdo offices in January, 2015, was the most deadly, but a series of four seemingly independent acts of violence over the course of a week in Germany have strained policing resources and public attitudes towards refugees and asylum seekers.

One should be careful not to consider all of these as being the same, as it will take time for investigators to sift through the evidence to find the individual motivations for each. It may be that many of these so-called “Lone Wolf” terrorist attacks lack sufficient reason to be described as such, instead being more comparable to general acts of violent crime. Describing such events as “terrorism” without proper investigation or qualification both feeds into crude stereotyping of Muslims and grant’s such attacks an importance that they do not deserve. As much as governments and societies recognize crime as a social problem to be dealt with and reduced, both through prevention efforts and by due consequences for convicted persons, they also recognize that it would be unrealistic to promise to totally eliminate crime.

Thus, unless crime rates reach such a level that a sense of mass social chaos sets in, the average citizen sees criminal actions as risks to be mitigated through various policy levers rather than existential threats to be stamped out at all costs. Judging by the public’s harsh reaction to the appearance of French Prime Minister Manuel Valls at a memorial ceremony for those killed in the Nice attack, though, this even-handed analysis does not apply when attacks are put into a context of “terrorism”. To be fair, the particular reaction to Valls may have had a specific cause in his denial of additional security funding for the event where the initial attack took place. Even so, it does seem that when something is contextualized as “terrorism” a desire for security trumps any realistic assessment of threats or understanding of the fundamental inability of governments, even with the most draconian of measures, to protect all citizens from all violence at all times.

It is particularly important to note that, at the time of the Nice attack, France was already under an official state of emergency giving police increased powers, and had passed a bill, over the concerns of civil liberties advocates, to enhance surveillance operations online. Many, especially on the populist right, have also blamed these attacks on the intake of refugees from the Middle East, but in the main the attackers have been European citizens. Furthermore, the man who perpetrated the attack had only very recently made links to extremist activities and beliefs. His connections to known individuals within terrorist circles were circumstantial and he was not registered as a national security risk. Though obviously tragic, and perhaps with better police preparedness the attack could have been stopped in progress, the particulars of Nice seem to defy much of an easy explanation about preventing future incidents like it.

Certainly, there are longer-term individual and social explanations for why people are attracted to ideologies such as those promoted by ISIS and similar groups, and why some smaller fraction of these people go on to commit violence in the name of them. In the case of France, many have pointed to long-standing discrimination against, and lack of economic opportunity for, persons of Arab background as an incubator for social alienation leading to extremist sympathies. More generally, it can be said that alienated young men (as almost all of the mentioned incidents have been perpetrated by) have long found attractive whatever violent, totalizing political force of the moment promises visceral thrills in pursuit of a greater purpose.

Whether it be fascism in the 1920s and 30s, anarchism at the turn of the 20th century, or urban guerrilla leftism in the post-1960s era, Europe has long faced down individuals and groups similarly concerned with bringing down the “way of life” on the continent. Defusing the tensions which lead people down the path to violence is obviously a good idea in any case. Quite apart from their potential to create violence, the living conditions and opportunities in France’s banlieues, for instance, are deplorable and deserve public remedies in their own right. That said, this is a project that will take years, if not generations, and pointing it out offers little guidance in the immediate moment.

There are two crucial points to make about the new trend towards “Lone Wolves”, as opposed to previous terrorist threats, often linked to al-Qaeda and being what we might call “cell-based” terrorism, which make direct comparisons between previous eras and our own more difficult. For one thing, “Lone Wolves” are, often, but not always, just that: individuals acting alone without the infrastructural support of some larger organization and with only a tenuous link to a broader movement. Many have noted that the issue of “self-radicalization” is almost impossible to track properly, let alone prevent, owing as it does to such a variety of individual factors and lacking an easy “script”. This makes enforcement more of a challenge because, while cells can be infiltrated and broken up or their members collectively charged, a lone person on a computer who, one day, decides to go beyond passively absorbing violent messages, is harder to spot and harder still to stop.

For another, unlike both al-Qaeda-inspired groups and previous generations of practitioners of political violence, “Lone Wolves” have opted for “soft” targets like theatres and outdoor festivals, as opposed to “hard” ones, like airports or government facilities, having greater symbolic value. The goal is less to strike some concrete blow at the powers that be than it is to whip up a frenzy of insecurity and bad faith amongst the public at large. These two points, amongst others, mean that this new threat, to the extent that it should be distinguished from “normal” criminal activity and from other kinds of political violence, is less likely to be amenable to security state methods of prevention, being designed to skirt them.

That said, politically-motivated violence on the part of diffuse groups is hardly a new thing in Western Europe. Throughout the 70s and 80s, authorities across the continent battled with armed insurgent groups ranging from the German Baader-Meinhoff Group to the Basque ETA, largely bringing them down through legal methods and smarter policing. A similar approach might be the best one for tackling the recent events, though it faces problems of both tactics and public perception. In the former, though those groups may have been diffusely organized, they were ultimately still subject to “cell” dynamics largely not applicable to the current crop of attacks. In the latter, there is a sense, however distorted and fed by the press it is, that modern incarnations of terror are less a problem of a threat from within than one from without. This leads to public support for simple-sounding “bar the gates, kick them out” solutions of the kind pitched by France’s Front National, which are unlikely to solve much of anything, but can ratchet social tensions in such a way that more attacks are likely.

What can be done, then, in the here and now? After the week of violence in Germany, Chancellor Angela Merkel held a press conference to state that, despite pressure from a rising right-wing insurgent party, the Alternative for Germany, and within her own party, Germany would be sticking to its open approach to refugee claims. Though she coupled this with a call for greater security measures, more screening and “fighting terror”, she framed her policy as one of a “great test”to essential values. In this way, she reminded viewers and voters not to throw out the very things they wish to protect for a false sense of security, however tempting it may be. Law enforcement must be smarter, and learn from the past, in combatting “lone wolves”, but, as societies, we too must start to look at the problem as one of law enforcement and crime control, with all that implies.