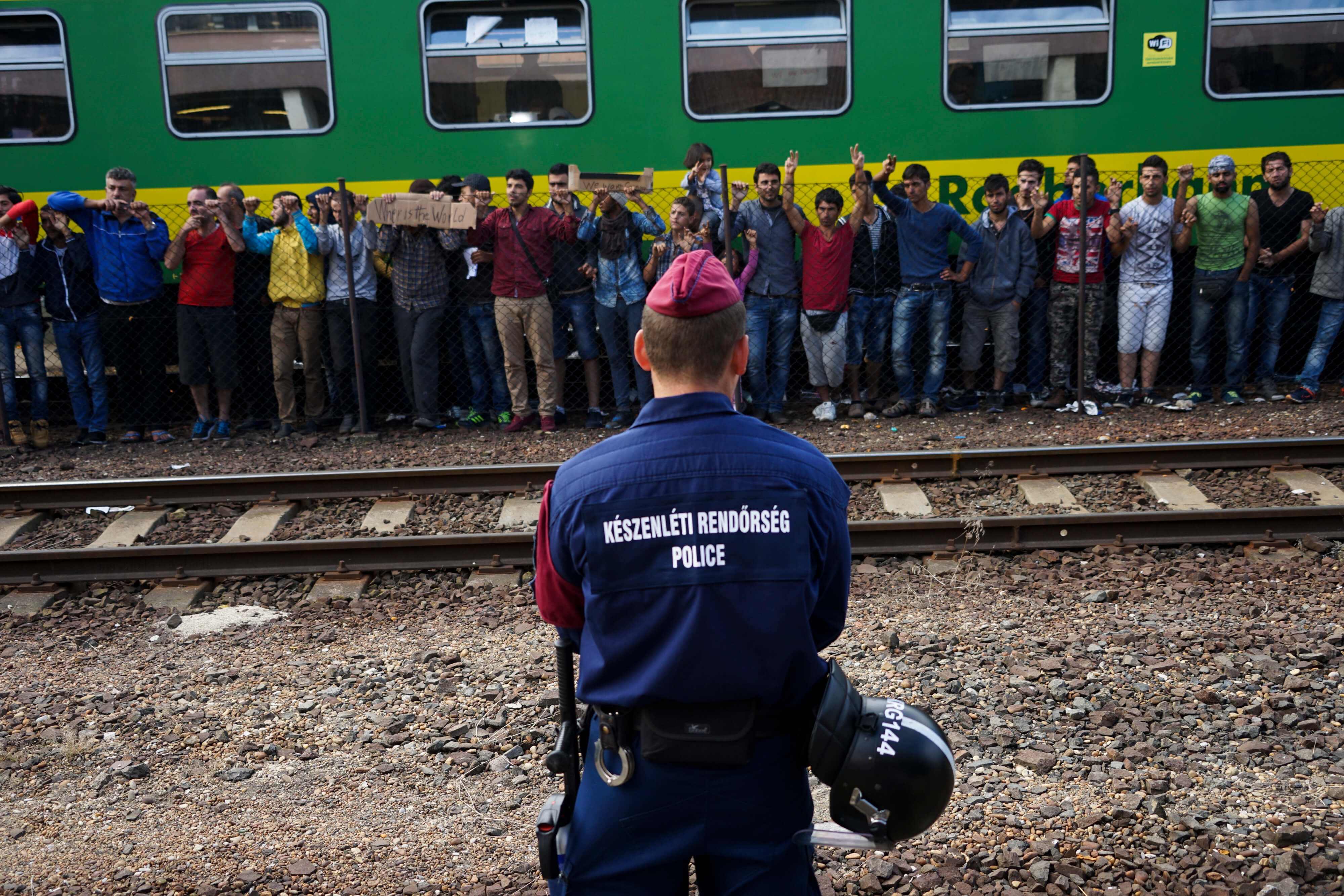 The conflict in Syria that began over four years ago has now claimed 250,000 fatalities and led to the displacement of over 4.2 million. The sheer numbers and requirements of the refugees have stretched beyond the capabilities of bordering countries such as Turkey and Lebanon. The European Union has been forced to formulate a wide scale strategy for taking in migrants, with Germany taking the lead in its response towards accepting large numbers of migrants. Although far removed from the conflict, Canada has also been looking over its responsibilities and options towards contributing to the international effort of providing the Syrian refugees with a safe environment. Since 2013, Canada has accepted 2,300 Syrians, but UN data shows that more than 4 million Syrians with refugee status remain and are seeking resettlement. Refugees became an increasingly politicized issue throughout the 2015 Canadian federal election, with promises made by all sides.

Canada has a long history of taking in refugees from global conflict zones. In 1999, Canada welcomed 5,000 Kosovar Albanians fleeing ethnic cleansing in their home country. Their relatively quick extradition from conflict zones was made possible through the judicious use of CAF assets, specifically the 8 Air Force Wing at Trenton, where medical, customs and welcome centers were swiftly established. Retired Gen. Gaston Cloutier, who oversaw the operation, believes that this could be replicated for the current situation: “From my perspective, the military could play a great role, an important role, in accepting Syrian refugees. I won’t even guess as to the numbers Canada should or could accept, but if we were to act very quickly, it would be logical to involve the Canadian Forces in accepting and screening Syrian refugees coming to Canada.” During the final stages of the Vietnam War, Canada brought over 60,000 boat people into the country within a time frame of 18 months. This was also made possible through the heavy involvement of the Department of National Defence (DND) and CAF, along with CSIS and other security agencies. With the newly elected government’s promise to bring in more than 25,000 Syrian refugees by the end of the year, involving the CAF may be once again necessary.

While the target number may be possible, two immediate problems have been raised. The first has come from within the established community within Canada that advocates for refugee rights and intake. Chris Friesen, a prominent figure in the Canadian Immigrant Settlement Sector Alliance, has raised concerns with Immigration Canada officials that the country lacks the required infrastructure to meet the full spectrum of needs that the refugees will display, including housing, language programs and psychological evaluations. “It really is impossible from our perspective, and working on the ground for many years, to pull this off before the end of December,” said Friesen in a media statement. Instead, the timeline should be pushed back to December 2016, keeping it in line with the suggestion from the UN High Commissioner for Refugees.

The second concern deals with security and defence issues. Even with recent cargo plane procurements in the 2003 Strategic Lift Aircraft Replacement Program, the CAF no longer has the capacity to meet the demands of transporting 25,000 refugees in a two month period, let alone the subsequent habitation and support that would have to be provided for them. Focusing on transporting the refugees to Canada would also leave CAF in theatres such as Iraq, Syria and Easter Europe without adequate aerial support. During the 2006 evacuation of Canadian nationals from Lebanon, a similar situation saw the Canadian government instead lease civilian aircraft for the majority of the 65 airlifts out of the country; the CAF made just four. Canadian officials should carefully consider the issue of the humanitarian concerns of aiding refugees taking primacy over established defence commitments.

Canada is fortunate because its geographic locale allows choice for which refugees are eventually taken in. Comparatively, countries in the Middle East and Europe have been forced to take indiscriminately from the millions of refugees crowding at their borders. Canada has primarily chosen to bring in women, children, and refugees who already have family connections in Canada, a relatively safer and vetted demographic. Of the 411,567 refugees who have entered the European Union by sea, over 72% have been male. While no data exists as of yet for those entering by land, it is thought by UN officials to be even higher. Consequently, the influx of unemployed, psychologically damaged young men from war torn countries has seen rates of violence, rape and murder skyrocket, an issue that Canada has so far been able to avoid by its selective intake of refugees.

Problematic political promises made during elections by all sides should be carefully considered so as not to jeopardize the safety and way of life that Canadians enjoy. Since the 1985 Supreme Court decision in Singh vs. Minister of Employment and Immigration, refugees who make it to Canadian soil are immediately granted full rights as citizens under the Canadian Charter of Rights and Freedoms. This is not only expensive, but also makes it extremely hard to deport refugee applicants who have been identified as security risks. The legacy of this ruling means that refugees should continue to be processed at UN facilities outside of Canada, and only when their claims are fully processed, be admitted into the country. As Kosovo proved, working with the CAF, accepting reasonable and pre-determined numbers of refugees, and following the advice of established refugee advocacy groups is a safer way not only for the refugees themselves, but the future security of all Canadians. The effect of heavily involving CAF assets on defence capabilities is a carefully calculated risk, but the CAF’s involvement and expertise would enormously benefit the security and expediency of the operation.