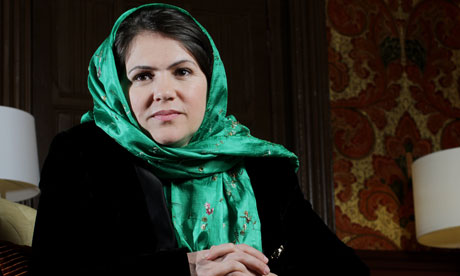 Afghanistan was at the top of the agenda when world leaders met this month at NATO’s Chicago summit. Important issues, including a timetable for troop withdrawal and the Alliance’s post-2014 support and training role, were agreed upon. The second focus of the discussion on Afghanistan was on human rights, democracy, and the rule of law—with the Alliance proclaiming its continued dedication to these ideals. To achieve these difficult objectives, NATO has allocated $3.6 million in military assistance. The strategy being used to achieve these goals, however, makes it appear to be nothing more than a distant aspiration. If there is a lesson they have learned about interventions over the last 50 years, it is that if they are not undertaken with a holistic approach, they will not be effective. The inability to protect human rights in Afghanistan highlights a failure in this intervention strategy.

Among the failures of the war in Afghanistan was the inability of the Alliance to establish the rule of law and to persuade the regime of Hamid Karzai to protect human rights. Nonetheless, during the Chicago Summit the importance of women’s rights in achieving security and democracy was emphasized. This discourse highlights growing international understanding that treatment of women is a predictor of peace in a country. During its deployment in Afghanistan, NATO embraced United Nations Security Council Resolution (UNSCR) 1325, which maintains that concerns regarding security, the economy, and governance cannot be rectified without the participation and protection of women. The NATO-led, ISAF mission in Afghanistan was said to have represented these ideals with the implementation of women’s empowerment programs. To this extent, NATO issued gender awareness training to personnel prior to deployment and utilized gender experts and female soldiers in ISAF’s field teams.

In addition to making NATO teams aware of cultural sensitivities, gender awareness programs have made important advancements in women’s rights in Afghanistan over the last decade. President Hamid Karzai guaranteed his support for gender equality and accepted the Convention of the Elimination of All Forms of Discrimination against Women. Millions of girls are now attending school, with the numbers dramatically increasing from 5, 000 in 2001 to 2.4 million in 2010. Important advancements were also made in access to health care and employment. Within a year of the removal of the Taliban, a female minister for Women’s Affairs was added to the Afghan government. Other changes that promote long-term female empowerment were also introduced, namely, the constitutional guarantee that a quarter of parliamentary seats be reserved for women and the inclusion of women in important public roles. There are 69 women in parliament and the ministries of Women’s Affairs and Public Health are headed by women. In addition, the Afghan armed forces now have 1, 193 women serving.

Where are Women’s Rights?

While, the discourse around these advancements has been important in increasing women’s rights, their future protection in Afghanistan appears to be increasingly threatened. A deficit in the rule of law impacts the whole of Afghan society, while women and children face the harshest consequences. Women acting in accordance with new laws and norms adopted by the government regarding gender equality, without institutionalized accountability measures to defend them, are put at risk. Constant threats toward female human rights activists, parliamentarians, and students, indicate that the implementation of these conventions and norms has yet to be very effective. Furthermore, the introduction of discriminatory laws and regulations, including the legal imprisonment of women and girls for “moral crimes,” illustrates that women continue to be targets of a highly patriorchical “justice” system. As a consequence, the goals set by NATO for these programs have not been fulfilled. The objective, as stated by Dr. Stephanie Babst, acting NATO Assistant Secretary at the Conference on Women, Peace and Security, was to: “over time (have) these measure help to build up trust and confidence between local communities and ISAF.”

Adding to the unsatisfactory situation of women’s rights in Afghanistan, are various human rights violations by security forces. A huge disappointment of the Chicago Summit was that the Alliance failed to persuade the Karzai government to implement oversight measures for the Afghan National Army and Police. To validate democracy, the rule of law should uphold personal freedoms, civil rights, and it should hold everyone equally accountable. Security forces should be accessible and accountable to the people they are supposed to protect. There are independent groups which could be utilized to do this, such as the Afghan Independent Human Rights Commission, but NATO maintains that getting involved in this part of Afghanistan’s domestic affairs is beyond their mandate. As a component of their mandate, the Alliance stands behind the value of civilian leadership. NATO’s plan has thus far been for the Afghan Interior Ministry to hold security forces accountable – which it has failed to do. Meanwhile, NATO continues to fund and train armed forces which cannot be held accountable for their actions. In combination with the lack of a well functioning justice system, women will not have an avenue to guarantee their rights are respected. The result has been a complete failure to ensure that armed forces are accountable to the law and to ensure significant protection of women’s rights.

A Human Rights Watch report from September 2011 shows human rights violations by security forces, with frequent allegations of assault, rape, illegal and arbitrary detention, extortion, and drug trafficking. Furthermore, security forces often ignore laws that protect women, including those that make domestic violence a crime. Hamid Karzai is unlikely to enforce accountability measures due to the fact that his (weak) support base centers around warlords – with obviously poor human rights records. Meanwhile, as Karzai appeals to conservative constituents, the future of women’s rights appears to be grim. As a BBC report noted, supporting these groups has driven the Karzai government to endorse statements regarding the segregation of women and men in the workplace and in education, as well as preventing them from travelling without a male relative. In a BBC interview, politician and human rights activist, Fawzia Koofi outlined the precarious situation for women and their allies: “If they (NATO) leave without giving us an assurance for our own security, the women’s rights activists will be the first victims.”

Justice for women requires them to have an avenue for recourse. NATO’s inability to have the Karzai government implement oversight measures on security forces threatens the advancement of women’s rights in the area, and therefore the stabilization of democracy. What appears clear from the Chicago Summit is that neither NATO nor the Afghan government has yet to fully absorb the reality that the mission in Afghanistan will not succeed without respect for human rights.  As the Alliance tries to withdraw its troops from the country, it should ensure that the government is responsive to human rights concerns and the rights of women in particular. For sustainable women’s rights, NATO needs to convince the Karzai government to hold the security forces that the Alliance is training and arming accountable for their actions against civilians, thereby enforcing the protection of all Afghans.

Alexandra Zakreski on why women in Turkey have been particularly active in the Taksim Square protests.

Is Obama Responsible for the Rise of ISIS?

Our editors and special contributor, Professor Asher Susser of Tel Aviv University, consider a question sure to be asked during next year’s U.S. presidential election.

It’s Time for Canada to Reengage with Iran

With Iran’s increased cooperation with the United States, the reasons for the break in diplomatic relations between Iran and Canada have eroded. Carter Vance explains the value of resuming the diplomatic course