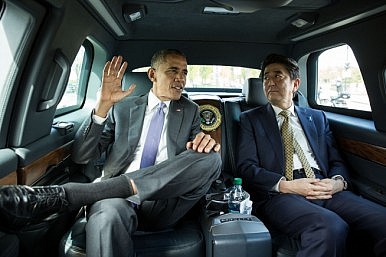 The US-Japan security alliance is one of the most important in the Asia-Pacific region. It has evolved considerably since its inception in the early days of the Cold War, when it was weighted heavily towards the role of the US in north-east Asia to one in which Japan is increasingly assertive. The first of two key dates in this transition is November 1978, which occurred less than three years after the Fall of South Vietnam. The US and Japan issued their first defence guidelines outlining for the first time, the areas of cooperation in the event of an attack on the Japanese home islands, assumed at the time to be by the Soviet Union and China. These guidelines restricted alliance actions strictly to the defence of Japan. While US interests also included South Korea and even Taiwan, consecutive governments in Tokyo resisted US pressure to increase the military footprint of the Japanese Self-Defence Forces (JSDF) and potential action beyond the core interest of Japan’s sovereignty.

In September 1997, these guidelines were revised under the Clinton Administration. In the face of an increasingly belligerent North Korea, the US-Japan alliance expanded its operational remit to North-East Asia. This further opened up Japanese military bases to US forces in the event of a major emergency in the Asia-Pacific region. Other areas subject to revision included expansion to minesweeping operations and sanctions-enforcement, both roles the JSDF had undertaken in the aftermath of the 1991 Persian Gulf War. The key aspect of these guidelines, however, remained the restriction of alliance military operations to the region around the Japanese home islands and the immediate vicinity of Japan’s core interests, clashing with wider US interests in the Asia-Pacific.

The updated 2015 US-Japan guidelines has greatly expanded the operational area of both nations’ forces, removing the geographic restrictions specified by the 1997 guidelines and 2004 revisions. The alliance is now no longer limited to operations in the vicinity of North-East Asia such as the Korean peninsula. This opens up the possibility previously suggested by the US 7th Fleet, that the United States and Japan could send warships and aircraft on joint patrols into the disputed South China Sea.

The second key point is the expansion of the Japanese Self-Defence Forces’ role in terms of collective self-defence, as agreed by the Abe Cabinet in July 2014. Under the 2015 defence guidelines, the Japanese military will not be sent directly into a “hot” combat zone. Japan will, however, provide increased intelligence and logistical support to US forces in theatre. JSDF aircraft and ships will offer asset protection to US bases and support vessels in the rear, and the US and Japan will further increase cooperation on ballistic missile defence. Furthermore, Japan’s self-defence force personnel deployed under a United Nations peacekeeping mandate will have greater roles protecting other UN peacekeepers and civilians.

To those on the right of Japanese politics, memories of JSDF reconstruction teams in Iraq being protected by Australian Special Forces as they underwent their duties, and more recently, UN-Japanese troops being unable to come to the aid of fellow UN peacekeepers under fire in South Sudan, represent twin embarrassments.  The 2015 guidelines will seek to give one of the world’s most modern equipped forces the mandate to act as a military.

Since the first US-Japan guidelines were drawn up in 1978, the United States has pressed Japan on the eventuality of an alliance response to a third party being attacked, with the focus being South Korea and to a lesser extent, Taiwan. Under the 2015 guidelines, Japan will not send its armed forces into battle unless the home islands themselves fall under attack. In order to adhere to the Abe government’s policy on collective self-defence, Japan will cooperate with the United States in the event that a treaty ally, such as South Korea, should face aggression.

Concerning South Korea, the response has been of significant interest. In spite of Japan’s being a US treaty ally, there is intense distrust in Seoul of Shinzo Abe and the Japanese military. In March 2013, when North Korea under Kim Jong Un conducted a nuclear test, closed the Kaesong industrial region and threatened war, the US military revealed plans for a massive non-combatant evacuation of 140,000 American citizens from South Korean airports and along the southern coast. Japanese maritime assets including helicopter carriers would have participated in such an operation, but this was rejected by Seoul, which objected to the presence of Japanese military in Korean territory. In the context of Korean-Japanese relations, Seoul’s acceptance of the new defence guidelines represents an act of the head but not the heart. Memories of Abe’s visit to Yasukuni Shrine and comments on comfort women are still fresh to many South Koreans.

By contrast, the response from the increasingly nationalist Chinese state media to the US-Japan guidelines was vitriolic to the point of hysteria. In an op-ed on April 30 2015, the Xinhua news agency denounced Tokyo’s increased security measures. It evoked once again imagery of the Second World War, stating that “for a nation notorious for sneaky attacks, most famously against Pearl Harbor, the new arrangement will resurrect the ghosts of Japan’s militaristic past in the region”. Since the escalation in 2012 of the East China Sea dispute, Japan’s defence reforms have increasingly been the subject of repeated nationalist criticism from Beijing, with parallels often being drawn between the reforms and Japan’s militarization prior to the Pacific War. Prime Minister Shinzo Abe is himself effectively persona non grata for the Chinese leadership and it was only with great reluctance that Xi Jinping met Abe in Beijing in the fall of 2014, resulting in the now famous handshake between the two.

To conclude, the defence guidelines continue Japan’s transition to a more assertive actor. The removal of limits to the geographic reach of the US-Japan alliance is arguably the key change. Nevertheless, Japan’s process remains one of evolution rather than revolution and it is a case of Japan’s going global strategically rather than militarily.