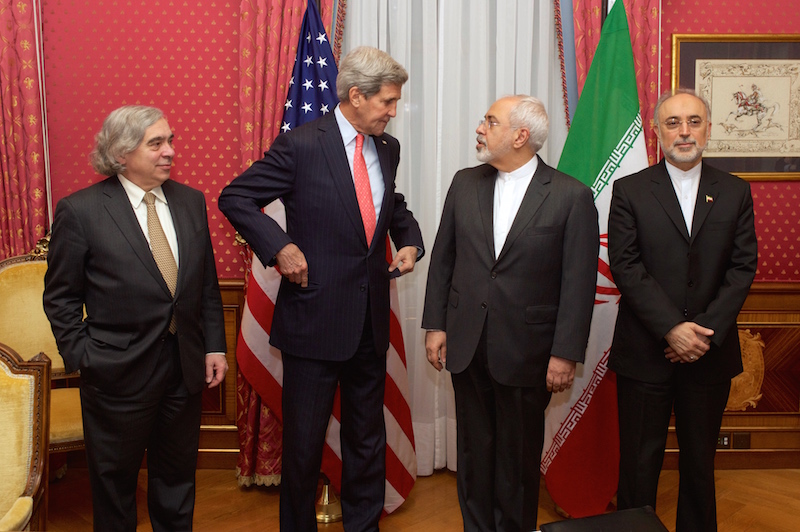 On June 15, 2016, the International Court of Justice (ICJ) announced that Iran has instituted proceedings against the US in the hopes of preventing the US from distributing 2B USD out of the frozen assets of the Iranian Central Bank, Bank Merkazi, to compensate American victims of overseas terrorist attacks. The US, acting on a Supreme Court upholding of a 2012 law enabling victims’ relatives to seek compensation, has alleged that Iranian funds supported these attacks and intends to make distributions from the Bank’s assets.

Iran has denied responsibility and accused the US of using the attacks as a pretext to drain its funds after unfreezing them under the Nuclear Deal. However, instead of exercising the dispute settlement procedures outlined in the Nuclear Deal, which do not involve the ICJ, Iran instead cited breaches of the 1955 Treaty of Amity, Economic Relations, and Consular Rights, which grants the ICJ jurisdiction to settle its disputes. It seems odd that Iran would cite alleged violations of the Nuclear Deal as breaches of another agreement. But, Iran may be acting out of a desire not to lose all the progress it has made in light of the Nuclear Deal, while simultaneously challenging the US’ dominance in the international arena. Iran seems to be unconcerned by the weakness of its case, instead using international law to advance inherently political aims.

The Case at Hand

It is likely that the ICJ will have jurisdiction over the dispute, given that Iran framed the violations as direct breaches of the Treaty. Article XXI-2 states that “any dispute between the High Contracting Parties as to the interpretation or application of the present Treaty, not satisfactorily adjusted by diplomacy, shall be submitted to the [ICJ], unless the High Contracting Parties agree to settlement by some other pacific means.” However, the ICJ also must have jurisdiction over the subject matter of the dispute in order to adjudicate it. In its proceedings, Iran has alleged that the US courts violated a number of the Treaty’s provisions. The provision most important to Iran’s claim is Article IV, paragraphs 1 and 2, on the US’ unfair and discriminatory treatment of all Iranian companies and their property, impairing the legally acquired rights and interests of such entities, and a failure to accord to them the most constant protection and security.

Judging by America’s position in the Supreme Court case, Bank Merkazi v. Peterson, the US may argue that majority of the allegedly breached provisions, including Article IV, do not apply to Bank Merkazi or other government agencies. If the ICJ adopts this perspective, then US’ actions do not implicate nor violate the Treaty. Even if the ICJ accepts jurisdiction based on other provisions short of Article IV, this would drastically weaken Iran’s case. Given that Article IV is seen as “importing” international law into the Treaty, it thereby exceeds the scope of applicable legal norms. Furthermore, it is unclear as to whether the ICJ would accept jurisdiction over a dispute inherently arising out of another another agreement, specifically, the Nuclear Deal.

Another weakness of Iran’s case recognizes that even if the ICJ finds that it has the required jurisdiction over both parties and subject matter, it may still decline to adjudicate. Article XXI-2 of the Treaty grants the ICJ jurisdiction should the dispute “not be satisfactorily adjusted by diplomacy” and assuming that parties do not “agree to settlement by some other pacific means.” Hence, the ICJ would likely decline to adjudicate if it establishes that diplomatic means have not been adequately exercised. In 2011, it declined to adjudicate a dispute between Russia and Georgia because the prerequisite to settlement by the ICJ as stipulated in the allegedly violated treaty – negotiation – had not been pursued.

When Iran threatened to institute proceedings back in April 2016, lawyers suggested that in preparing for a likely negative outcome, Iran may be willing to continue protest so long as it does not jeopardize the Nuclear Deal. This raises questions as to why Iran would choose to pursue settlement using international law. Iran may be capitalizing on the Obama administration’s desire to portray the Nuclear Deal as a positive achievement. Thus, it is making threats knowing that the US may choose not to respond, avoiding public confrontation. By instituting the proceedings, Iran may have already achieved its main goal of challenging American hegemony in the international arena. Thus, international law is only tangentially important to the situation at hand.

The reality is Iran should assert that by continuing to impound and distribute Iranian assets, the US is violating the Nuclear Deal, which required the US to unfreeze Iranian assets within American territory. The Nuclear Deal outlines dispute resolution provisions, however, Iran may not wish to pursue those remedies and confront the US within the context of that agreement in view of all it has gained. Instead, Iran may choose to resort to a secondary tool to pursue its case, more for its political statement rather than legal effect.

Photo: The Ministers of Foreign Affairs of the United States and Iran, John Kerry and Mohammad Javad Zarif. Courtesy of the US Department of State.