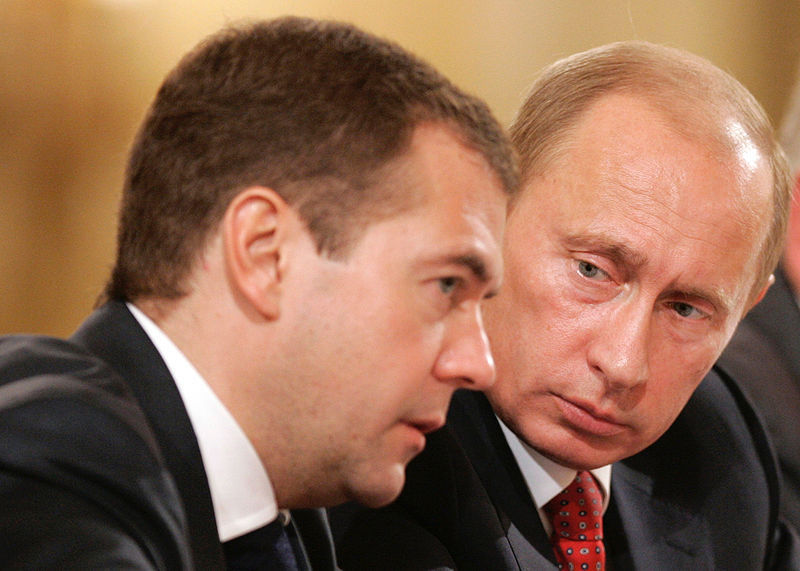 In May 2017, a poll from the Levada Center showed the popularity of Russian Prime Minister Dmitry Medvedev falling. In April 2017, only 44 percent of the population approved of Medvedev’s activities while 54 percent disapproved. This is a decrease from a similar poll released in November 2016 that had his approval ratings at 52%. This decline is due to a political opponent, Alexei Navalny, who has revealed on his YouTube channel that Medvedev acquired mansions, yachts and vineyards while in office. This sparked an outrage throughout Russia, due to the country’s high levels of corruption and declining living conditions of the middle and lower classes. Thousands took to the streets in major Russian cities including Moscow and St-Petersburg in March 2017, protesting against government corruption. More importantly, younger Russians have been very present in these protests: this could signal the dawn of a post-Putin era. In contrast to Medvedev, Russian President Vladimir Putin is much more popular: 82 percent of the population approved of his actions in April 2017, with only 18 percent disapproving. Could Putin choose a new Prime Minister to preserve his own popularity and that of the Russian regime? It depends.

The end of the Putin-Medvedev tandem?

Medvedev is replaceable as Putin has always been the one pulling the strings of the Russian regime since he obtained power in 2000, regardless of Medvedev being President (2008-2012) or Prime Minister (since 2012) of the Russian Federation. The two men have always worked in an asymmetric tandem, with Putin leading the way and Medvedev meekly following. When tension arose between the two in 2011, Putin had the upper hand – he announced he would run for president in 2012, and Medvedev accepted. Thus, if the latter’s popularity continues to fall due to corruption scandals, Putin could appoint a new Prime Minister to preserve his own popularity and that of the Russian regime. A drop in Putin’s popularity could undermine his  legitimacy for the 2018 elections, in which he is expected to run. Keeping Medvedev away from power would symbolically signal that the Russian regime is taking a stance against corruption, and could potentially limit any further waves of protests. This would, however, only be a facade: Russian corruption, domestic politics or foreign policy would change little, and Putin, in replacing Medvedev would likely choose a new marionette that is loyal to him. It is probable that the newly appointed Prime Minister would be close to Putin, and owe his ascent in Russian politics to him.

Putin must also consider that replacing Medvedev would be sign of weakness from the Russian regime, proving it has faltered in the face of the public upheaval triggered by Navalny. Giving credibility to political demonstrations could lead to increased protests against Medvedev and Putin, potentially centered on demands regarding the amelioration of  the population’s standard of living. If Medvedev is replaced before the 2018 elections, a new wave of protests throughout Russia could also undermine Putin’s legitimacy. Thus, if Medvedev’s popularity continues to fall, he is most likely to be replaced following the 2018 presidential elections. Keeping him in power until then may have less impact on Putin’s popularity than replacing him in the coming months. In any case, the decision to keep Medvedev in power, along with the reins of Russian politics, will remain in the hands of Putin.

The rise of the Russian youth

What must also be taken into account is that political opponents such as Navalny may have a more far-reaching impact on Russian society than just cause a decline in Medvedev’s popularity. It is unlikely that they will ever gain influence within the Russian political system under the rule of Putin without being repressed or even killed; but, as proven by the recent protests, political opponents may manage to exert pressure on the Russian regime from outside by triggering waves of public upheaval. More importantly, they can spark a sense of consciousness within the Russian youth, as shown by the age of protesters in the recent protests. The fact that many of those who protested in March had only known Putin’s rule, and were protesting against the regime and political corruption, may act as a catalyst for change in Russian society on the long term. Whereas older generations had accepted Putin’s autocratic rule, in exchange for higher living standards, it is uncertain whether today’s youth will settle for such a compromise. They may continue to demand more transparency from the Russian regime. If this desire for change survives as time passes by, it could signal the dawn of a post-Putin era. As Putin becomes older and clings onto power, the younger generations will grow and could spread their ideas for change throughout the whole of Russian society. Far-reaching popular pressure on a weakened Russian regime could lead to its collapse, and potentially initiate a transition towards a less corrupt and more democratic regime. Nevertheless, for that to happen, the Russian youth must continue to openly oppose the regime and face limited repression. With Putin in power, however, nothing is less certain.

Photo: Dmitry Medvedev and Vladimir Putin in 2008, via Wikimedia Commons. Licensed under CC BY 3.0