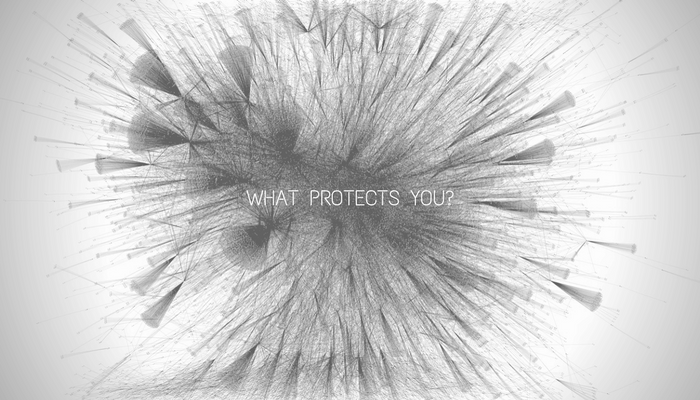 In reality, although surveillance may make people uncomfortable, the affect on day-to-day life for most is minimal. It is especially important to remember that mass surveillance means monitoring all activity, meaning that an individual’s embarrassing post or even risqué photo really does not stand out. Although government access to these things may be unpleasant, it is a relatively small price to pay for national security. The media often encourages opposition to surveillance by accusing agencies of violating privacy rights, yet rarely are those rights ever explained. Furthermore, the Canadian public is often given the false impression that the Canadian government has the same surveillance power as the American government.

Legislation regarding privacy rights in Canada is multi-facetted. Section 7 of the Canadian Charter of Rights and Freedoms guarantees the rights to “Life, liberty, and security of the person”, while Section 8 guards against “unreasonable search and seizure”. Federally, the Privacy Act outlines Canadians’ rights against government information gathering. In addition, each of Canada’s intelligence agencies have specific laws that they must comply with to protect Canadian privacy.

What gives ‘them’ the right?

Post 9/11, numerous bills have been enacted, giving the government unprecedented rights to bypass privacy in favour of national security. This legislation was, for the most part, mandated by UN Security Council Resolution 1373, which almost immediately after 9/11 called for all member countries to prevent terrorism related activities, including recruiting and financing.

The Anti-Terrorism Act (ATA), one of the first pieces of Canadian legislation to come out after Resolution 1373, made several significant changes to electronic surveillance laws. Most significantly, electronic surveillance of suspected terror affiliates is no longer only usable as a last resort when all other means of investigation have been exhausted. The allowed length of a wiretap was also increased from 60 days to one year, and disclosure to the individual is now not required until three years after surveillance has ended. Biological identification laws were also extended to include those convicted of terrorism related offences into the National DNA Databank. It is important to note that electronic surveillance and DNA collection both require a warrant.

Casting an even wider net was the amendment to the National Defence Act in the ATA in regards to the CSE. The Government of Canada’s Anti-Terrorism-Act authorizes the CSE:

These authorizations are very vague in nature, which for many Canadians raises concerns about their implementation, specifically what qualifies someone for electronic surveillance.

The Anti-Terrorism Act, 2015 (ATA 2015), more commonly known as Bill C-51, is seen by Canadians as reducing their protection from surveillance and intelligence collection even further, making it extremely controversial. The Act made it legal for any Government of Canada institution to share information that may pertain to a terrorist threat with another Government of Canada institution that deals in national security. The Act also extended the powers of the Canadian Security Intelligence Service, allowing them to act against, rather than just collect intelligence about, any action that threatens Canada’s national security. Although still requiring a warrant to act in any way that violates the Charter of Rights and Freedoms, the public is concerned with the interpretation of what violates the Charter, and who gets to make that decision. Furthermore, the Act also allows for the Minister of Public Safety and Emergency Preparedness to determine a list of individuals that pose a threat to air travel and share that information with airlines. Another concern with this Act is that it made propagating terrorism related activities an indictable offence, even when it is not guaranteed that that individual would ever act on these expressions. In doing this, the net of people that may qualify for surveillance activities also increases.

Within the mandates of the CSE and the CSIS Act are very specific guidelines about how surveillance and intelligence collection activities can be carried out, under which circumstances that information can be shared among government institutions, and how long that information can be kept for. Most importantly, any time a Canadian is going to be spied on in a way that violates a Charter Right, Federal Court Warrants are required. Both organizations are also subject to external review boards. All activities of the CSE are subject to review by the Office of the CSE Commissioner, who must be a supernumerary or retired judge of a Superior Court. In addition, the Privacy Commissioner of Canada, the Auditor General, the Information Commissioner, the Canadian Human Rights Commission, and the Commissioner of Official Languages also confidentially review all information and activities by the CSE. The CSE also has in-house council to ensure operations are legal. CSIS is subject to the review of the Security Intelligence Review Committee (SIRC), an external and independent body that reports to parliament. The reviews and recommendations that SIRC publishes are available to the public on its website.

This article is part of a four-part series. Check out parts one, three, and four, which discuss intelligence collection in Canada, Snowden in Canada, and thwarted threats to Canada.