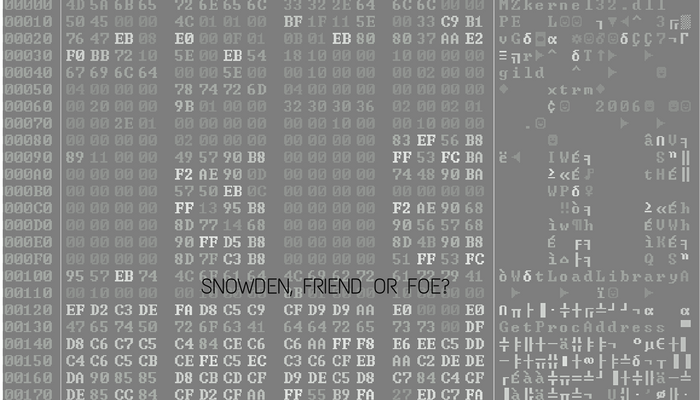 The Snowden revelations, while being mainly US-focused, did reveal the 2012 CSE operation, Levitation. Levitation uses the data from Internet cable taps from a separate CSE operation (Atomic Banjo), which collects uploads and downloads from approximately 120 file-sharing sites. The CSE flags around 350 suspicious files each month for further investigation, which represents a very small fraction of the up to 15 million daily downloads that it has access to. Although analysts are looking for terrorism related files, one analyst joked about the relatively frivolous nature of most of the files that they come across. From this data, the IP addresses of the website users can be traced and investigated further. The main concern for privacy advocates is the large scope of this style of surveillance, due to the invasion of privacy on people that are not suspected of any criminal activity (thereby violating the section 8 Charter right against unreasonable search and seizure). Another concern is the possibility of targeting the Internet activities of Canadians. In the leaked documents, two Montreal IP addresses were listed as suspicious.

Even to Canadians, the response to the Snowden leaks was nothing short of shock, yet, was it really that surprising? When we drop information into an electronic void, should we be surprised that there is someone on the other end collecting it? The NSA and the CSE didn’t steal computers, they took information that was already out there, in the cyber-universe, and looked for signs of terror.

The concept of mass surveillance, or even surveillance the way the CSE and CSIS conducts it is not without flaws. Outside of privacy concerns, there is also the concern that surveillance gives way to racial profiling. This concern is of course valid. However when using mass surveillance, photos and names are reduced to IP addresses and online handles. Additionally, CSIS has addressed the threat of left and right wing extremism, eco-terrorism, white supremacy, and so on. The fact that CSIS is aware of so many diverse domestic terror threats indicates that one group alone is not being targeted.

Another concern is that surveillance and the Anti-Terrorism Act, 2015, compromises the Section Two Charter right to freedom of expression. There is an important distinction to be made here: monitoring what is being said and done online is not synonymous with stopping it. CSIS and the CSE are not aiming to create a society that mirrors George Orwell’s Nineteen Eighty-Four, in which everything that can be said and done is determined by the government. Rather, the ATA, 2015 criminalizes only the communicating, advocating, or promotion of the commission of an act of terrorism. This means that should someone propagate the use of violence, only those actions will be met by legal action. This does not prevent someone from having or discussing beliefs that would be considered extreme. Furthermore, even if these discussions are flagged for further investigation, unless acts of terrorism are being advocated or encouraged outright, individuals still have the right to express their opinions.

In Canada, violations of privacy rights and freedoms are only acceptable for the prevention of specific, predetermined activities. The concern is that mass surveillance negates these specific circumstances that allow for invasive intelligence collection, and instead gather information on people that are not suspected of any crimes at all. This dragnet approach is intended to be preemptive so that individuals and groups who do not present any obvious red flags (but still present a risk) are not overlooked.

Ironically, Edward Snowden has released more private information to the public than the government has, as there is no record of the Canadian or American governments having released non-threat related information to the general public at any point in recent history. While oversight and accountability are of course cornerstones in a democratic society, we must recognize that some things are kept “top secret” for the benefit of society, not for its demise. It is important to recognize that the general public cannot always be the body conducting oversight, because hidden within the general public are those that intend to do harm. The call for greater oversight is valid, but whistle blowing is a dangerous way to go about getting it.

The NSA has recently made the details of all of their surveillance tactics publicly available, yet there is still a cry for complete transparency. The CSE has been accused of having the weakest oversight of any surveillance agency, but again, it is important to recognize that lack of public transparency does not equate to a lack of oversight. In the interest of national security, the general public must acknowledge that in order to receive protection from our government, we must also place some trust in it.

This article is part of a four-part series. See parts one and two for more information on Canadian Intelligence. Stay tuned for Part Four, which will discuss the proportionality of Canadian Surveillance in the context of thwarted threats.