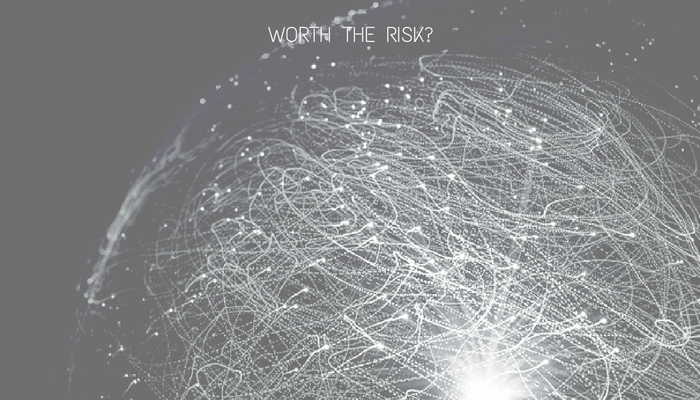 Should Canadians have to monitor what they post, or else risk private posts being seen by government eyes for the sake of national security? For the sake of comparison, we can look at the Oakes Test, which is used in Canada to determine if a government violation of a Charter right is reasonably proportional to the benefits. Setting a precedent in the 1986 Supreme Court Case R v Oakes, this test is an interpretation of Section One of the Charter, often known as the reasonable limits clause, which states that “The Canadian Charter of Rights and Freedoms guarantees the rights and freedoms set out in it subject only to such reasonable limits prescribed by law as can be demonstrably justified in a free and democratic society”.

The conditions of the Oakes Test are as follows. First, the infringement of the law must be to meet a goal that is both pressing and substantial. Given the ongoing worldwide acts of lone wolf terrorism, whether rooted in religious beliefs, political grievances, or social causes, it is clear that there is a pressing and substantial risk to national (and international) security. The second condition seeks to determine if the infringement is proportional, which is only satisfied when three sub-conditions are met. There must be a rational connection between the law and the goal; the law must minimally impair the violated Charter right; and the effects of the law are proportionate to the benefits. In today’s cyber-society, it is rational to think that increasing electronic surveillance will increase detection of threats to national security. Canadian surveillance is also minimally invasive, given that it requires warrants to actively investigate Canadians, and the activities of CSIS and the CSE rarely affect the day-to-day lives of the general public.

The final condition is where things are often tricky. In this case, is the invasion of privacy is too high a price to pay for security? This question is better answered with actual examples of terrorism attacks thwarted by surveillance and clandestine intelligence. According to CSIS director Michael Coulombe, approximately 60 individuals are suspected to have returned to Canada after fighting overseas, and another 90-100 individuals are looking to leave Canada and join the overseas conflict, fighting with terrorist groups. An unclassified document put out by United States Homeland Security detailed 64 arrests made in the US between January 2014 and September 2015 with varying links to ISIS. Of those arrested, some were for advanced-attack plotting, some for “aspirational” plotting, and many were for attempting to travel abroad to fight with ISIS, or providing material support. Two of the arrests were of men with body armour and advanced weaponry that they planned to attack an art contest with, where cartoons were being drawn of the Prophet Muhammed. These overwhelming numbers only account for Jihadi-terror threats, which means actual numbers that include political and social cause extremists are likely much higher.

The greatest indicator of the benefits of surveillance in Canada came in the way of the Toronto 18 plot. This Ontario based plot was thwarted through the combined efforts of several Canadian intelligence and law enforcement authorities, most significantly CSIS. The plan was to storm Parliament Hill, a Toronto CSIS building, and CBC, while simultaneously detonating truck bombs near major buildings in Toronto. According to Supreme Court Justice Bruce Durno “The results would have been catastrophic”. The intent was to have Canada agree to pull its troops out of Afghanistan. One of the Toronto 18 plotters wanted to hold politicians hostage and behead them until this demand was met.

Fortunately, when ringleader Fahim Ahmad took to the Internet to read and distribute Jihadist propaganda with other Jihadis located in Canada, the US, Bosnia, and the UK, he drew the attention of CSIS. Thanks to Internet monitoring, CSIS was able to watch the development of the Toronto 18 plot from the beginning. When foreign Jihadis entered Canada to assist in plotting the attack on Toronto, when the men attended a pseudo-training camp in the Orillia woods, and when huge shipments of fertilizer were delivered to the men, CSIS, partnered with the RCMP was able to infiltrate and ultimately thwart the attack. Had CSIS not been monitoring cyberspace, Ontario might have had an attack on the scale of 9/11.

Furthermore, while Canada’s extensive oversight and strict laws governing surveillance are important for protecting Canadian’s fundamental rights and freedoms, it is possible that not having a system comparable to the extensive American surveillance network will eventually cost Canadians. Aaron Driver was a Canadian under a peace-bond because authorities were concerned that he was planning a terrorist attack, after already being on CSIS radar for his Twitter activity. He planned to attack a large urban centre. Despite being aware of the threat Driver posed, the RCMP and CSIS did not detect the martyr video Driver posted online, pledging his allegiance to ISIS and detailing his suicide bomb attack plans. Thanks to a cross-boarder tip from the FBI, the RCMP was able to stop Driver within the 72-hour window before he would carry out his plan. Once the RCMP had Driver cornered in a taxicab, he detonated his bomb, proving he posed a tangible threat that Canada missed.

In the current threat environment, Canada cannot afford to sit back and hope our neighbours to the south, or our Five Eyes allies, will alert us to threats like the one Driver presented. Sacrificing (some) liberty for security is not ideal, but it is a proportional sacrifice in today’s threat environment. Perhaps the time has come for Canadians to reassess their priorities: personal safety or complete privacy?

This article is part of a four-part series. Check out Parts One, Two, and Three to read about Canadian intelligence agencies and laws, and the effect of Snowden in Canada.