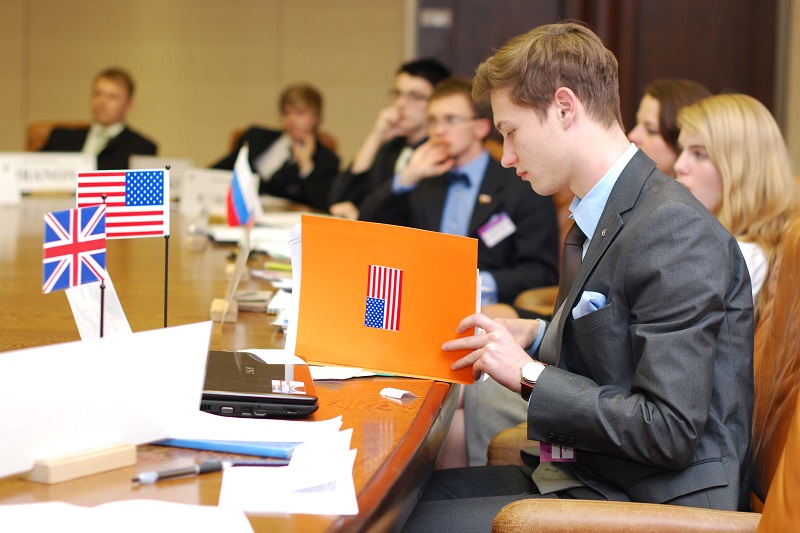 Part 1 of this series outlined the MOOC IR “degree” project and introduced courses about the basics of IR. This part builds on the foundational courses to suggest possible regional concentrations.

No doubt the Middle East, in the throes of unrest and endless conflict, is one of the most important regions for anyone interested in international politics to understand. Budding specialists in the Middle East should start with Professor Asher Susser’s The Emergence of the Modern Middle East Part I (started October 3) and Part II (started October 17), a history course surveying the region’s history from Napoleon’s invasion of Egypt in 1798 to the rise of ISIS in 2014.

Continue the Middle East module with The History of Modern Israel Part I (starts October 3) and Part II (starts September 26) for Israel’s perspective. Note that this course recycles some content from Professor Susser’s course, so learners may choose to refresh their knowledge or skip them.

From there, learners can examine the origins of the region’s crises in multiple directions. On the one hand, historian and former US Army officer Andrew Bacevich’s War for the Greater Middle East (start date TBA) presents a contrarian view about how America’s military interventions produced many problems in that troubled region. On the other, the University of Copenhagen’s Constitutional Struggles in the Muslim World (started September 26) takes a more grassroots, comparative constitutional approach in viewing the sources of the Middle East’s (and other Muslim countries’) internal conflicts and contradictions.

International scholars unanimously agree that Asian countries will become increasingly influential on the world stage, not only in terms of hard power but also soft power. As such, it is an advisable choice for IR students to understand at least the basic history, culture, and politics of this emerging region.

The most prominent of these rising Asian countries is China, long seen as a potential challenger to American hegemony. One cannot understand China without understanding its recent past and tribulations. The single most beginner-friendly course on China anywhere is Harvard’s ChinaX series (self-paced). Whilst all ten parts of this magnificent course should not be missed by anyone remotely interested in the Chinese civilization, IR learners will find the last three or four modules the most relevant to understanding modern China, particularly the sources of its historical grievances and ambitions. The final module examines contemporary Chinese politics and society, allowing learners the opportunity to examine business case studies on Chinese economic development and to ask whether China can be a leader in the 21st century.

Armed with a better understanding of the potential and pitfalls of modern China, learners should turn to political scientist David Zweig’s courses on Chinese politics. While Part 1 –  China and Political Science (start date TBA) breaks down China’s domestic political institutions, IR learners will be more eager to start Part 2 – China and the World (start date September 26), which analyzes Chinese foreign policy, from economic and energy expansion to reversing its brain drain through soft power policies. Being based in Hong Kong, Zweig’s analysis of Chinese politics is extremely objective in its approach, if not critical of the Communist Party’s heavy-handed approach to decision-making and governance.

Conversely, those confident in their knowledge of Chinese politics can test their knowledge by taking politics seminars made by Chinese universities about China’s perspective. Will China Rise as a Disruptive Force? The Insiders’ Perspective (start date TBA) features three leading—hardline pro-government—professors from Tsinghua University who discuss China’s worldview, political system, and foreign policy. Soft power propaganda? Of course, but the best scholars should also learn to walk a mile in another’s moccasins.

Armed with such historical and political prerequisites, learners should then turn to Korea in a Global Context (start date TBA), which focuses squarely on South Korea’s relationships with its regional neighbours and allies, presented in sleek lecture videos and helpful infographs. International Politics in the Korean Peninsula, Part 1 (next start date TBA) should round out the Korea module with using both Western and Eastern political theory to analyze inter-Korean politics and crises.

Although neglected as an area of study in many universities, India is reasonably well-represented in the MOOC-sphere, fittingly enough for an emerging great power. The Importance of India (started September 26), sponsored in part by the US State Department, showcases the diverse complexities and potential of the world’s largest democracy. Although parts of Contemporary India (starts October 17) also deal with Indian culture and society, the modules on Indian history, politics, and foreign policy should be of significant interest. The Stimson Center’s Nuclear South Asia (self-paced, but still under construction) features interviews with experts on nuclear policy and risk between India and Pakistan.

The EU and Human Rights (start date TBA) then narrows down on the EU’s human rights policies, advocacy, and institutionalization. Understanding Europe: Why It Matters and What It Can Offer You (starts October 10) takes a more practical approach at introducing learners to the many helpful institutions and opportunities that the EU offers for its citizens.

The Limits of a MOOC “Degree”: Specializing in Other Regions

Outside of important regions of urgent geopolitical importance or where there are important institutional sponsors for MOOC production, political topics about the rest of the world suffer from limited English-language course coverage.

While there are many courses that describe the internal political system of the United States, the number of active MOOCs on its foreign policy is surprisingly few. Perhaps the best place to gain a basic foundation of the processes and institutions behind the creation and execution of American foreign policy is at Saylor Academy.

English-speaking learners interested in Latin America can make do with getting an overview from Saylor Academy’s legacy course on Latin American and Caribbean politics. For more in-depth courses, learners may also turn to Brazil for Beginners (self-paced), a survey history course about Brazil from colonization to the present, and the Inter-American Development Bank’s two courses on regional agricultural policy (starts October 25) and trade agreements (starts October 4).

Sub-Saharan Africa receives even less exposure. Learners must turn to Saylor’s course on African politics for a historical and political overview of the continent. Unfortunately, further study is limited as there is just a single political science course on Coursera focusing on comparative federalism (starts October 31).

Of Oceania, there are no relevant courses on the major platforms.

Nevertheless, the diversity of MOOC courses and content means that learners can at least get a taste of almost every region or important country in the world, and that could be enough to whet a curious student’s appetite to learn more about that region through other means.

(This is the second part of a multi-part series on creating an IR curriculum through MOOCs. The third part will focus on thematic concentrations.)