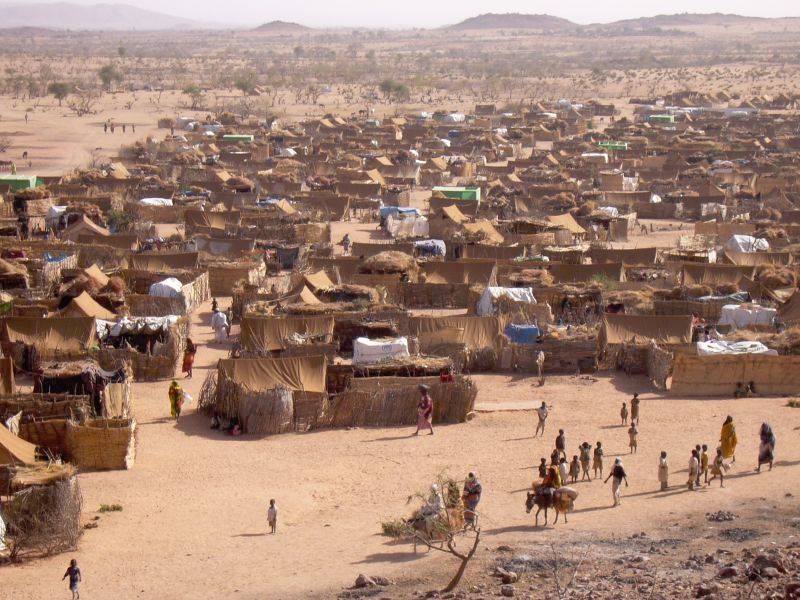 In this day and age, foreign aid investment is something of an expectation from a first world country. 189 member states signed the United Nations Millennium Declaration “to grant more generous development assistance, especially to countries that are genuinely making an effort to apply their resources to poverty reduction.” However, it cannot be assumed that all foreign aid is always beneficial. In fact, poorly planned foreign aid does more damage than good in a Third World country.

In 2015, Canadian foreign aid contribution was approximately $5.8 billion. This comprises 2% of the federal spending budget. This money went to lower income countries around the world and to the non-profit organisations working towards providing relief to countries in need.

However such relief efforts, despite their good intentions, tend to overlook the importance of simply providing financial aid. Financial contributions only go so far as to give the government something to lean on temporarily. These foreign aid investments also increase the debt the developing country now owes. Foreign aid investments often come with a predetermined agreement between the countries including a repayment regime for the foreign aid packages that the Third World country receives. For the country in need, this increases the financial issues and further exacerbates poverty as taxes may need be increased in order to repay growing debts. Increasing taxes takes away from the pockets of citizens creating a snowballing effect of poverty rather than alleviating it.

These Third World countries also tend to become reliant on the aid causing their economies to be lacking the power to be self-sufficient. Countries that receive regular aid tend not to be productive in their own nations anticipating that the aid will provide them with the food, money and necessities they require. Ethiopia is a country that receives regular aid from most member nations of the UN and the aid represents 90% of government budget. As a result of this, 45.8% of Ethiopia’s GDP accounts for public debt. Their current national account balance also suffers from billions of dollars in deficit. With more foreign aid investment, this budget deficit is likely to develop further creating a situation in which the country is no longer able to sustain itself as an independent nation and it will require foreign aid for basic survival.

Foreign Aid however, isn’t always in the form of monetary compensation. Sometimes, physical food packages and other necessities get sent over to the Third World nation. Although these packages bring basic necessities to people in need, they also steal profit away from local businesses. Food and goods brought in tends be brought in quantities that might last many months. This puts local farmers and businessmen out of business as their goods lose demand. This affects all the parties in the economy such as farmers, goods transporters, etc. As a result, workers then lose jobs from lack of demand and more people are driven into poverty. This also perpetuates inflation because the expensive goods brought in from abroad tend to drive up local prices making common goods less affordable for the residents.

Foreign aid, however, can be positive if strategically delivered. Countries need to focus on giving foreign aid in the form of self-empowerment. If skills, and self-sustenance can be provided, individuals are able to provide for themselves with resources that can be renewable and applied in a way to help them in the long term. An example of such a movement by Volunteer India is the Women Empowerment Program in which women were taught skills such as sewing, computer skills, etc. which help adult women develop skills that they can use every day. These skills empower uneducated women to make a living for themselves in poverty stricken communities.

Effective foreign aid can also be given in the form of governmental assistance. When the government is invested in serving the people rather than an individual’s personal objectives, the entire nation benefits. In other words, moving countries away from dictatorships means that the country gets a leader who is far more invested in bettering the country.

Research and development for health would also be a way to invest in the country’s development that could have long term benefits. Solutions to combat the contamination of water sources, or ways to distribute essential nutrients for all the members in society would be tactics that would give people the access to basic necessities. An example of such an organisation is The Water Initiative which works to remove toxins from water sources in Third World countries to provide everyone with safe drinking water.

Finally, much foreign aid that is provided tends to fund wars rather than basic necessities of a country. In aid relief sent to Pakistan in 2004, over 54% of money is given to soldiers and militia. Although the safety and security of a nation is a priority for a properly functioning society the allocation of aid investment should focus on basic necessities such as safe drinking water and shelter.

Foreign aid is only beneficial when the country has been shown the path of self-sustenance and is invested in places where the effect reproduces itself.