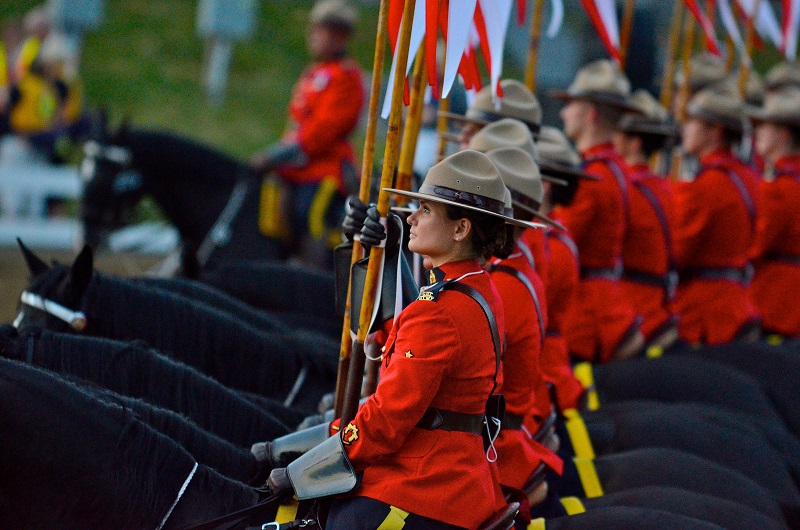 Part one of a three part series on underrepresented groups in policing.

In recent news, the concept of “shine theory” has been making the rounds. The term, first coined by US podcast host Ann Friedman, refers to women teaming up in the workplace to support fellow female colleagues as opposed to competing directly with them for advancement. Shine theory has been in headlines recently in relation to female staffers under the Obama administration. In particular, they have been reinforcing one another’s contributions at meetings in order to highlight each other’s ideas and gain influence over the President.

Unfortunately, this simple but effective mentality has not found its way to the Canadian policing community, as a recent study reports that policewomen, instead of cooperating with one another, sabotage and bully fellow female officers in order to facilitate their own career advancement. The study was published in early July, 2016, and was undertaken by Lesley Bikos, a former officer with the London Police Service currently pursuing a sociology PhD at Western University.

Bikos’ findings are fascinating. She found that the conflicts that policewomen have with each other and often themselves are a result of the mainstream masculine values perpetuated by the institution of policing. These cause policewomen to develop They adopt a mainstream masculine view of the world on the job, while adopting another view of the world off the job, often experiencing a hard time reconciling the two. Specifically, Bikos’ study relies on interviews with fifteen policewomen from five different forces in Southwestern Ontario to explore “how women view themselves and other female officers within the male-dominated institution of policing.”

According to Statistics Canada, in 2014 only 20% of officers were female, with only 17% in middle-management and fewer than 10% in senior management—a clear indication that women continue to face barriers to parity with men within Canadian policing.

As explained by Bikos, police culture is “a distinct set of norms and values that communicates to the members of a police force the acceptable attitudes and behaviours associated with being a member of an elite group”. She additionally suggests that existing police culture idealizes traditionally masculine qualities and rejects traditionally feminine traits as “weak, ineffective, and a threat.”

This culture is communicated and reinforced through formal and informal mechanisms, such as uniforms designed for the male figure and exclusion from masculine social bonding events. In addition, the police subculture only offers four roles to female officers: “mother, sex object, kid sister, or women’s liberationist,” labels which policewomen internalize and accept as part of their professional identity.

Bikos’ interviews confirm the literature, as the policewomen she talked to “[embraced and portrayed] behaviours traditionally sex-typed masculine including stoicism, aggression, and competition,” assimilating into police culture in order to “have a quiet life” and “obtain career goals.” They also confirmed that many professional opportunities within the police force were denied to women, and policewomen were often funnelled into jobs seen as less physical and hence “less prestigious.”

Importantly, policewomen who felt that they “fit in” tended to distance themselves from other women, and correspondingly also reported greater career success and social inclusion by the male officers. Nonetheless, most of the policewomen in this category that were interviewed still felt less valued than male co-workers, and often had to deal with acts of harassment as a “price to pay for entry into this group.”

One of the central findings of this study, as mentioned earlier, is that the mainstream masculine police culture resulted in female-on-female bullying and use of the same stereotypes developed by male officers to label fellow female officers. In other words, female officers often engaged in practices that ironically reinforced norms, values, and practices that disadvantaged them in the first place.

Overall, Bikos’ study suggests that Canadian police culture has not changed much in the last forty years for policewomen, and continues to disadvantage them in both formal and informal ways. However, noting the role of policewomen themselves in perpetuating this culture, addressing the problem is going to take more than simply increasing the number of women in the police force. It will take deliberate shifts in how policewomen choose to interact with one another in the workplace.

This is where “shine theory,” mentioned at the beginning of this article, could prove useful. Women drawing attention to each other’s work and ideas as legitimate in the workplace has already made a difference in the similarly male-dominated realm of politics. In the policing context, similar practices would likely also improve both the professional and personal lives of female officers. And as Bikos suggests, producing healthier and happier policewomen is in the interest of everyone, because “if we have happy, healthy officers then we have better public service.”