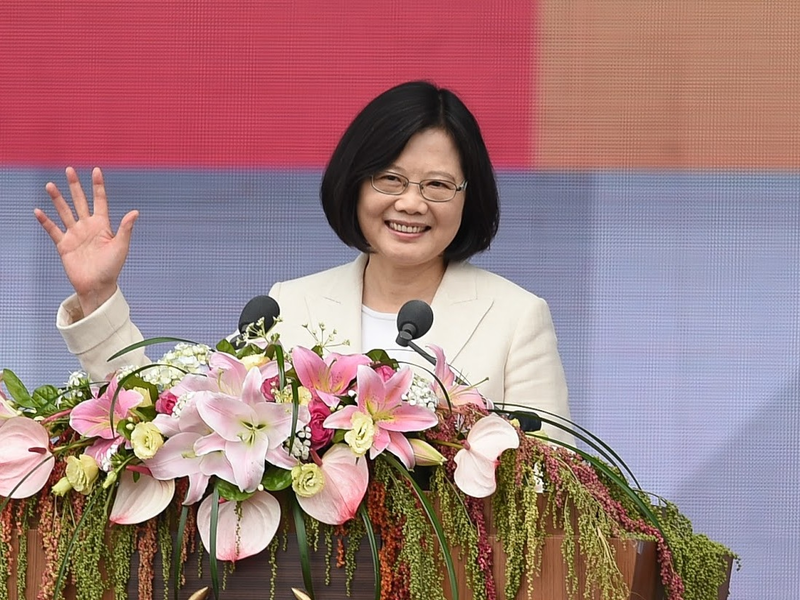 An interview with Director-General Catherine Y. M. Hsu of Taipei’s Economic and Cultural Office in Toronto

In terms of sovereignty and international recognition, Taiwan presents a particularly interesting paradigm. The inauguration of Tsai Ing-wen, the new President of the Republic of China (ROC/Taiwan), and recent verbal sparring between the governments in Taipei and Beijing have put the issue of Taiwan’s status in the forefront again.

Defining Taiwan can be confusing and especially troublesome given the unique political dynamics and sensitivity of the issue for the People’s Republic of China (PRC/Mainland China). Canada does not recognize the ROC as outlined by United Nations Resolution 2758, and as such both governments maintain relations through organizations like the ROC’s Taipei Economic and Cultural Office in lieu of an official embassy.

Resolution of the issue of status is unlikely to be resolved anytime soon as Beijing consistently threatens military action if Taiwan moves to toward independence, a move that would clarify the ROC’s legal definition, the diplomatic engagement with Taiwan contains additional dynamics.

To clarify the question of Taiwan’s political and cultural identity, we spoke with Director General Catherine Y.M. Hsu of the Taipei Economic and Cultural Office in Toronto.

The identity of the Republic of China (ROC /Taiwan) is probably the most confusing and controversial dynamic.

The official name is the Republic and the popular name is Taiwan.

The republic of China the government of the Republic of China has an exclusive jurisdiction over Taiwan and some small islands. The official name is the ROC but people would usually call it Taiwan.

When you talk about identity, I would definitely say that we are a sovereign state, an independent country because if you talk about the definition of a country under international law, it usually includes people, territory, government, and law. We have 23 million people in Taiwan and exclusive control over 36,000 square kilometers.

Unresolved History and the Will of the People

As has been mentioned in previous articles, the ROC government Taiwan formerly controlled all of Mainland China before relocating to Taiwan. Given that the ROC has de facto control over Taiwan and islands surrounding it, has the meaning of ROC changed since then?

According to the constitution, the territory of the Republic of China is the inherent territory, and borders cannot be changed without the approval of the people. So theoretically this inherent territory and borders cover the whole mainland; however, now the de facto jurisdiction, governed by the government only covers Taiwan, Penghu, Kinmen, Matsu and some smaller islands.

I think we want to keep to the current status, as it is. Because Taiwan is a democracy, we believe that this question will ultimately be decided by the people and will see how things develop in the future.

Using Canada as a point of comparison to better understand Taiwan’s domestic politics how would you describe the situation?

Taiwan shares many of the common values as Canada, such as Democracy, Peace, freedom, human rights. If you read the inaugural speech, she mentions a lot of ideas informing our policy and you will notice a lot of similarities between the new government in Taiwan and Canada.

So I feel that we share a lot of the core values and ideas.

We have both democratic political structure and multi-political party. Unlike Canada’s cabinet system in Taiwan, there is a president and five Yuans (branches): the Executive Yuan, Legislative Yuan, Judicial Yuan, Examination Yuan, and the Control Yuan.

In terms of domestic political culture, there is a lot of political commentaries, and people are very enthusiastic about it.

Unlike in North America, where people seem to pay far more attention during elections, in Taiwan people pay attention year round, which may attest to the ability of the commentators.

It vividly shows the freedom of speech in Taiwan.

Taiwan and Canada exported 5.4 and 1.5 billion dollars in goods in 2015, and in January, finalized an arrangement to streamline the tax laws to promote commercial ties. Despite pressure from Beijing and a lack of official political channels, Taiwan is a major economic partner in the Asia Pacific.

One example, the Canadian clothing store Roots, has 107 stores in Taiwan, which is approximately the same as in Canada. This example demonstrates that Taiwan can offer Canadian businesses a lot of opportunities.

For more information about Taiwan visit the Toronto Office of Taipei Economic and Cultural Office website.