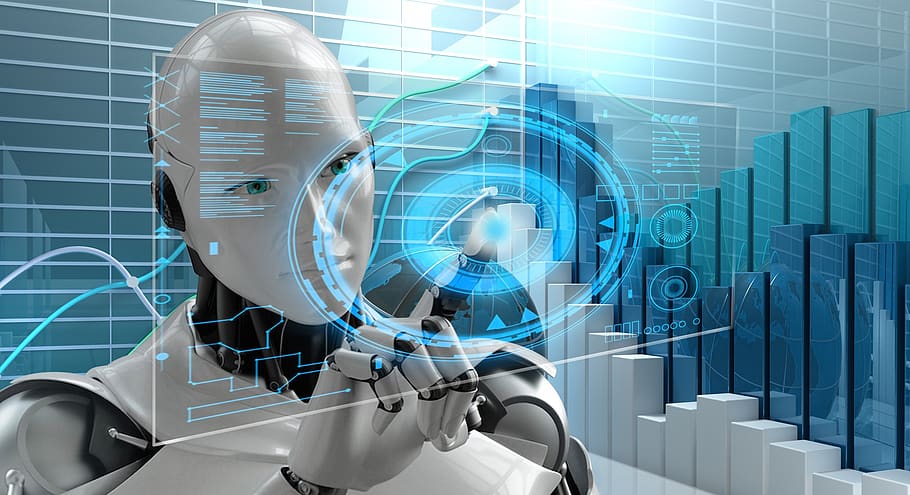 If technology could keep you safe from a pandemic, would you use it? It would need all sorts of your information: your name, your contact info, your demographical information, but it could keep you safe. This is a question that has been facing people in coronavirus-affected areas in Asia for the past number of weeks. The Chinese government in particular has emphasized the role of technology in helping control the outbreak in the region. However, an important question that must be posed in a situation like this is: what are the future implications of these technologies?

China, health, and the surveillance state: China’s Response to Coronavirus

Since the outbreak of the virus in Wuhan province, China has been at the forefront of the technological game.  The government has employed robots to constantly sterilize public spaces and to look for symptoms of the virus, particularly fevers. Likewise, big tech firms in the region have focused their development on virus-related technology. Alibaba, for example, has created an AI-based diagnostic system which they claim has a 96% accuracy rating with identifying the Coronavirus, some of the implications of which are discussed below.

While all of these advancements seem to be in the best interest of public health, not all technological advancements have been so benign. Chinese AI firm, Sensetime for example, has also updated their facial recognition technology so that it can be used not only to identify fevers in the public, but also to recognize faces despite the use of medical masks. The first element is of particular importance as the fear of further outbreaks has been driving policy in the region since the outbreak began. But the second element is the most concerning from a surveillance perspective. Protestors in China, and particularly in Hong Kong, have used masks along with laser pointers as a tool to prevent Chinese retaliation. This practice was so commonplace that the government attempted to ban the usage of these masks during the Hong Kong protests in hopes that forcing protestors to show their faces would discourage protesting in the region. If the reports about Sensetime are true about being able to make recognitions with masks in place, this would have a large impact on protests in China’s sphere of influence and increase the government’s ability to crack down on protestors in the region.

China has also seen the implementation of new smart technology as a result of the coronavirus. It has been reported that in some Chinese cities, state officials have begun using ‘smart helmets’. These helmets have the ability to check the temperatures of people within close proximity of the user and allow the official to take appropriate action. While this might seem to be a rather benign surveillance technology in this context, it raises a number of questions about where this technology is going. Will these helmets eventually be using facial recognition technology? A previous article found that some facial recognition companies have already designed their technology to be used with smart glassesthus, it is very possible that these will be used in in these smart helmets in the future. This raises concerns about moving towards real-time surveillance by states on city streets, which would have major implications for privacy and data protection in the future.

While the previously mentioned technological developments in China have their own unique privacy concerns, perhaps the most serious implications can be associated with the apps that have developed for the coronavirus. In early February, China released the first major app for the coronavirus known as Close Contact Detection. This app uses Ministry of Health and Transport data in the region to notify app users if they have come into contact with someone infected with the virus. However, the government of China has now moved away from this app, requiring instead that all citizens download the new QR Code based App developed by Alibaba.

This app was designed with a number of different goals in mind. Firstly, the app was supposed to give the fearful public a way of feeling safe to return to normal daily lives. Secondly, it is a tool to track and prevent the spread of the virus. The app itself provides a colour coded QR code that is red, yellow, or green, with ‘red’ meaning a mandatory 14 day isolation period and ‘green’ allowing the use of public transit and participation in ‘normal’ life. The app uses real-time analysis to determine the risk associated with any given user at all times, but information about how the app makes these determinations, as well as the information it accesses to do so, remains unknown. It is easy to imagine that it could be misused to target dissidents and political rivals.

From a privacy perspective, this app demonstrates a massive effort by the state to implement a system to track and control public movements. The app is connected to a person’s national ID number, allowing the state to know who the user they are tracking in real time is. Moreover, it has been found that the app shares the information with police forces which has real implications for privacy and surveillance in an already highly surveilled society. The general fearof the coronavirus has also meant that organizations have not pushed back against these expansions of surveillance powers by the state – a fact that the Chinese government is happy to exploit.

To Democracies and Beyond

While it is not necessarily surprising that China has seen the massive growth of surveillance technologies and privacy concerns in relation to coronavirus, it is surprising how this is playing out in democracies around the world. In South Korea, for example, a number of real-time coronavirus tracking apps have been developed, with major implications for privacy in the country. Corona 100m is one such app, allowing users to know where people have been diagnosed with the virus and allowing them to see the person’s basic demographical information.  The app also notifies the user if they enter within 100m of a place where someone who is known to have the virus has been.

This has a number of implications for the public and the future of surveillance in the region. First of all, you can see corporations profiting off of a public health crisis and using government information to do so. Also, the security and data protection of this app remains opaque, with the possibility that the app might be hacked, and personal data accessed. This is especially concerning considering the prevalence of the app, with over 20 000 downloads an hour and over 1 million installs on Google Play.

Other democracies have not yet seen the expansion of the app and surveillance in the same way as South Korea, but that does not mean that new technologies are not being explored. In Canada, Laurentian University Professor Aaron Langille has suggested a number of novel ways that disease and its possible spread could be tracked in the future. Included in these suggestions is the idea of tracking RFID’s in an infected person’s clothing and technology. The idea would be that by comparing the RFID’s on the infected persons, we could be able to track their contacts and movements, thus better tracing contagious diseases. Langille has also proposed using cellphone GPS’s to track contacts between infected people and the public. However, as of now all of these suggestions are forward-looking with no evidence that they could or will be implemented during the current outbreak.

Why we cannot give in to fear

It is very easy in emergency situations to give in to fear. It is easy to say, I will use this app, give it my data and maybe it will stop me from getting sick. But there are always consequences for these concessions. Eventually, the fear will pass but the rights and information we gave away will be very difficult to retrieve. Soon the technologies that are being employed in China will spread. We can see this beginning to happen in tangible ways in South Korea and theoretical ways in Canada. We must decide, what is the price of ‘advancement’ and are we willing to pay. Citizens and their governments must figure this out now, before it is too late.

Nicole is is currently working on her Masters in political communications and marketing. She has an Honours BA in Political Science and History from the University of Guelph, where she focused on Canadian political development, propaganda and Quebec nationalism. She has a keen interest in intellectual property security, cyber security and Women in Security. Part of her interest in these areas dates back to her childhood obsession with science-fiction, notably Star Trek, which she believes has always demonstrated what can be accomplished when people from different cultures, regions and beliefs work together in the pursuit of common goals and interests. Contact Nicole at doughertynicole1@gmail.com View all posts by Nicole Dougherty →