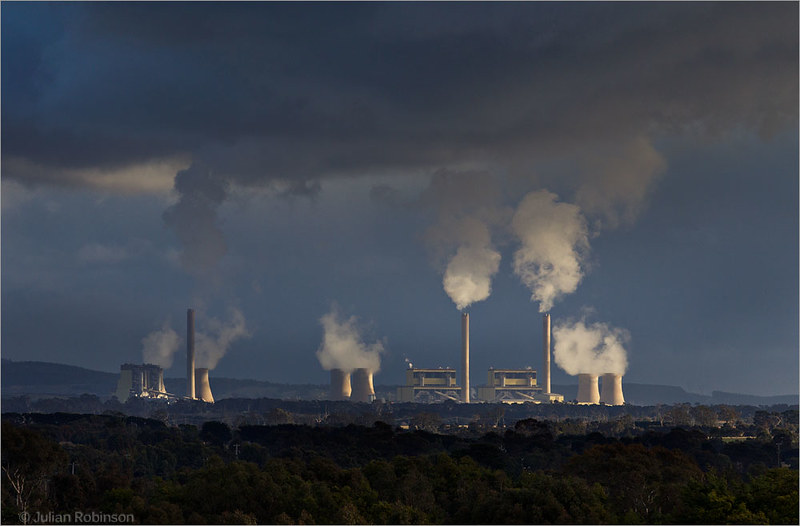 Climate change has emerged as one of the most urgent problems of the 21st century. Many experts have expressed their concerns on the current state of global environmental health and warn of the possibility of a catastrophic disaster if global temperatures rise by even one or two degrees Celsius. An increase of one degree Celsius might seem trivial to people living in areas with mild climates but the problem lies on the extreme end. A one degree increase of global temperature shifts the temperature threshold, which will drastically increase the percentages of regions affected by extreme warming.  For instance, a report from NASA prepared by 91 authors from 40 countries anticipates extreme heatwaves, water shortages, extreme precipitation, impacts on ecosystems and biodiversity, and food shortages if the global temperature increase by two degree Celsius. Places projected to experience the most extreme temperature fluctuations will be in central and eastern North America, central and southern Europe, the Mediterranean, North Africa, and Central Asia.

In last year’s Canadian federal election, many political parties listed the climate crisis as a top priority, including the victorious Liberal minority government. Justin Trudeau also claimed Canada is a leader on climate change on the world state. However, this characterization is optimistic at best. While it is true that Canada’s emissions are small compared to the global level, they are the second highest in the G7 group of industrialized countries on a per capita basis. Furthermore, Canada is also forecasted to fall short of the two degree Celsius target set for 2030 under the Paris climate agreement. The simple fact is that current policies will not be enough to prevent runaway and irreversible climate change. The top contributor to fossil fuel emissions in Canada is the oil and gas sector, according to the data from the Natural Resources Canada. Next to the oil and gas industry, the transportation sector in Canada accounts for 24 percent of overall emissions.

A potential solution to diminishing fossil fuel emissions is the carbon tax. A carbon tax is applied to fossil fuels depending on the amount of carbon dioxide they release when burned. The greatest advantage of fossil fuels is their cheap price and abundance in the Earth’s crust. Because individuals and businesses are rational, they will most often choose the most cost-effective resources. Therefore, the carbon tax is a tool designed to force individuals and businesses to think and behave in low-cost ways by raising the cost of fossil fuels through carefully calculated taxes. The federal carbon tax in 2019 is $20 per tonne of carbon dioxide released, applied to Saskatchewan, Manitoba, Ontario, and New Brunswick and scheduled to rise to $50 per tonne in 2022. However, Canada’s Ecofiscal Commission estimates that the taxes will need to be priced at $210 per tonne for Canada to meet the Paris agreement target in 2030, meaning the carbon tax would have to be raised by at least $20 per year from 2022 to 2030.

Higher taxes do not necessarily lead to a huge loss to taxpayers. Under the federal policy, roughly 90 percent of households can receive rebates that exceed the amount they pay in carbon tax. The rebates are completely independent of the carbon tax, thus the tax provides financial incentives for households to reduce emissions. Households are encouraged to take action to reduce emissions to avoid tax and can collect the rebate after. This carbon tax rebate can be the most effective policy, if implemented properly, to protect both the environment and the economy.

There are several obstacles to preventing carbon tax. Globally, other countries are neglecting to reach the promised carbon emissions. For example, the Trump administration announced its plan to withdraw from the Paris climate agreement in 2017 because the Paris accord was seen as undermining the U.S. economy. Domestically, Alberta, Ontario, and Saskatchewan are discontent with respect to the federal government’s energy and environmental policies. In 2019, all three provinces challenged the federal carbon tax in their provincial courts. Ontario and Saskatchewan’s provincial courts decided to rule against their challenge while the Alberta Court of Appeal decided to hold that the federal carbon tax interferes with the province’s jurisdiction in managing its natural resources, and is thus unconstitutional. Moreover, Ontario and Saskatchewan are appealing to the Supreme Court of Canada. One of the main reasons for provinces to reject the carbon tax is because of the negative impact on Canada’s relative business competitiveness. The federal carbon tax targets the domestic production of carbon over imports, where Canada faces the European conundrum of falling carbon production even as carbon consumption rises steadily because of imports from carbon-intensive countries such as China. The harm done by the carbon tax to business competitiveness is a huge threat to provinces where the oil industry is the main source of income.

Canadians need a real debate about climate policy and carbon tax is so far the most effective solution. Regardless of global and domestic concerns of declining economic performance due to carbon tax, if we continue to act as though large-scale fossil fuel development, there will be no environment and therefore no economy.

James is a recent grad from the University of Toronto with a focus in International Affairs who worked as the Program Editor of "Security, Trade, and Economy" at NAOC. He actively participated in several grant applications, 2020 Special Publication, and events. He has military leadership experience in the Republic of Korea Air Force and participated in US-ROK Ulchi Freedom Guardian as an Interpreter. His passion now lies in data analytics and the impact of global events on Canada. View all posts by James Cho →