The eyes of the world are focused on the Arctic as an untapped source for energy exploration and extraction, and a number of countries are expanding their activities in the North. Canada seeks to expand its continental shelf beyond its Exclusive Economic Zone, while Russia has announced plans to deploy four new warships and a nuclear-powered icebreaker before 2020. Brenna Owen outlines these recent developments and how they will interact and impact future developments and decisions in the Arctic.

According to Russian news sources, the country has committed to deploying four new warships to Arctic waters by 2020, as part of the coast guard division of Russia’s Federal Security Service (FSB). Eleven new border protection facilities will also be established in the Arctic, as well as automated surveillance systems. A growing Russian presence in the Arctic is made more significant by Canada’s having taken over the chairmanship of the Arctic Council for the next two years.

The FSB announcement comes as no surprise to observers of Russian security policy and developments in the Arctic. Moscow’s sights have been increasingly focused on the North of late, particularly regarding the region’s potential for lucrative resource extraction. In 2010, then-President Dmitry Medvedev stated, “Regrettably, we have seen attempts to limit Russia’s access to the exploration and development of the Arctic mineral resources.” 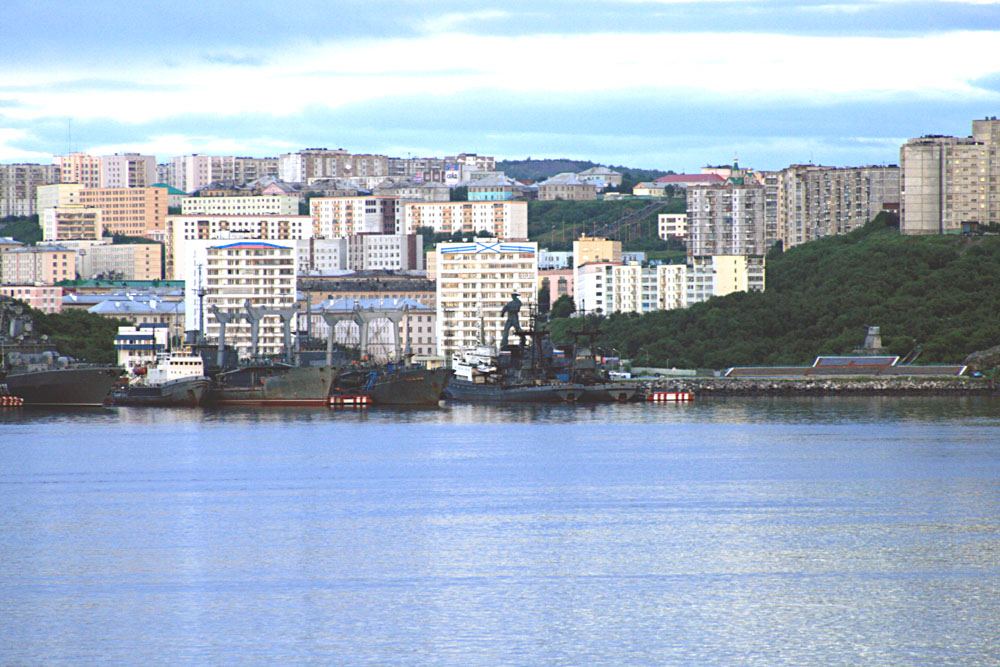 Murmanks is the biggest Russian city above the Arctic Circle

The Canadian government has also sought to reassert its sovereignty in the high Arctic as long-standing and based on historical title. “You need forces on the ground, ships in the sea and proper surveillance” said Prime Minister Harper in a 2006 campaign speech. Recently, the government initiated the tendering process for a naval facility in Nanisivik on the northwest coast of Baffin Island, formerly the site of a lead-zinc mine between 1976 and 2002. Other campaign promises, however, have yet to be implemented. According to a recent article in The Economist, underwater sensors are not yet operational, and plans for three icebreakers have been scaled back to just one ship.

Nevertheless, like the Russian administration, the Harper government’s eyes remain on the Arctic as an untapped source for energy exploration and extraction, despite great environmental risks. In the summer of 2012, Ottawa placed the drilling rights to an area of Arctic waters about half the size of Lake Ontario up for auction to energy companies. Sea ice in the Arctic continues to recede each summer, making Arctic waters and energy resources more accessible. For environmentalists, energy extraction in the Arctic will perpetuate the melting of sea ice in a vicious cycle of exploitation and environmental destruction. As one CBC article states, climate changes creates both new opportunities and risks in the North.

Upon assuming Chairmanship of the Arctic Council, Canada also announced plans to expand its continental shelf beyond its 200 mile exclusive economic zone. New geographical coordinates must be submitted for consideration to the UN Commission on the Limits of the Continental Shelf by November 2013. According to the Canadian International Council, “Many observers are waiting to see whether the Canadian coordinates will overlap with those of any of its northern neighbours.”In order to prevent the revised boundaries from infringing on other country’s claims to the continental shelf, Canada has worked closely with the United States and Denmark to map the region. Yet, it remains uncertain whether the new coordinates will rouse Russian claims to Arctic sovereignty. If the Russian administration takes offence to the coordinates, the two countries will face a boundary dispute for the first time in their history.

In addition to expanding the number of vessels in Arctic waters, Russia is also set to improve the technology of its Northern fleet. The Russian Maritime Register of Shipping (RS) has signed off on a plan to develop a “novel multipurpose nuclear-powered icebreaker.” The new icebreaker will have improved power as compared to its predecessors, and will be able to function both in deep Arctic waters and more shallow Siberian estuaries. The icebreaker is to be commissioned by the end of 2017.

Where does NATO come into the picture in Russian and Canadian operations in the Arctic? Russia has long opposed eastward expansion of the NATO alliance. In 2009, President Medvedev approved the Russian national security strategy until 2020; the strategy avoided discussion of nuclear policy and did not even name the United States as a threat to state security. Rather, the economy is listed as a prominent security concern, a major component of which moving forward will be energy exploration in the Arctic. These factors indicate that Russia might have been willing to develop warmer relations with the Western military bloc, provided that NATO respected Russia’s designs on the North. However, shortly after Medvedev signed off on the security strategy, Russia asserted that the North was not being militarized, contrary to some allegations from the West, and that NATO’s presence in the Arctic is not welcome.

There are a number of reasons why the Russian Navy could not develop a global posture, even with access to new overseas facilities.

Tackling the Fifth Column: Counter-Terrorism Strategy Against ISIL, at Home and Abroad

With two out of every three insurgents fighting for the Islamic State of Iraq and the Levant (ISIL) identifying as foreign born, governments around the world are on high alert against the threat of homegrown terrorism, as thousands of radicalized Western citizens return from waging jihad in Syria and Iraq. In the United Kingdom alone, Read More…