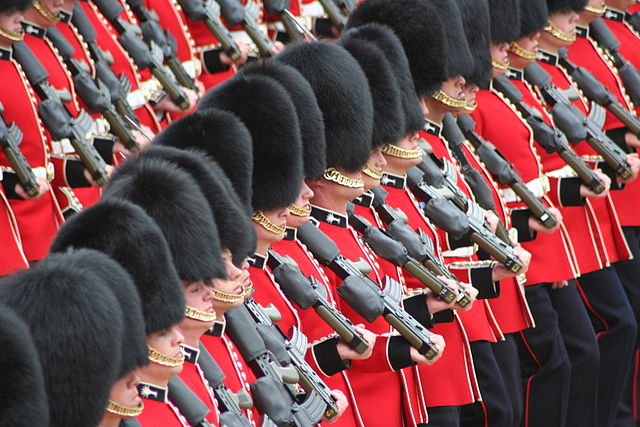 On July 8, 2015, British defence chiefs had reason to celebrate, as the British government renewed its commitment to defence spending in the face of wider cuts. There were fears during the 2015 general election campaign that defence spending would not be so lucky. Indeed, the campaign largely revolved around a single issue: the economy. David Cameron continued to argue that his party’s austerity program was effective. He had seven consecutive quarters of growth and falling unemployment figures to prove it. His promise was to continue these austerity measures, with George Osborne, the Chancellor of the Exchequer, promising an absolute budget balance by 2019.

Indeed, the Institute for Fiscal Studies, a British think tank, suggested in February that military spending could be cut by a further 36 per cent in real terms in the next Parliament. Despite the tense international environment, defence spending is an easier sector to cut than politically sensitive areas including pensions and the National Health Service. For several years Britain has led by example within NATO by fulfilling the commitment all members make to spending at least two per cent of GDP on defence. Yet with continuous budget cuts, projections suggested Britain would soon fail to meet this target.

Notwithstanding this gloomy prediction, Mr Osborne’s Summer Budget announced that Britain would maintain defence spending of at least two per cent of GDP not only for this year, but indeed the rest of the current parliament. This will mean that the Ministry of Defence’s budget will rise by half a per cent a year up until 2020-21. More detailed budget policy documents show that the government remains committed to maintaining the size of the Army at 82,000, in addition to the creation of a new joint security fund of £1.5 billion a year. This will be in use by the end of the current Parliament, in 2020, providing for increased spending on the military and intelligence agencies.

This increase in spending mirrors the earlier results of a study published by Chatham House, the Royal Institute of International Affairs. Their analysis has shown that there has been no public shift towards isolationism over the past five years. This contradicts trends in British politics, as an isolationist mentality is seemingly sweeping across Britain. The UK Independence Party (UKIP) is the most significant new party in Britain for a generation. In May 2014, UKIP came first among British parties in the European Parliamentary elections, gaining 26.6% of the vote. This marked the first nationwide election since 1906 that a party other than the Conservatives or Labour had won the highest share of the vote. UKIP campaigns on just one policy: to take Britain out of the EU.

Moreover, both the Green Party and the Scottish National Party stand opposed to renewing Trident, the British nuclear weapons system. Combined with the decision in the House of Commons in 2013 for Britain to avoid military involvement in Syria, such developments serve to underline the point that British leaders seem ready to step back from traditional military great-power aspirations.

Nonetheless, the results of Chatham House’s study identified a growing desire for the UK to aspire to be a ‘great power’ rather than accept its decline. The study found that more than 63 per cent of the public thought the UK should strive to be an engaged and active nation. As the author of the report, Thomas Raines, stated, “the public appears to reject ideas of decline and supports an ambitious British foreign policy”.

The challenge for Mr Cameron, leading the first Conservative government since 1997, was to reconcile this aspiration for ‘great power’ status with the financial constraints on that vision. The July announcement that defence spending would rise, while still maintaining cuts in government spending overall, seemed to effectively tackle this impasse. Indeed, Mr Cameron was praised by Barack Obama for his commitment to defence spending, as the President called on other countries to follow the British example.

Yet less than a month after Mr Osborne’s announcement it has transpired that the Chancellor had made “significant changes” to the way Britain calculates its defence budget in order to reach the NATO target of two per cent. The Royal United Services Institute (RUSI) has highlighted that the budget will for the first time account for war pensions, contributions to the UN peacekeeping missions, payouts to retired civil servants and Ministry of Defence income. Intelligence and security services will now also come under defence spending.

By altering their counting method, RUSI estimate that the British government have added up to 14 per cent, or £5.7 billion, to the sum eligible as defence spending by the end of the current Parliament. The implication of this is clear. While NATO’s leading European military spender can still claim to meet the target of two percent of GDP on defence, the credibility of such a target is slowly undermined.