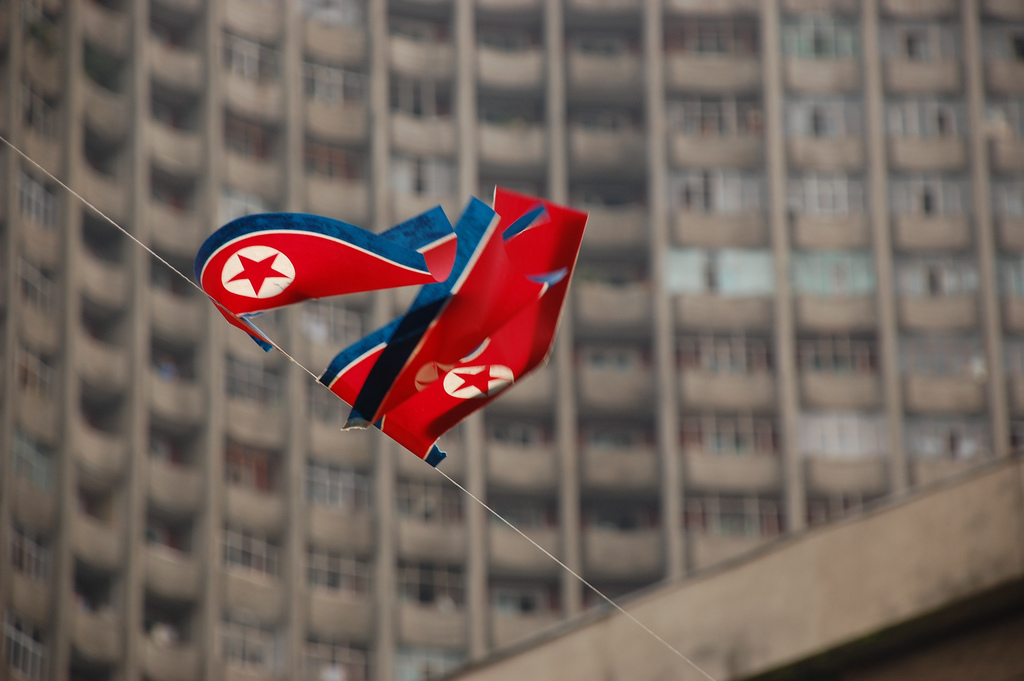 Looking back, the thought of a North Korean nuclear warhead being in reach of Guam, let alone the continental United States, was far-fetched and easily dismissible. But now, more than ever, Pyongyang’s threat of engulfing Washington, D.C. in a “sea of fire” is a legitimate prospect. The U.S. and her allies, having made no real progress on this pressing issue, must adopt a new approach to contain North Korea and restore a stable, long term détente in the Korean peninsula.

In the 1990’s, Pyongyang had started exporting and reverse engineering Russian Scud-B and -C ballistic missiles to produce its own improved variants like the Hwasong-5 and -6. These missiles have a short range of 300 km and a light payload capacity, posing a viable threat to South Korea and Japan, but not the U.S. On 29 Nov. 2017, the successful test of Hwasong-15 (“Mars” in Korean) ICBM however rendered a North Korean nuclear attack on U.S. soil feasible. Launched about 30 km north of Pyongyang, the ICBM flew on a high trajectory, reaching 4,500 km above earth before landing near the west coast of Japan. On a normal trajectory, Hwasong-15 was calculated to have a range of 13,000 km – more than enough to reach any major U.S. city, including Washington.

Rest assured, North Korea has neither proved its capability of marrying a miniaturized nuclear warhead with its ICBMs nor will it ever come close to reaching nuclear parity with America. Nonetheless, one or two nuclear bombs are enough to destroy an entire city, creating casualties of historical proportions and jeopardizing the lives of future generations from long-term radiation exposure. And, the people of South Korea and Japan have few strategic options to counter being veritable hostages to the Kim regime’s nuclear threats.

19 Security Council resolutions – yet, no progress

The safety and security of U.S. allies neighbouring North Korea has been a source of much concern, especially since Pyongyang’s first nuclear test in Oct. 2006. In response, the U.N. Security Council adopted a series of resolutions calling for the total suspension of Pyongyang’s nuclear programme – as well as prohibiting the import and export of military assets, luxury goods, and natural resources to and from North Korea. In the span of just a decade, the UNSC adopted 19 different resolutions in relation to the Kim regime’s development of ICBMs and nuclear weapons – not to mention, the U.S. and its allies have legislated and enforced their own unilateral sanctions as well.

Yet, despite the ever-mounting sanctions, Pyongyang’s nuclear programme has flourished. It is unclear whether this is because the sanctions are perfunctory or Pyongyang is impervious to economic blockade. Nonetheless, what is clear is that the sanctions alone have accomplished little to none, rendering the proposals made at the recent Vancouver summit on North Korea both redundant and incredibly frustrating.

Redundant proposals made in Vancouver

On 13 Jan. 2018, Canada and the U.S. co-hosted a summit in Vancouver addressing the security challenges in the Korean peninsula. At the gathering, the participants collectively sought for the emboldening and rigorous enforcement of U.N. sanctions against Pyongyang in hopes of achieving a “complete, verifiable and irreversible dismantling of its nuclear program.” Similar to past multilateral summits, the approach on the North Korea question remained unchanged.

Perplexingly, since the gathering centred on bolstering U.N. sanctions, it is curious as to why countries with little to no relevance to North Korea’s economy – such as, Denmark, Columbia and Greece – were invited, even if they had contributed to the original U.N. Command during the Korean war, while Pyongyang’s top trade partners – Pakistan, Taiwan, Sri Lanka, Luxemburg and Singapore – had not received an invitation. The uninvited list also includes China and Russia – the state actors that wield the most diplomatic leverage against North Korea.

Although Prime Minister Trudeau acknowledged that any successful resolution would need the cooperation of China and Russia, a senior Canadian official defended the decision to invite former UN Command members – declaring that the high-profile gathering was organized for “like-minded countries” on the North Korea question.

In particular, Beijing and Moscow were in the spotlight for their alleged failure to enforce U.N. sanctions against Pyongyang. This was because of several Chinese companies’ alleged involvement in aiding the Kim regime skirt sanctions, while both Beijing and Moscow have been accused of exporting oil and importing coal from Pyongyang. As expected, both parties derided the summit as “Cold War thinking” and “blindly [resorting] to pressure and isolation” rather than “dialogue” with Pyongyang.

However, Canada and the U.S. may have glanced over the risk that the two powers’ exclusion threatens the international consensus on Pyongyang’s nuclear program shared by Beijing and Moscow – not to mention the serious impediment this gathering has caused for any potential Sino- and/or Russia-U.S. cooperation in the future. In particular, China’s exclusion provides a greater justification for Beijing to maintain the status quo. Although Beijing wields considerable diplomatic and economic leverage against the Kim regime, it is not a strong proponent of choking North Korea’s already poor economy. This is because, while Beijing does not approve of Pyongyang’s nuclear brinkmanship, preventing regime collapse has always been a greater priority over denuclearization.

An impregnable North Korea in fact bolsters China’s strategic position in the Asia-Pacific. After all, since the Korean War, Beijing has supported its communist ally to serve as a buffer state against the U.S. and its Asian democratic allies. A unified Korea increases the prospect of having American presence on its border. Not to mention, Beijing has long feared of a mass exodus of North Korean refugees crossing its border after a regime collapse. In preparation, Beijing has started building a network of refugee camps along its border with North Korea, supposedly in Changhai County and nearby cities of Tumen and Hunchun.

The international community must also acknowledge that the pursuit of denuclearizing North Korea is not a realistic goal. As a rational actor, the Kim regime will never denuclearize – as long as the U.S. is regarded as a viable threat. Past U.S.-led interventions against non-nuclear adversaries such as Iraq and Libya underscored to Pyongyang that the development of nuclear weapons is the best insurance against a potential attempt at regime change perpetrated by the Americans. Calling for denuclearizing is thus futile from the start.

Unlike the Six Party Talks, where the Bush administration demanded the dismantling of Pyongyang’s nuclear programme as a pre-condition for negotiations, the U.S. should shift its focus on verifying Pyongyang’s existing nuclear programme, returning international monitors, and suspending North Korea’s uranium enrichment programme. At the same time, Washington must take into consideration the perspectives of Beijing and Moscow, and demands to establish a mutual consensus on how to eradicate the spectre of nuclear war on the Korean peninsula. However, at present, any thawing of Washington-Pyongyang relations, and attempts to pursue a policy of détente, appear considerably more pragmatic in comparison to the seemingly impossible task of denuclearizing North Korea.

Daniel C. Park is a recent graduate of the International Relations program at the University of Toronto, Trinity College. He currently serves as a Program Editor at the NATO Association of Canada, a Research Assistant at York University for a dissertation research on counterterrorism strategies, and an editor at the G7 Research Group, Munk School of Global Affairs. He is also a Naval Reservist at HMCS York in training to become a MARS Officer. View all posts by Daniel C. Park →