The Arctic which is governed by Canada, Russia, the U.S., and Nordic countries was formally a fault line during the Cold War where NATO and Soviet submarines spied on each other beneath the ice caps. With the collapse of the Soviet Union the strategic importance of the Arctic briefly diminished as tensions between the Arctic countries cooled. Things are starting to heat up again figuratively and literally as the permafrost is thawing and the ice caps are melting giving way to new sea passages and unexplored resources. The Arctic Ocean’s ice cover and passages through the Archipelago are said to be melting at a rate of three to four times faster than global warming elsewhere. This is opening up shipping shortcuts between Europe and Asia through the already navigable Russian Sea Route, as well as the rapidly changing Northwest Passage which Canada claims as internal waters.

In addition to new sea routes there are a variety of discovered and undiscovered natural resources which will soon be ready for exploitation by these Arctic nations. Gold and diamond mines have already begun to be exploited and the region is said to have the largest iron, ore, and nickel mines on earth. Perhaps even more intriguing to those with invested interest in the Artic are the estimates on potential energy resources in the region. The U.S. Geological Survey has estimated that there could be around 90 billion barrels of oil in the Arctic, enough to supply U.S. demand for 12 years. Other estimates say that as much as a quarter of the worlds undiscovered energy resources could be in the Arctic Crust. These figures have naturally drawn the Arctic nations to reconsider their policy towards the region. Canada and Russia in particular in recent years have been trying to assert their dominance in the Arctic both economically and militarily.

So far both countries have expressed tough rhetoric about protecting their respective claims to territory and sovereignty in the Arctic but it is Russia which has had the advantage in actual economic and military actions in the region. Russia now has at least 25 mines in operation, 16 deep water ports, with 20% of its GDP coming from the Arctic. Militarily, Russia has been stocking up on supersized ice breakers, has constructed 40 new vessels to add to its Navy, and has built a brand new nuclear attack sub. In addition to this the air force recently announced that it would be upgrading its Mil Mi-8 ‘Hip’ transport helicopters which are used specifically for Arctic operations. Both the Navy and the Air Force have also restarted surveillance and strategic bomber overflights in the region.

Although the Harper government has been pushing its ‘use it or lose it’ slogan for the Arctic and has been visiting the Arctic every year, it has been slow in actual implementation of its rhetoric. There have been numerous promises of deep sea ports, icebreakers, and new research stations but not much has been done in actual implementation. In 2007 the construction of a deep sea naval port in Nanisivik was promised, but is still to begin. Icebreakers promised in 2005 and again in 2008 continue to be delayed as well. On the military front there is a relatively small fleet of 77 F-18’s which are in charge of protecting extraordinarily large territory from Russian snooping in the Arctic. And without icebreakers it is very hard for the Navy to do any sort of patrolling in Arctic waters. Instead it would seem that the government is interested in testing new James Bond style $620K stealth snowmobiles for ‘clandestine’ operations in the Arctic. 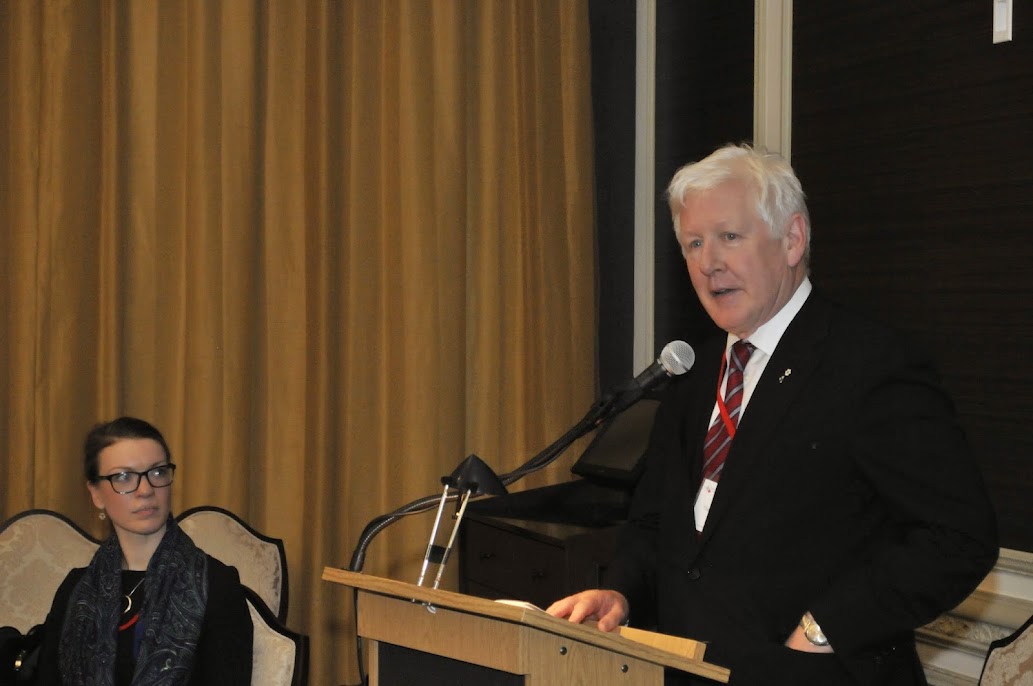 In a recent speech at the NATO Council of Canada’s Conference on Canada’s Arctic Sovereignty and Security, the Hon. Bob Rea made a point that we need to stop looking at the Arctic as a ‘playground’ for our ideas about economic development and military strategy. We have to remember that there are real people who live in the Arctic whose livelihoods are and will be affected by the policies we pursue in the region. He was talking about the Aboriginal people in the region who in most cases are just an afterthought when it comes to how development will affect their way of life in the Arctic. It is clear that Canada will never rival the economic or military buildup Russia has in the Arctic nor would it be practical to try. Perhaps it is time for Canada to take a fresh approach to policy in the Arctic, one with less focus on military and economic strategy and more focus on the environment and the people who live in the region.

Moving beyond the Hon. Bob Rea’s point, there is an irony in the fact that global warming is causing the ice to melt, yet there is a race to claim the energy resources and fossil fuels in the Arctic which will continue to accelerate the process of global warming. It is time for Canada to stop worrying so much about the economic and military issues of the Arctic and start thinking about the environmental effects global warming is having on the region. To this point, Canada has lagged far behind on the issue of global warming and the environment. It is time for Canada to take the lead in tackling an issue that will affect every Arctic nation. The long term negative effects of global warming will most definitely outweigh the short term gain of exploiting the natural resources of the Arctic. This is an issue that is in the interest of the security of every Arctic nation and if nothing is done surely everyone will feel the effects of global warming in the near future.

In this article Antalya Popatia writes about the Canadian Helicopter Crash off the Greek Coast killing 6 Canadians.

The Security-Development Nexus: The Prison of Old Concepts (part 2/3)

Emily Robinson explains intervening states and organizations such as NATO or the UN have to strike a balance during interventions in the global South.