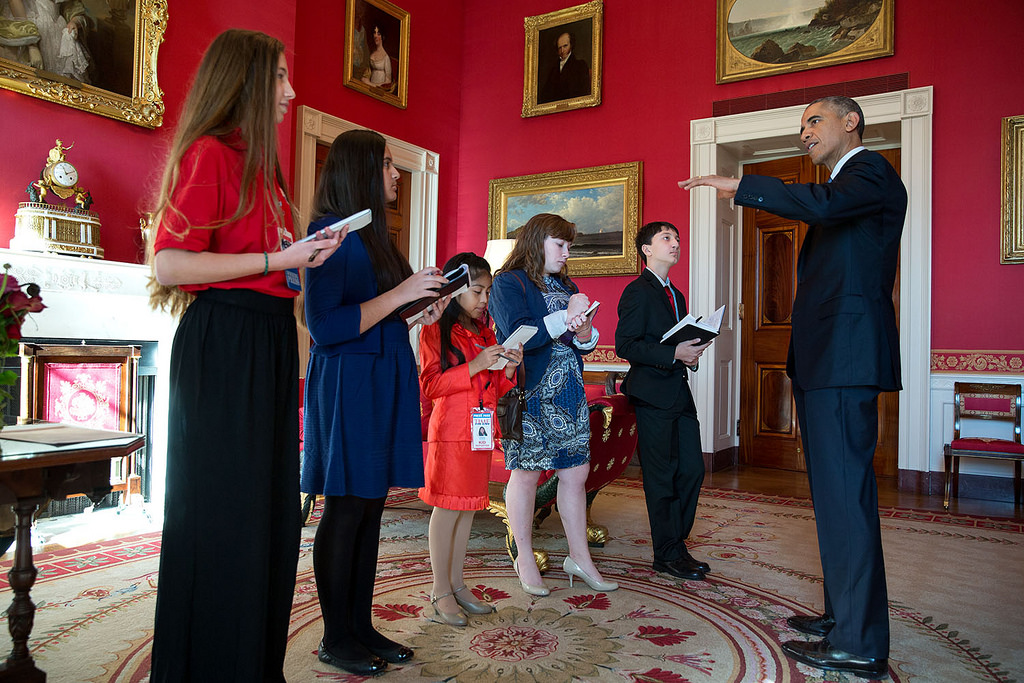 On January 10, 2016, Chicago’s McCormick Place was filled with applause. Across the world, more than 24 million people joined in, watching as, arguably, one of the most admirable presidents of all time said his goodbyes for the American people and the international community.

Obama’s farewell speech seemed to have resisted the wear of the responsibilities of an eight-year presidency, surpassing his own bar of delivering eloquent speeches, especially those speeches designed to inspire the youth.

In the hour-long goodbye, Obama only briefly touched upon the accomplishments made by the White House during his tenure in office. Nor did he spend much time acknowledging that “…[American] progress has been uneven… For every two steps forward, it often feels we take one step back.” Instead, the bulk of the ex-President’s last formal speech rested upon the necessity of moving forward, and how to achieve the goals reminiscent of the “yes we can” campaign that propelled him to the White House in the first place.

Obama resurfaced the basic ideology of democracy, and reminded everyone that “how we meet these challenges to our democracy will determine our ability to educate our kids, and create good jobs, and protect our homeland. In other words, it will determine our future.” It was his call to citizenship that didn’t conclude his presidency, but instead shared the presidential duties with the young generation.

In the United States, 21% of eligible voters are between the ages 18 and 29, a chunk of the population that will one day lead, change and overcome those challenges. But in order for that to happen, Obama presented the audience with three pivotal challenges to overcome for a successful and progressive democracy.

The first is economic opportunity. Though unemployment under Obama has declined from 9.3% in 2009 to 4.9% as he left office, “…the top one percent has amassed a bigger share of wealth and income, [leaving] too many families, in inner cities and in rural counties…behind.” Many young Americans are a part of these families who are left behind. Those stuck in low-income or poverty are finding it harder to climb out of that cycle. Out of 7 reasons for not voting by eligible voters in 2008, 18-30 year olds led 6 of the practical reasons for not voting, which included things like long wait times or issues with registration/ID. These 18-30 year olds were mostly black or Hispanic voters. The poverty rate of these communities is close to 3 times more than other races.

This leads Obama to his second point: race relations. Though it still remains a divisive factor, not only in American society, but around the world, “race relations are better than they were 10, or 20, or 30 years ago… you can see it not just in statistics, you see it in the attitudes of young Americans across the political spectrum.” But, as Obama states, “…we are not where we need to be.” Over the past few years, race relations have become prominent in the daily discussion for social justice. It isn’t just the uprising of Black Lives Matter, which formed in 2012 after the killer of Trayvon Martin was acquitted, but also the attitudes towards immigrants, refugees, and children that just look different. As 25% of all children in the States have at least one parent born outside the country, Obama asserted that, “We all have to start with the premise that each of our fellow citizens loves this country just as much as we do.”

His third point was about confirmation bias: the tendency to accept information that already aligns with one’s beliefs. As information sources become more and more diverse, they also are becoming extremely divisive, allowing people to follow certain news programs they agree with while shutting out ones that contradict them. To Obama, an unusual transition of power has been taking place, as discussion about problems, information and policy plans seem to be coming from media outlets like Twitter and Facebook, without many media sources accrediting a factual basis to this information. “Simply deny[ing] the problem…only betrays future generations…”

This is a time of uncertainty for many Americans, and for many around the world who look to the United States as a world leader. With Republicans dominating the House and the Senate as well, people are left unsure as to whether or not America will continue making progress with democracy. Already, a repeal of Obamacare and defunding of Planned Parenthood have been announced for the Republican agenda, eliminating two institutions that are fundamental for many struggling Americans without offering any alternate solution. Obama addressed this, emphatically stating that “We can argue about how to best achieve these goals. But we can’t be complacent about the goals themselves…the disaffection and division that has stalled our progress will only sharpen in years to come.”

Obama’s speech is a doctrine for the youth who are affected by every one of these issues. They hold the greatest power of eliminating the divisiveness created by these problems. Economic opportunity, race relations, and confirmation bias are obstacles for everyone. Yet it’s the youth that everyone will eventually become dependent on as the responsibility of civic duty falls into their hands.