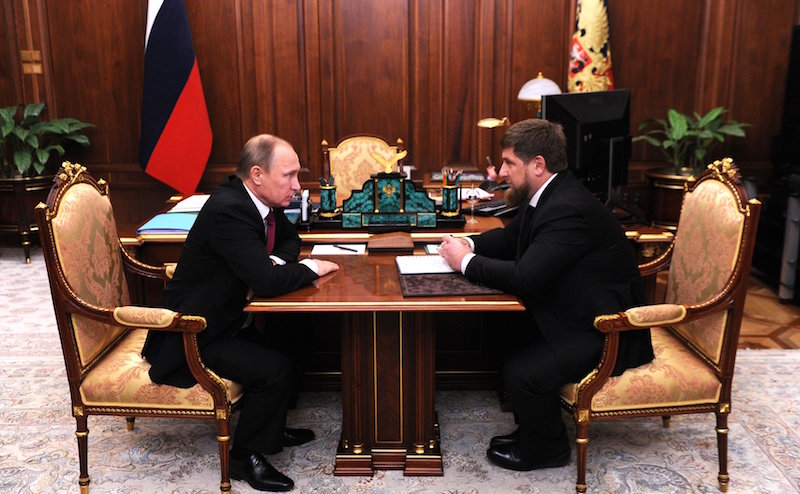 To maintain his image as a pragmatic leader of Russia, Vladimir Putin has been known to outsource violence and repression to regional officials. Ramzan Kadyrov, the leader of the Chechen Republic, is guilty of this by governing the Chechen people through severe authoritarianism and fear at the expense of human rights and liberty. Kadyrov has close ties to Putin and, as a result, has enjoyed free reign over the Chechen people. This has led to a severe human rights situation in Chechnya.

Kadyrov’s control over the Chechen people is upheld through the frequent use of torture, extra-judicial executions, murder, enforced disappearances, and harsh and humiliating treatment. Resistance towards Kaydrov’s rule from the general public is met with a severe crackdown from any sort of critic. Kadyrov has also targeted and unlawfully detained family members of those who have spoken out against him, and is also guilty of burning down people’s homes as punishment. Public humiliation is also widely used as people are brought onto national television in front of Kadyrov and forced to apologize for the alleged crimes they committed. In Chechen culture, this can lead to marginalization as people risk being shunned by their families and wider society.

Kadyrov has also been reportedly involved with “politically motivated killings” of human rights observers and various public service individuals. In February 2015, Boris Nemtsov, an opposition politician, was killed in Moscow by a former Chechen police officer who previously worked for Kadyrov. Nemtsov widely spoke out against corruption in Russia and the importance of democracy and liberty. There is close speculation that Kadyrov was involved with Nemtsov’s murder and that he openly supported it. Putin later awarded Kadyrov a state honour following Nemtsov’s murder. The two leaders share an ambiguous relationship with one another which Putin uses to his political advantage. Recently, Kadyrov posted an Instagram video of another opposition politician, Mikhail Kasyanov, in the crosshairs of a sniper stating that “whoever still doesn’t get it, will.”

Despite human rights abuses, the current political situation in Chechnya is Russia’s best option for stability. Consequently, while Putin does not directly condone Kadyrov’s actions, he sends his support in alternative ways. The Chechen Republic receives significant amounts of funding from the Kremlin, making up more than 85% of the entire Chechen budget. In 2015, Moscow dropped funding to its regions by 3% however, funding still rose by 8% in Chechnya. In return, Kadyrov has been responsible for getting Putin 99% of the votes in the region.

Human Rights Watch reports the people of Chechnya no longer feel protected by the rule of law in either Chechnya, Russia, or the international community. Local Chechens have been bullied into silence as they fear repercussions from reporting abuses to journalists or human rights observers. The climate for human rights has become so severe that NGO and human rights offices have been vandalized and burned, forcing them to leave Chechnya, while activists have been personally attacked by Chechen authorities’ proxies. Russian officials are aware of what is going on in Chechnya but have refused to offer solutions or seek accountability.

Chechnya’s human rights situation will only get worse if Kadyrov’s actions are not met with any repercussions. It is easier for Putin to keep Kadyrov under his wing rather than risk an outbreak of violence between the federal government and Chechnya, as has happened in the past with two separate wars. Instead, Kadyrov will enjoy his reign a while longer until the next shift of Russian political elites.