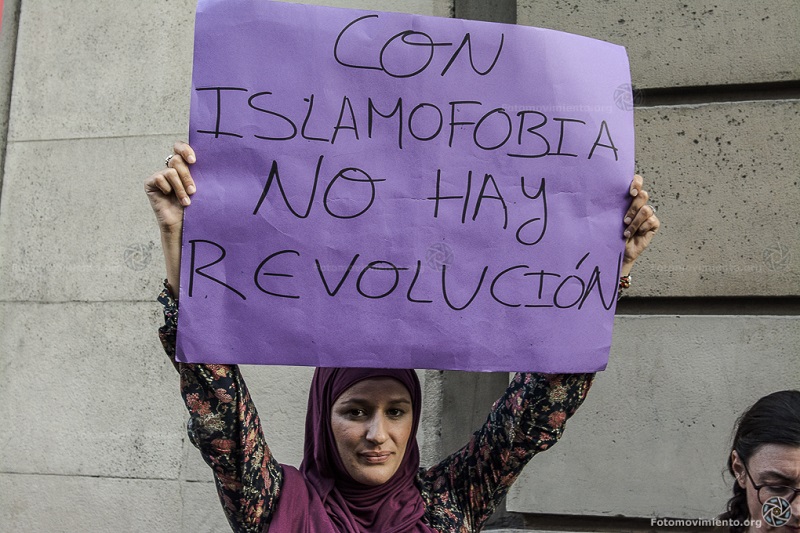 In 2012, The European Council published a resolution focusing on the Multiple discrimination against Muslim women in Europe: for equal opportunities. In its resolution, the Parliamentary Assembly recognizes that Muslim women are often victims of stereotyping, are defined only by their veil and are portrayed as victims. ‘Rather than being isolated, stigmatised or confined by stereotypes, Muslim women should be encouraged in their quest for equal opportunities in society…’ the report said. Instead, the attacks and incidents perpetrated by terrorists from radical Islamists not only have increased the social gap between Muslim and non-Muslim but have also weakened Muslim women’s visibility.

This article will offer an analytical perspective to such gaps, in an effort to enhance the need for Muslim women’s empowerment in Europe.

During the last six years, terrorist attacks and incidents have stoked ongoing debates over the responsibility of Islamic culture for the European malaise. Nilufer Gole, a sociologist and director of studies at the School for Advanced Studies of the Social Sciences –EHESS (Centre d’Étude Sociologique et Politique, CESPRA) – said in a 2016 presentation at EHESS that two contradictory views are arising. While some citizens consider Islamic citizens as strangers and aggressors to the social and public space, others think they can integrate and adhere to European values. Media –and other civil actors– tend to instill a sentiment of fear and convey the idea that the society is polarized between Muslims and Europeans.

‘The paradoxical relation between the European Union and Muslim women is also determined by the post 9/11 times’, says Anna Vanzan, a writer and professor at the University of Milan. Even though some political actors support the social and economic integration of Muslims, terrorism and security risks cause curbs on freedoms in the public space.

The identity crisis that Europe is experiencing is intrinsically linked to fear sentiments, says Dominique Moisi in his paper ‘The Geopolitics of Emotion’. In a chapter dedicated to the ‘culture of fear’ he states that fear is an emotional reaction to an impending threat. This reaction is embedded in cultural and historical perceptions. The culture of fear widens the gap between democratic and non-democratic societies, as European countries scorn their own moral principles and the rule of law.

The feeling of fear is strong in Islamophobia; a sentiment of estrangement towards Muslim people. In 1997, the Runnymede Commission on British Muslims published a report examining the concept. It refers to a certain hostility towards Islam that affects Muslim individuals and communities’ lives, as it excludes them from mainstream politics and social affairs.

When Women get vulnerable

Muslim women become political stakes, as they are either portrayed as an aberration from the European female model or as entities that need to be helped and distanced from Islamists, says Anna Vanzan.

In addition, women are the first victims of hate crime following the terrorist attacks. The Independent reveals that most victims of the UK hate crimes were Muslim girls and women aged from 14 to 45 in traditional Islamic dress.

In September 2016, the New York Times compiled around 1000 testimonies from Muslim women in Europe and specifically in Belgium and France. Women share their distress, the discriminating behaviour and comments they face. Some of them want to leave their country, while some others want to keep raising their voices to improve their condition.

Mira Hassine, 27, from Orléans says that Muslim women are constantly reminded that to be fully integrated in the French society you must give up your principles and your religion. As such, she feels pressured and she does not know how to face the culture gap. Nawal Afkir, 25, from Brussels, says that wearing the veil does not mean being enslaved by a man. On the contrary, it means reappropriating the body and feminity. This statement contradicts some preconceived ideas about veiled women.

In addition, The European Network against racism 2016 report Forgotten Women: the impact of Islamophobia on Muslim women also reveals that women are the first victims of Islamophobic behaviour. Not only do Muslim women suffer from gender inequalities in the workplace–wage gap and lack of help to retrain and return to the workforce after pregnancy– but they also experience discriminations based on their religious and ethnic background. The report underlines that the Islamic female dress code is ‘the main channel through which exclusion of Muslim women occurs’.

In France, the issue around the visibility of Islam has stirred debates, especially the question of religious symbols in public places, Nilufer Gole said. Yet, women have no say around this issue, as they do not make political decisions. One of the strategies is to imagine how Muslim women could embrace their cultural background and their clout to influence the society. One proven way to do so is to strengthen women’s commitment in local, regional and national legislation.

The burkini –swimwear that covers the entire body– represents a mix between the Occidental and Muslim culture. In an article about the Burkini ban, French politicians gave sanitary as well as security reasons for the ban. Yet, Aheda Zenetta, the Australian burkini creator, questions the significance of such a restriction since she sees the burkini as a positive garment that ‘has given women freedom’. As such, she wonders who is taking Muslim women’s freedom away and who is better between Taliban and French politicians. She holds a negative view of both. The burkini has been an alternative through which she felt empowered. By regulating women’s dress code, the French state stigmatizes Muslim women.

Muslim women raising their voices to disclose their views and are also acting to empower themselves. For example, Denmark is opening its first female-led mosque, the Mariam Mosque, founded by Sherin Khankan in 2016. Services, led by women, run for women and men. Opening a more gender-equal mosque represents an alternative to the usual male-dominated and patriarchal environment. In fact, mosques are places where ‘a man leads prayer, a man is in focus and dominant’ Sherin Khankan said.

Women invent ways to empower themselves. Yet, the general mistrust towards Islam drives European states to control and regulate Muslim women’s physical appearance. In numerous cases, politicians point the protection of republican values and security issues for restricting citizens’ freedom. Nonetheless, what can be analyzed is the way this control is implemented. In the restriction process, Muslim women are often targeted, over-exposed and stereotyped by media and politicians.