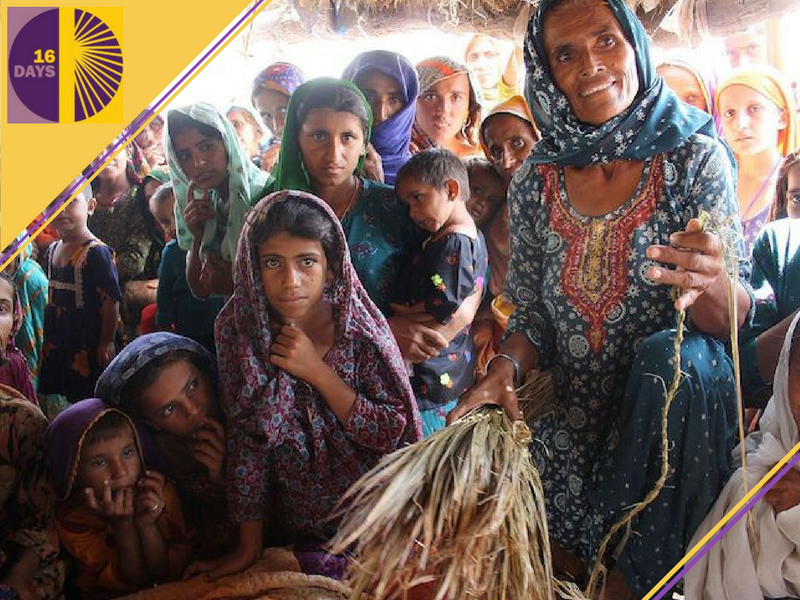 Goal 6 of the United Nation’s Sustainable Development Goals (SDG) is the right to water and sanitation for all. Unfortunately, this goal is still far from being achieved, particularly in developing nations and areas of conflict. According to the SDGs, at least 2.4 billion people around the world lack basic sanitation services, such as toilets and latrines. The consequences of this disproportionately affects women, particularly for sanitation services relating to menstruation.

The challenges and barriers caused by a lack of sanitary napkins during the menstrual cycle can affect a woman’s entire life. It has a huge impact on their education, their future roles in society, and even their health. These consequences result in an issue of security, as half the population receives a lower quality education than their male counterparts.

Girls in Kenya miss 4.9 days of school per month because of their periods, and one in ten African girls skip school during menstruation. The lack of access to toilets or places to change their sanitary materials at school results in 83% of girls in Burkino Faso and 77% of girls in Niger with no ability to attend school every month when they have their menstrual cycle.

Finally, due to the cultural perception of menstrual cycles, women may be excluded from society. Women may be forced to sleep in huts, forbidden to pray or observe cultural traditions, perceived as dirty or contaminated, or banished from interacting with anyone. Cultural taboos may contribute to the stigma attached to menstruation, limiting access to education on the subject and in turn, posing a risk to women’s health.

The lack of resources, available sanitary latrines, and products results in the entire population of child-bearing aged women in certain countries to be isolated, uneducated, and forgotten, especially in times of crisis.

In Iraq, over 5 million people were in need of humanitarian assistance as of 2014, but women and girls have heightened needs, such as a right to feminine hygiene resources. In refugee camps, basic necessities such as shelter, food, and clean water are provided, but feminine hygiene products are often overlooked as a “basic human need.” More than 1 million girls and women are affected by the lack of feminine hygiene products, forced to reuse rags, leading to infections. This number corresponds to around one fifth of the total number of registered Syrian refugees. In besieged Aleppo, women’s hygiene products are not easily available. Only two out of six regions in eastern Aleppo have feminine hygiene items available for sale, compared to four out of six regions which have no personal hygiene items. In fact, more regions sell household cleaning items (4) than female hygiene items (2).

A major consequence of a lack of feminine hygiene products is creating societies with great gender disparity, because one of women’s basic needs are overlooked. Confining women to the private sphere due to a lack of education results in sidelining more than 50% of a country’s talent. Additionally, a lack of education on menstruation create a cultural norm of masculinity that may encourage gender-based  violence and limit the choices, safety, and behaviour of women. A lack of education on women’s issues is one of the main factors that increase women and girls’ risk of experiencing violence, one that could be somewhat remedied by providing basic feminine hygiene products and reducing the stigma of the menstrual cycle.

Photo: Women and girls in Shadadkot, (2010), by Wolfe-Murra/DFID Wikimedia Licensed under CC 2.0