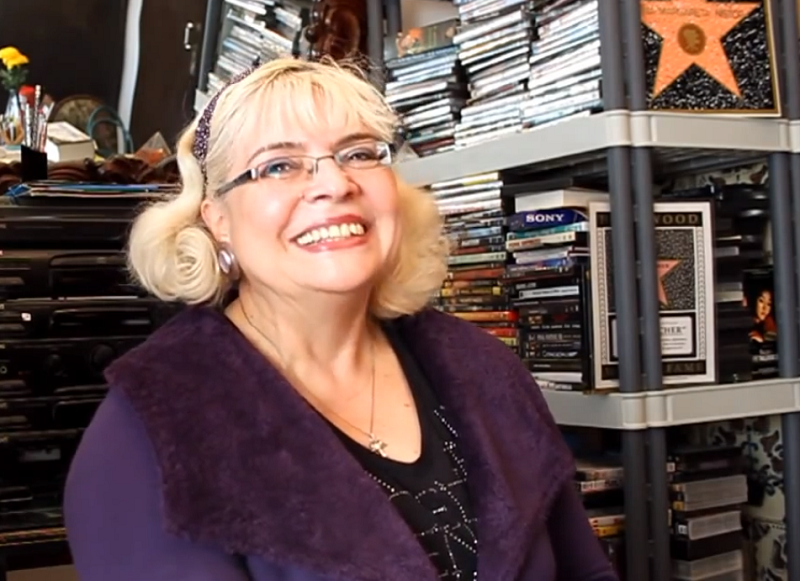 Long before Seth Rogan and James Franco infiltrated North Korea to dismantle Kim Jong Un’s cult of personality with the help of Katy Perry’s Firework in the infamous 2014 satire The Interview, Chuck Norris and Sylvester Stallone were chipping away Nicolae Ceausescu’s rule in Romania, one living room TV at a time. Using a mix of interviews and stylistic reenactments, Romanian filmmaker Ilinca Calugareanu’s 2015 documentary Chuck Norris vs. Communism fondly looks back on the rapid rise of the bootleg VHS market in 1980s communist Romania and the cultural and possibly political influence this market had on Romanian society.

In the mid-1980s, as longtime dictator Nicolae Ceausescu increasingly tightened his control on information flow in his country, Romania suddenly became inundated with VHS tapes containing bootleg copies of Western action films. The voice of the one woman who dubbed almost all the films, Irina Nistor, enchanted an entire nation clamouring to watch new releases nightly at their neighbours’ clandestine home theatres.

By day, Nistor was an otherwise-nondescript translator for the state TV broadcaster. By night, she went to the home of the mysterious engineer Teodor Zamfir to dub thousands of bootlegged Hollywood movies up until the fall of the Ceausescu regime. An entrepreneurial genius, Zamfir effectively controlled the bootleg operation by buying up VHS tapes from cross-border smugglers, and having Nistor dub them into Romanian before distributing them to other black market vendors for a profit. Those who (illegally) owned VHS players would set up mini-theatres in their apartments, charging neighbours a sizeable admission fee for watching movies.

These action movies are certainly not highbrow entertainment, but quality had no bearing on the real life impact these movies had on the interviewees. The improvised living room cinemas provided a space for neighbours to experience entertainment free of communist ideology and from surveillance. For Nistor, her dubbing job was a chance to experience a break from daily drudgery, to watch otherwise forbidden films from the West. Children during that era recalled that the messages and heroes in the films provided them a space to act as kids as they reenacted fight scenes and experimented with childhood creativity.

The communist regime’s already arbitrary laws went through even more arbitrary mental gymnastics. On the one hand, because surveillance was so ubiquitous, while everyone could privately share fond experiences of last night’s movie, they could not discuss the films in public. Citizens lived in constant fear of informants, and often secret police would raid houses and confiscate the home theatre set upon finding out about illegal screenings. Yet, on the other hand, the authorities tolerated the supply-side of the black market and even had secret dealings with Zamfir, who bribed them with exclusive tapes to let him keep his operation. Despite her nationwide notoriety, Nistor was quietly allowed by her TV broadcaster bosses to continue dubbing the films. There was even an incident when her boss reprimanded her for using a politically incorrect religious term in her recent video dubbing (the atheistic regime forbade any mentions of religion in the media). Indeed, the power of the films was such that Nistor’s (male) translator colleague chose to stay loyal to Zamfir’s operation after outing himself as a secret police mole in order to save Zamfir from arrest.

In a way, then, the VHS smuggling operation did present a visible symptom of the communist regime’s erosion of legitimacy and power over its citizens, and it is to this erosion that the documentary attributes Ceausescu’s downfall. By the end of the Ceausescu regime, the VHS operation had become so ubiquitous that some interviewees joked that apparently the only person in Romania who didn’t know about this underground economy was none other than Ceausescu himself (even his family participated in this black market). The interviewees further give the VHS operation credit for disseminating the knowledge of the West’s values and living standards across the entire nation needed to show Ceausescu’s lies.

The consumer recording device market was still in its infancy during the 1980s. As the documentary suggests, many Romanians regarded their screening of Western films as more for entertainment value than an active exercise in information. Not even Zamfir, being the wily entrepreneur he was, recognized the potential to capitalize on the revolutionary power of such devices. Bootlegging was purely for profit or for personal entertainment first, political defiance second. A number of Romanians in the documentary report that the videos gave them a view of the outside world, and encouraged them to keep some private civil space from government control. This suggests the importance of soft power in weakening regime legitimacy, but also to encourage forms of passive resistance from the population against official control and official narratives.

Unfortunately, this documentary does not provide a broader context of information infiltration into the Warsaw Pact countries. Almost immediately after the end of WWII, the US and Western Europe had tried to find ways to break the Iron Curtain’s censorship barriers with institutions such as Radio Free Europe and Radio Liberty, which provided uncensored news and a platform for dissidents. Perhaps one of the more curious infiltration of Western culture and values into the Soviet bloc comparable to the Romanian VHS phenomenon is the stilyagi (“style hunters) counterculture in the Soviet Union during the 1950s and 1960s, who would challenge the system by listening to rock ‘n’ roll music (on bootleg vinyl recorded on used x-ray sheets) and dressing up in Western attire, like jeans. Both caused Soviet authorities much headache, and both trends were ruthlessly suppressed by secret police brutality and constant surveillance. While the focus on specifically Romanian experiences is understandable, such context would have added more weight to the documentary’s sociocultural insights about communist-era culture and resistance.

Nostalgia courses through the documentary’s veins, and the film’s whimsical cinematography captures both the participants’ mixture of rose-tinted memories and the general mood of paranoia—but also absurdities—from the security bureaucratic. Of course, Chuck Norris did not free communist Romania by blowing Ceausescu out of a helicopter like in a Hollywood movie climax, and certainly we must be wary of the film’s overstating its conclusion, but nevertheless the documentary makes a good point about how the power of cultural influence on political legitimacy should not be underestimated. As a film on contemporary politics, Chuck Norris vs. Communism is not particularly enlightening, however entertaining it is. But it is an engaging oral history as a case study of the power of information behind censorship lines. Romania’s experience with information smuggling was not the first instance behind the Iron Curtain, nor will it be the last time a dictatorship has to fend off unwanted information complicating its narrative.

Photo: “Irina Margareta Nistor” (2012), by startevo via Wikimedia Commons. Licensed under CC BY 3.0.