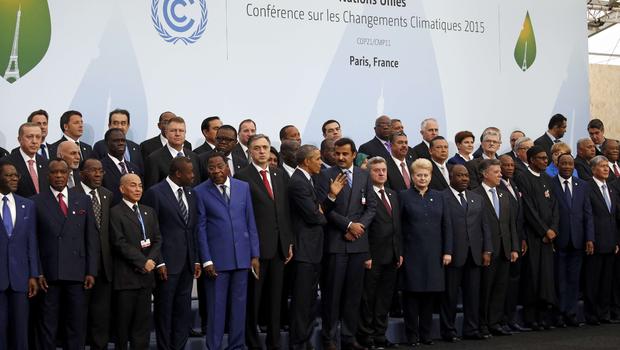 World leaders gathered in Paris this week to kick off talks aimed at reaching an agreement that limits the Earth’s temperature increase to no more than 2C above current levels.

Will the Paris talks on climate change produce a deal?

Jonas Becker: Unlikely, But There Are Better Options

If past climate conferences are anything to go by, it’s important to take governments’ assurances of reducing C02 emissions with a grain of salt. An independent report by Climate Watch, which analyzes the Intended Nationally Determined Contributions (INDCs) that have so far been submitted to the UN, concluded that if no further changes are made, the 2C cap on temperature increases will be next to impossible.

Most scientists agree that this cap is the highest tolerable temperature increase that the planet can endure, but even these warnings are not being effectively heeded. This seems to suggest that state-run models of fighting global warming may not be the most effective method. Without an enforcement mechanism, successive climate conferences have resulted in nothing more than meaningless platitudes.

There are other approaches that have arguably proven more successful. One is focusing on the developing world and providing clean energy credits to wean countries like China, which has now surpassed the U.S. as the world’s top polluter, off of fossil fuels. Another example is utilizing semi-state actors like California, the world’s eighth strongest economy and developer of a successful cap and trade emissions program. A transnational arrangement that offers a shared incentive and fulfillment system might also prove effective by pricing carbon emissions and letting each state develop its own system of enforcement, whether cap and trade, taxes or penalties. Relying on the sole integrity of states, however, has proven to be hopelessly outdated.

Michael Kang: Can Cautious Optimism Save Us?

There is a growing sense of urgency among world leaders to act on climate change; against the backdrop of a more threatening geopolitical climate and with memories of the disappointing 2009 Copenhagen Accord still fresh, there are higher expectations for negotiations this time around. Recent events like the Paris attacks and the European refugee crisis have added an element of realism to the implications of climate change for terrorism and migration. As Western leaders struggle to deal with these issues, these thoughts are likely to persist throughout the meetings.

However, progress does not always translate into concrete results; there are formidable obstacles on the road to compromise. Despite 20 countries promising to provide help in developing more accessible forms of renewable energy and many Western governments offering to provide monetary assistance to developing countries to help them reduce their emission levels, much of the developing world is still reluctant to accept the payoff between economic development and responsible environmental stewardship.

Lax environmental standards in the developing world have been a persistent source of debate during climate talks, as governments rely on them to give themselves a comparative advantage in competitive international markets. Additionally, the costs of transitioning to renewable energy are seen as an unacceptable impediment on growth. Meanwhile, large Western multinational corporations further exacerbate the demand for heavy carbon-emitting technologies in the name of cost cutting.

Unless these key trade and economic policies that have impeded progress in the past can be more effectively dealt with, we will be faced with the limitations of cautious optimism and be left with a framework for progress but no solid plan.