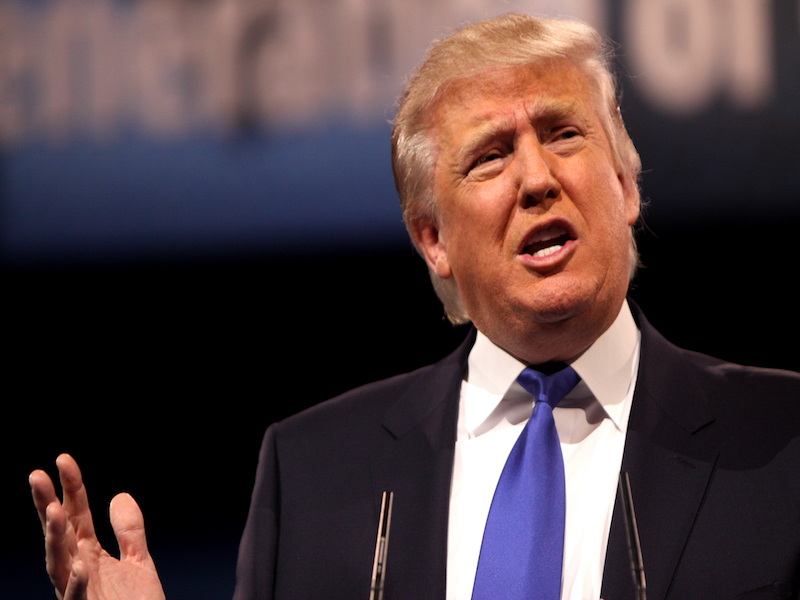 The American economy is strongly rooted in consumption, and ones ability to consume is based on the availability of income to consume with. The easier it is to get debt, the more someone will consume, but the larger a liability they become to the economy should they fail to pay their debts. With the average US household debt in 2015 standing at $130,922, of which $15,762 of it is on credit cards with high interest rates, the ability for individuals to consume is increasingly limited.

On Monday, July 18, 2016, at the Republican National Convention held in the Quicken Loans arena, something momentous happened. A political party, known for its conservatism and staunch, stick-to-your-guns attitude, called for the support of a law it had worked hard to repeal just 17 years prior.

The Glass-Steagal Act, used to refer to a provision of the 1933 Banking Act, separated the financial activities of commercial and investment banks. This to protected individuals savings and financial products like mortgages, (backed by the government) from being included in financial securities that could present significant risk. The Gramm-Leach-Bliley Act, enacted in 1999, on a tide of Republican support with key help from Democratic president Bill Clinton, repealed certain elements of the banking act and removed these protections.

Whether solely a political strategy to split the democrat vote or a further populist play by Donald Trump to appeal to dejected Americans, the move is nonetheless an important signal that this election will bring up hard questions that need to be asked. The 2008 financial crisis was the result of the issuance of a large volume of high risk mortgages that were repackaged with lower risk mortgages into financial products called mortgage backed securities (MBS). The result was similar to that of the Roaring Twenties prior to 1933, with Banks issuing fraudulent loans, that were prone to default, and selling them to investors in the form of securities. This time around it was mortgages issued to people who often had no income source or any credit. With safe mortgages packed with and hiding the risky ones, investors bought big on credit believing that the MBS couldn’t default by more than 4%. Not only did the financial world crash but everyday household debt spiked to new highs, with millions becoming unemployed and homeless.

By separating investment and commercial banks, bankers will no longer be heavily incentivized to provide financial products like mortgages, car loans, and student loans to high risk individuals to fuel profits. It also works to kill the “too big to fail” attitude and the ease of which regular people’s deposits can be tapped for use in risky financial products. Unburdening the American consumer so that they can buy less on credit and more with their real income provides for a healthier economy.

A more important implication for talk of Glass-Steagall’s return is a signal that politicians are looking to address bigger structural problems with America’s economy. Legislators are beginning to question the effectiveness of growth through an increase in debt, whether that be corporate, household or public. Senate Finance Committee Chairman Orrin Hatch (R., Utah) is pressing the Federal Reserve and the Treasury department to reveal its plans in the event that the US passes its national debt ceiling and cannot repay its external and domestic debts.

The United States is a big proponent of quantitative easing, the process of increasing the supply of money in the economy to allow new capital to flow into the market and ease the burdens companies will face. However, this policy has become overused and has resulted in the financial sector decoupling from the “real economy”: the bank accounts, debt, wages, and ultimately the consumption of average citizens.

In effect, banks and financial institutions grew while household consumption as a percentage of GDP remained flat, GDP growth remaining stagnant around a 1.5% to 2.5% rate, and household debt skyrocketing. If the US is still on top why does this matter you might ask? Because the US has run out of room to grow. Between the government debt ceiling and the failure of quantitative easing programs to translate into real economic gains, the US and the entire Western economic system it supports is being surpassed by an Eastern competitor. China, following the example set by the amazing results in the United States, has been working to shift its economy inwards and focus on driving growth through consumption.

With a GDP of $10.866 trillion, and a population of 1.3 Billion and counting, China’s decreasing growth rate growth rate (still above 6%) has been heralded as a signal that the giant has reached its limit. However, when you look at the Gross National Income (GNI) of China, citizens in the Peoples Republic continue to see persistent and steep growth in their incomes.

Consumption as a percentage of the GDP continues to grow, from 66.4% of GDP in 2015 to 73.4% of GDP in the first-half of economic growth in 2016. The country need only maintains its growth in GNI long enough for greater consumption to drive the service and consumer goods sectors, and so that people’s incomes reach a threshold where the 1.3 billion plus citizens are able to start accessing more complex financial products. With higher income levels, mortgages, and loans can be offered more freely by banks in China as the risks of non-repayment decrease. Small and Medium enterprises begin to pop up more readily when banks feel there are higher average incomes to secure business loans.

In essence, China can out-consume the US in its current state. It is only beginning on the path of consumption based growth. The renewal of the Glass-Steagall act may only represent a hollow campaign promise aimed at splitting the democrat vote. But it does say something important: that there is a flagging confidence in the financial system of the worlds superpower. Not in its experts or leaders, but in the structure itself. Issuing debt as an incentive for consumption does not work when your competition has more consumers than you. A call to restructure might be just the incentive the economy and its regulators need to investigate deeply where the economies of the developed world should be pointed to create a viable plan for future growth not entrenched in debt or fanciful and complicated financial securities.