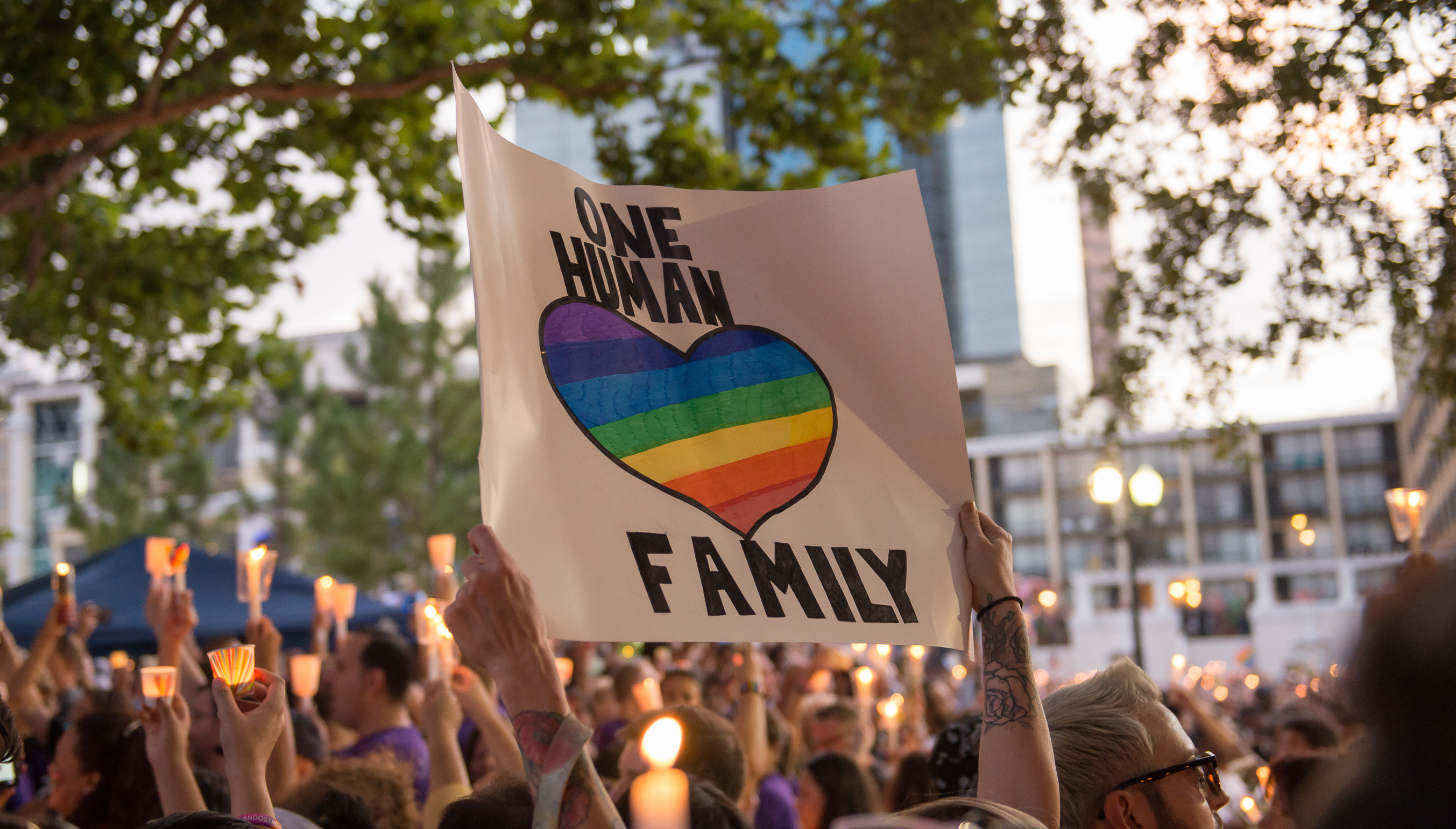 The recent murder of 49 patrons and injury of dozens of others in a LGBT night club in Orlando, Florida, by a gunman claiming allegiance to ISIS has sparked renewed debate on a number of sensitive flash points in American politics: gun violence, LGBT rights, and Islamist terrorism. This week, we asked our program editors to consider what should be the U.S. government’s priority in responding to this tragedy.

Andi Asimetaj: Now Is The Time For Sensible Gun Control

The Orlando massacre was the deadliest mass shooting in American history and the worst terrorist attack since 9/11. While similar incidents in schools, churches, and movie theatres have yet to break the impasse, the Orlando shooting is a clear indication that the U.S. has a profound gun control issue.

This long-running saga has reached a critical stage and Republicans, who control the Senate, have to respond with some form of gun control measure.

In American politics, gun control has always been a potent issue, and the differences are clear between Republicans and Democrats. Republicans responded with thoughts and prayers for the Orlando victims, while Democrats called for denying access to guns for those on the U.S. government’s terror watch list. I think that calling for universal background checks, robust mental health requirements for gun ownership, and preventing ownership among particular groups of people (such as those with a history of violence, mental illness or domestic abuse) is the best way to regulate firearm distribution.

We have to be aware of guns in American culture and constitutional law, and understand that a sweeping ban on ownership is not a viable solution. However, some action needs to be taken. A large majority of Americans support a bill that calls for measures on gun purchases, including a mandatory background check to regulate those on watch lists; this needs to be enacted.

Marissa Young: Waiting For A Shift In Cultural Consciousness

After the Orlando shooting, politicians, celebrities, and society at large have cried out for increased gun reform in the United States. Sadly, it’s more likely than not that no reform will take place.

The Second Amendment of the U.S. Constitution grants Americans the right to own and use guns for personal protection and the militia. However, in 2016, guns tend to do more harm en masse than to protect. The FBI defines a mass shooting as “four or more shot and/or killed in a single event [incident], at the same general time and location, not including the shooter.” By this metric, the U.S. endured 372 mass shootings in 2015, with 475 killed and 1,870 injured.

Yet after each attack, the status quo remains. The NRA pushes against reform, and the politics of gun control make change incredibly difficult. Even after Sandy Hook, Charleston, and Virgina Tech, such high profile atrocities don’t seem to convince gun proponents to change their minds.

Because in a society that prioritizes the right to bear arms over the sanctity of human life, it’s unlikely to expect change.

This fundamental issue within the United States has drawn out the gun control debate for far too long. Without a shift in cultural consciousness that re-prioritizes the way in which guns are regulated, a transformation of the system will remain elusive. It will take more than superficial rhetoric for the United States to have an impactful reaction to gun violence.

Once again, the U.S. has failed to come together in the aftermath of a tragedy, with Democrats calling for gun control and Republicans preoccupied with labelling the incident as “radical Islamic terrorism.” As voter disenchantment continues to gather pace, one of the biggest issues confronting the country is the quality of its democracy.

A recent study by Princeton Professor Martin Gilens and Northwestern Professor Benjamin Page suggests that the U.S. is not a democracy, but an oligarchy. Based on 1,800 different U.S. policies that were put in place by politicians between 1981 and 2002, measured against the policy preferences of average and wealthy Americans, the authors concluded that U.S. laws are shaped more by special interest groups than by politicians representing the will of the public.

Lobbying groups spend money influencing politicians and public opinion, as many of them view gun rights as closely tied to their basic freedoms. It is difficult to advocate for policy reform when citizens fundamentally believe that they are entitled to guns. On that note, I’m highly skeptical that Congress will do what it was bound to do a long time ago and take necessary measures. Consequently, urgent reform is derailed because of fears of a political backlash. The consequences of inaction, most recently attested by the Orlando shooting, are all too predictable and tragic.

The U.S. Constitution’s Second Amendment, which guarantees its citizens the right to bear arms, is the subject of frequent debates. The Orlando shooting has once again brought this issue to the forefront, and some claim that this might (finally) be the time Congress enacts gun control measures. Both presidential candidates, as well as the current president, all seem to be in agreement that the laws, which gave the shooter such easy access to an automatic weapon, need to be amended.

The issue, as often is the case in this long debate, is how much gun control will be imposed. The current political discourse focuses on the issue of suspected terrorists still having the right to purchase guns, while felons and fugitives do not. Hilary Clinton has put it succinctly: “If you’re too dangerous to get on a plane, you’re too dangerous to own a gun.” While there are few people that would disagree with this sentiment, those that disagree are more vocal and passionate. The fact that relatively modest reform attracts such controversy makes it seem more than likely that Congress will continue to do nothing.

The multiple deaths and injuries in Orlando stemmed from the killer’s access to firearms. Laws must adapt and accommodate to the changing circumstances of society. In devising an ambiguous, flexible constitution subject to revision, America’s Founding Fathers implicitly recognized this fundamental principle.

American history is replete with examples of laws being modified or overhauled as societal norms evolve. If this were not so, women would never have been given the right to vote or blacks granted the full benefits of citizenship. Striking down the Second Amendment is another mandatory change that the American government must make to ensure the safety of its citizens.

In 1996, Australia faced the same issue after the Port Arthur mass shooting killed 35 and injured 23. Without delay, Australian politicians adopted strict national gun reform, which banned most high-capacity guns under the National Firearms Agreement. Since then, no mass shootings have occurred in Australia and there has been a significant reduction in the country’s gun violence rate. The U.S. must follow in the same direction by restricting easy access to the kind of weapons used in Orlando.