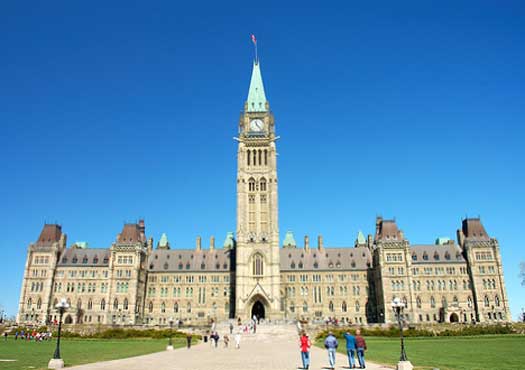 It’s been said that Canadian prime ministers, their personal wishes notwithstanding, will consistently have three issues consuming a disproportionate amount of their attention: the economy, Quebec, and relations with the U.S. This is no less true today, even as some commentators speak alarmingly of a dramatic decline in America’s global influence. Indeed, the bilateral relationship with Washington overwhelmingly remains Ottawa’s top international priority: $2 billion in daily trade across the world’s longest border, a shared colonial heritage, a striking overlap in political values and cultural tastes, and deeply integrated security ties make this so.

The next Canadian government will need to address the eerie state of indifference to which relations with the Americans have plummeted over the past five years. No less an authority than former Canadian ambassador to the U.S. Allan Gotlieb has noted, “the relationship is as cool as I ever remember.” Sharp differences in worldviews, hard-edged Canadian stances on Israel, Iran, and Ukraine viewed by U.S. officials as unhelpful, and, most importantly, the fate of the Keystone XL pipeline being held hostage to interest group politics in Washington have virtually frozen constructive interaction between Stephen Harper and Barack Obama.

This matters. A relationship as interdependent and interlocking as this one means that much of it is self-sustaining and carries on as before, no matter what the state of ties at the top. Yet personal relations can often provide inestimable momentum and rescue policy initiatives bogged down in a bureaucratic morass, such as the presently stalled Beyond the Border Action Plan. Harmonious relations between the White House and 24 Sussex Drive can mean the difference between a bilateral relationship running on autopilot and a vibrant one advancing mutual interests.

The next Prime Minister should make it his priority to restore amicable ties with his U.S. counterpart.

The most important foreign policy priority for the next Canadian government is to reaffirm and strengthen commitments to its longstanding allies, NATO and otherwise. This priority stems from a host of issues, including international security, trade, and international development and aid.

Canada has demonstrated partnership with the European community and the U.S. with its commitment to NATO missions. Relations with states are fickle things, and often times become strained. This is relevant to the current Canada-U.S. relationship. However, with increased focus, this relationship and the issues around it can be mended. An increased commitment to improving relations will have benefits in creating stability and opportunities to contribute aid and development funding worldwide. Likewise, it will pay off for trade and relations with our partners.

Many of the goals set out by the Department of Foreign Affairs and International Trade in 2015-16 are only achievable through strong alliances and relationships abroad. If Canada wants to improve trade, aid, and security, it cannot do this alone. Therefore, the next Canadian government must focus on creating stable and mutually beneficial relationships that will encourage the pursuit of its stated objectives. These goals represent important values that the new government should strive to represent.

Canadian foreign policy is not discussed enough during an election. Generally, we are more concerned with domestic policy. However, in this exceedingly interconnected world, it is important to understand how foreign policy actually does affect our day-to-day life. The next government’s top top foreign policy priority should be international security.

As we have already seen, the Syrian refugee crisis has escalated and the international community has struggled to respond to it. This crisis has put our allies –many European countries and Israel–in a dangerous geopolitical position. Europe now confronts a disorganized and great influx of refugees that it is not prepared to manage. While maintaining strong domestic security, the next Canadian government should focus on both helping these nations playing host to refugees and dealing with the related problem of ISIS and Bashar al-Assad’s continued rule in Syria. By doing so, Canada would not only fulfill its responsibilities as an international actor. It would also fulfill a longstanding tradition of promoting peace abroad. The Syrian crisis is out of hand and horrifying for millions of families.

When a new government is formed after October 19, one foreign policy topic should demand its immediate attention: the state of our export-based economy. The Canadian dollar has plunged to an 11- year low, after Norway cut its interest rates on September 24. As demand for energy and primary goods remains relatively low in Asia, the forecasted recovery outlook for Canada’s economy is not looking good, should we stay on the present course.

Rather than focusing attention on containing threats such as ISIS, the Canadian government should look at leveraging and reforming the economy. If Canada lacks a strong economic foundation, its capacity to implement an effective foreign policy will be greatly reduced over time.

An overreliance on the energy sector, specifically fracking and oil prospecting, contributed to Canada’s emerging relatively unscathed from the 2008 recession, but has since caught up with the economy. Over 90 percent of our oil exports go to the U.S. and Asia; it is easy to see how falling demand has hurt the export-focused Canadian market.

New economic initiatives should be explored in restarting manufacturing and secondary industries, which would gradually enable us to move away from our reliance on the inherent instability of commodities. Growing demand for green energy products, such as solar and wind technology, represents one sector, while new markets and opportunities stemming from the Trans-Pacific Partnership (TPP) is another. Foreign policy begins at home, which means strengthening the Canadian economy.