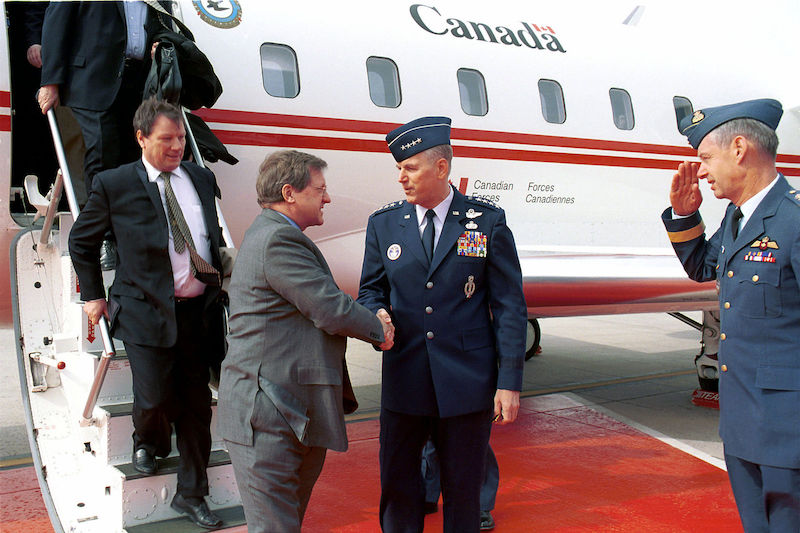 On October 27-28 the Canadian International Council and Bill Graham Centre for Contemporary International History organized an event to celebrate the 20th anniversary of the inauguration of the Ottawa Process. Twenty years ago, Canada began working on an international treaty to ban the use of anti-personnel landmines. The treaty was an unprecedented document to promote human security, widely regarded as a success story.

The Canadian Minister of Foreign Affairs, Lloyd Axworthy, was one of many government officials during the 1990s who argued that there was a need for a more compelling and legitimate treaty to prohibit the use of landmines. Axworthy’s proposal resulted in the Ottawa Conference in October 1996 with 75 state representatives attending. The main goal of the conference was to outline the details on how to develop a formal ban on landmines and establish a declaration for states to sign. The Landmine Treaty opened for signature a year later and was signed by 122 countries who committed to implement a ban on the use of anti-personnel landmines.

The Ottawa Treaty entered into force in March 1999 and currently has 162 signatories.

The treaty was celebrated as a progressive step away from the post-Cold War atmosphere that was plagued by distrust and uncertainty between major international powers. The 1990s marked a new era of international relations, focused on increasing humanitarian action, peacekeeping missions and global cooperation. Canada eagerly endorsed the new security order and actively pursued efforts to establish itself as an actor driven by human security objectives. Human security and an interventionist agenda came to permeate Canadian foreign policy in the 1990s, which helped paved the way for the landmine treaty.

The road that led to success

First, a key ingredient of the Ottawa Treaty’s success was innovative leadership. The Ottawa Process leadership model was both audacious and visionary, since victims of landmine accidents were invited to participate. The lives of ordinary citizens became the main target of attention. Consultation and dialogue with the citizens proved to be a fundamental building block for a viable treaty and vital to understanding the human security implications of landmines.

Second, the Ottawa Treaty was founded upon a crucial change of discourse with regards to landmines. Landmine control transitioned from being addressed as an issue of arms control to a focus on humanitarian assistance, which tremendously enhanced the appeal of the Treaty. Countries were more inclined to sign the agreement when they perceived that landmines were treated as a matter of humanitarian aid, rather than an intrusion of their sovereign weapons control.

Third, the Ottawa Process included like-minded states. All of the 75 states who attended the conference in 1996 were against the use and proliferation of anti-personnel landmines which made diplomatic conduct easy. One of the main tenets of the conference was that attendance was voluntary. Presence around the decision making table was not mandatory. Consequently, many nations became enthusiastic and willing participants. Reluctant countries were brought in through pressure from civil society, media and political constituents. Effective public shaming led then to a fear image loss if they did not sign the treaty. The military utility of landmines became highly questioned and subject to widespread condemnation, as landmine control was successfully framed as a humanitarian issue. The Canadian Landmine Foundation confirms that the Ottawa Treaty’s goal to outlaw the use of landmines has prevented tens of thousands of civilian casualties and severe injuries.

Can the Ottawa Process be replicated?

Are the favourable features and outcomes of the Ottawa Process applicable to the case of nuclear weapon control? The disarmament of nuclear arsenal remains a contentious and contested issue. At the moment, there is no viable or comprehensive treaty addressing the issue. The potential applicability of the Ottawa Process’s successful ingredients may not be relevant until countries in possession of weapons of mass destructions (WMD) believe that there is no utility in having such weaponry. Arms control is a sensitive issue and the rising tensions between the United States, Russia and China is likely to enhance the level of sensitivity around this subject. A treaty with the aim to get rid of WMD will lack substance and prove futile unless nuclear countries sign on.

Although the characteristics of the Ottawa Process may not be replicable, it is possible to learn from the process. As it appears, skilled politicians and cross-country cooperation is not always enough to bring about international treaties; a big part of the success of the Ottawa Treaty can be attributed to the successful portrayal of landmines as a humanitarian hazard, which has created a powerful and rare universal stigma against landmines.