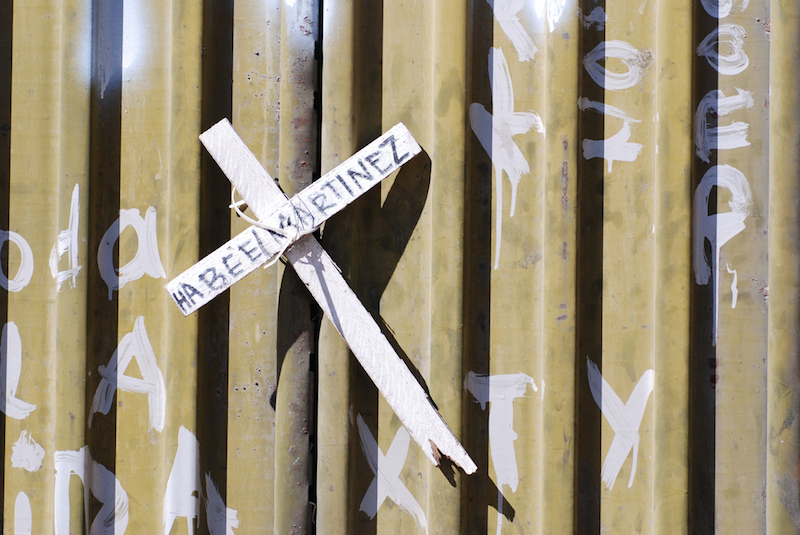 In June 2014, U.S. President Barack Obama released a memo calling the surge of unaccompanied minors crossing the U.S.-Mexico border from countries in the Northern Triangle of Central America (NTCA) an “urgent humanitarian situation”. Although unaccompanied minors crossing the border is nothing new, the demographics of who is crossing the southern border have changed drastically in the last 15 years, with more families as well as unaccompanied children. Most of the children travelling without their parents come from Central America, particularly boys between the ages of 15 and 17 arriving from El Salvador, Honduras, and Guatemala. Many of these children cross into the United States with the false expectation of being given a permiso (permit) to stay. Misguided rumors of an “open-arms” policy and a widespread misunderstanding of U.S. immigration laws fuel the migration.

In most cases, undocumented Mexican children are sent back rather quickly, with historical low numbers of children passing the screening interviews that allow them to seek refuge in the United States. Meanwhile, the procedure is slightly different for children coming from Central America. Most of this process was codified by Congress under the Homeland Security Act of 2002 and the Trafficking Victims Protection Reauthorization Act of 2008. The law states that unaccompanied children from countries other than Mexico must be taken into custody by the Border Patrol and transferred to a shelter assigned by the Office of Refugee Resettlement—part of the Department of Health and Human Services (HHS)—within 72 hours. Approximately 90% percent of the children in these cases are released to a family member or friend, while the rest are placed in foster care while they await their deportation proceedings.

While the shelters run by the HHS are considered short-term, many children end up staying an average length of 35 days. Under international law and according to the United Nations High Commissioner for Refugees (UNHCR), children should not be detained; if they are, it should be as a “measure of last resort” and with an overall “ethic of care”. It has been well-documented that children initially kept in detention facilities, prior to being transferred to government-run shelters, were held in inhumane conditions, including some cases of physical and verbal abuse. These seemingly punitive conditions raise worrying concerns about the violation of human rights standards in detention settings.

The influx of unaccompanied children from Central America has revealed the flaws of an immigration system ill-equipped to handle a crisis of such proportions. While some are considered economic migrants, nearly 50% are fleeing due to threats to their personal safety and well-being. Even though they are crossing the border to escape violence, many of these children often fail to qualify as refugees. The UNHCR has pushed the U.S. and Mexico to treat Central American migrants as refugees displaced by armed conflict, as they would otherwise not be eligible for political asylum. Even if unaccompanied minors are eligible for a number of protection visas or asylum claims, they are left to find their own legal representation as legislation does not guarantee them a lawyer. Those who manage to secure lawyers, such as pro-bono legal counsel, have approximately a 70% chance of a successful outcome, compared to a 7% success rate with no legal representation. Unfortunately, there are not enough pro-bono legal services to meet the outstanding need, with over 38,000 cases being unrepresented as of April 2015.

The increased volume of cases is met with an increased delay in processing time, with an average wait time of 516 days. Trends in recent years have shown that about half of all cases result in children being ordered to be deported, although those orders may not be carried out for several years. Those who choose not to go to court, instead opting to live illegally in the U.S., face serious developmental and educational challenges, including psychological stress caused by living their lives in the shadows.

While most individuals are aware of the migration dangers and increased chances of deportation, the increasing numbers of undocumented child migrants and refugees reveals a harrowing story. Opting to embark on a perilous journey, many of these children cite gang or cartel violence and endemic poverty as reasons that push many to flee their homes. According to an International Crisis Group report, El Salvador and Guatemala are two countries with some of the highest homicide rates among children and adolescents. Erecting more barriers, including President Trump’s proposed 1,000 mile-long concrete wall along the U.S.-Mexico border, will do little to dissuade those desperately fleeing persecution in their communities. Rather, this may place already vulnerable children, women, and men at greater risk of victimization by criminals and corrupt state authorities. Without tackling the root causes of political instability, corruption, and gang violence that force many to flee the Northern Triangle, children will continue to attempt to cross over. They may even be forced to take costlier and riskier routes, placing these already vulnerable targets at risk of sexual exploitation and forced labor by drug-traffickers.

As part of a concerted effort to reduce the number of unaccompanied Central American children from crossing the border, the Obama Administration established the Central American Minors (CAM) Refugee/Parole Program in December 2014. This in-country assessment program is based on similar programs in Vietnam and Haiti that attempt to process minors in El Salvador, Guatemala, and Honduras for potential refugee status. Nonetheless, while it presents an alternative to embarking on a dangerous journey, its benefit is limited to a small number of children, thus leaving many to a ‘revolving door’ of migration, deportation and remigration. Even then, the Obama administration’s policy changes have done little to address the situation of children already in the U.S. who need assistance.

The reality is that many are left with no choice but to flee. While the humanitarian crisis of 2014 led to the mass migration from the Northern Triangle, the continued mass deportations of “unaccompanied alien children” and the inadequate reintegration services for deportees trap tens of thousands of children in a predicament. While the United States federal government has called the plight of unaccompanied Central American children a “humanitarian crisis”, it does not consider them refugees. The influx of children from this region is likely to continue under these circumstances, and what remains to be seen is whether the policy response from the United States will adapt to better address this long-standing crisis.