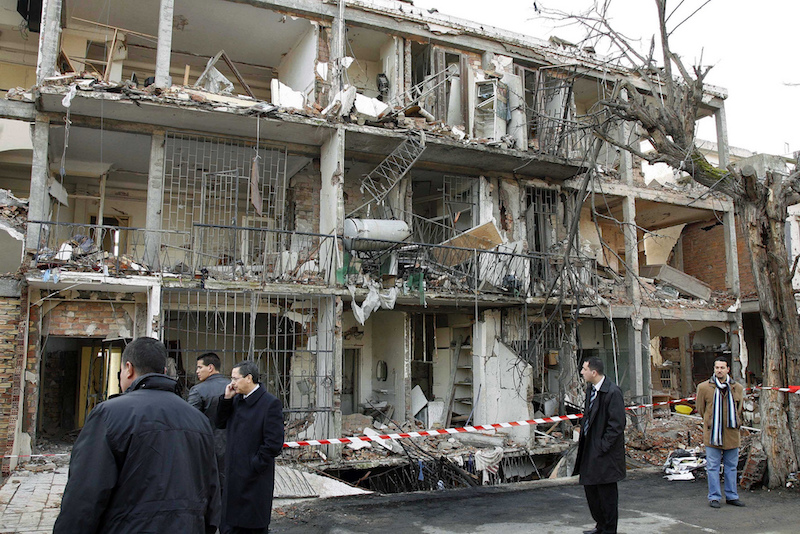 Africa’s Sahel region, a vastly impoverished and sparsely populated area spreading from Mauritania to the Sudanese border, has become a “perfect sandstorm” for Islamic militancy and jihadist activity in recent years. Current policies mostly tackle the symptoms of ‘violent extremism’, failing to recognize that a security-first approach overlooks the inherent social, geographic, and political vulnerabilities that face a region of predominately fragile states and fractured ethno-religious societies.

Factors such as chronic underdevelopment, failed governance, corruption, political alienation, and an increasingly young population with limited access to education and job opportunities have left the region vulnerable to extremist violence and instability. The complex set of intersecting social, economic, and historical factors suggest that violent extremist organizations (VEOs)—such as Al-Qaeda in the Islamic Maghreb (AQIM) and its affiliates—cannot be defeated solely by military means. Extremism is not new to the region, dating back to the early 1990s when Mujahedeen fighters returning from Afghanistan began organizing themselves, first in Algeria as the Armed Islamic Group (GIA), and then expanded elsewhere in the region.

AQIM’s terrorist attacks in Mali, Burkina Faso, and Côte d’Ivoire over the past two years against mostly Western targets give little reason for optimism in today’s security landscape. Regional counter-terrorism strategies focusing primarily on containment of the jihadist threat have all but missed the ‘larger picture’. While joint military counter-terrorism efforts are needed to curtail growing jihadi extremism, they should be accompanied by a longer-term approach that tackles the structural factors fuelling marginalization, resentment, and alienation, which breed opportunities for radicalization.

Although AQIM has largely been driven out of its original foothold in Algeria, it has established a strong presence in the historically neglected northern part of Mali. The north-south polarization of the country lends itself as the perfect breeding ground for extremism. AQIM adopted a strategy that has worked to exploit pre-existing grievances of marginalized local groups at opportune times, such as the 2012 Taureg rebellion in Mali. Al Qaeda operatives have also integrated themselves within local communities, establishing a dominant yet invisible presence and making it harder for state authorities to distinguish between criminal networks, rebels, and jihadists.

While these socio-political vulnerabilities work to AQIM’s advantage, the geography of the Sahel region plays a role in shaping the security landscape. The vast and openly hostile terrain, in addition to poor infrastructure, makes it difficult for security forces to seize control of the area, particularly its borders. The difficult operational environment has made it relatively easy for AQIM and Boko Haram to take hold of strategic towns in Mali and Nigeria, creating “no-go zones” for state authorities. The lack of political will, particularly in Mali, is demonstrative of the state’s unwillingness to allocate financial and logistical resources to fighting extremists in the north. This unofficial security policy has infuriated neighboring countries such as Mauritania, Niger, and Algeria, who are often the targets of cross-border terrorist attacks.

Porous borders are just one aspect leading to the region’s instability. To curb the rising extremism, which only makes the region more volatile, greater emphasis should be placed on anti-terrorism training and de-radicalization programmes. This strategy’s effects can be seen in the case of Mauritania, which has long been considered a potential breeding ground for terrorist recruitment and a particular ‘hot spot’ for Saharan-based terrorist groups in the mid-2000s. Its relative stability in recent years could be attributed to major reforms in the security sector, including a de-radicalization programme that works with mosques and aims to reintegrate detainees.

The lack of job opportunities along with feelings of idleness make the region’s 41 million youth under the age of 25 easy targets for criminal gangs and militant groups. Group membership provides mutual emotional and social support as well as a sense of identity for many youth. Understanding the interplay between political grievances and social exclusion may be the key to tackling the underlying motives behind extremist recruitment.

While various joint counter-terrorism efforts, such as the G5 Sahel and the Multinational Joint Task Force, have helped strengthen regional security and counter violent Islamism in the Sahel, they have not sufficiently addressed the underlying causes of insurgency. For instance, the 2013 French intervention in Northern Mali at the behest of the Malian government may have sparked renewed resentment towards what radical groups like AQIM perceive as continued Western influence and neo-imperialist tendencies in the region.

The Sahel region’s counter-terrorism and counter-insurgency policies leave much to be desired. Constrained budgets and a limited number of ‘operations capable’ forces raise questions on the effectiveness of a primarily containment-first security approach. A region mired with high levels of corruption, weak governance, and a lack of inclusive policies for disaffected youth will continue to be a worrying, if not increasingly dangerous, platform for jihadist violence—a ‘perfect sandstorm’ of sorts.

Cover Photo: Bombing of the UN headquarters in Algiers (2007), by Africa Renewal via Flickr. Licensed under CC BY-NC-SA 2.0.