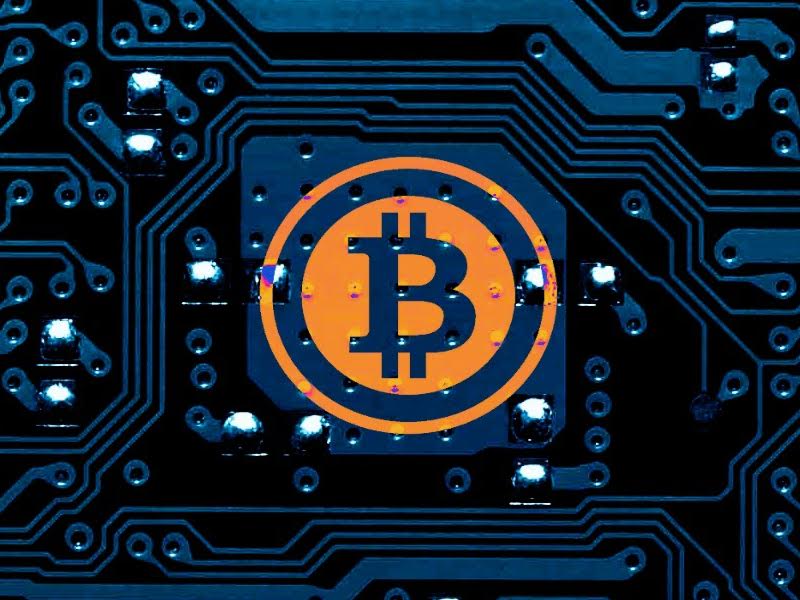 Bitcoin, a crypto-currency that was established in 2009, is a decentralized digital currency that has prompted many national security threats, as well as raised awareness surrounding the need of government intervention and regulation.

Bitcoin works on a peer-to-peer (P2P) blockchain, which is an encrypted system of records for all transactions that is distributed across the internet free from human intervention. The crypto-currency has been deemed extremely volatile due to fluctuations in value over short periods of time. However, its price has increased drastically since it was first established and as of March 2017, has reached a total net value of US $17 billion.

Individuals are able to purchase and sell Bitcoin through online exchanges, such as Quadrigacx, which facilitate transactions between banks and the Bitcoin market. Virtually anyone is able to own Bitcoin as long as they are able to transfer funds online through their financial institution. Many of these online exchanges require little to no consumer identification to process a request.  As ownership of this crypto-currency is anonymous in nature and not regulated by governments, it enables the possibilities for the purchase and distribution of illegal goods, money laundering, and terrorist financing.

Historically, the crypto-currency has been used as a means to facilitate the sale of illegal goods on the dark web. The dark web is an online platform that functions on a P2P network of websites that act as e-commerce hubs for buyers and sellers to communicate and trade an assortment of illegal and unregulated goods and services. This includes firearms, explosives, dangerous chemicals, stolen identification information, assassins, drugs, and many other types illicit of goods.

Transactions between users are able to remain anonymous through encryption of the crypto-currencies, the use of virtual private networks that are able to mask the IP address of the purchaser and the seller, and the P2P networks of the dark web. Many of these dark web sites operate on voluntary servers throughout the world and have backups in other locations in different countries due to fear that they be forced to shutter. Almost everyone who owns Bitcoin is able to engage in the purchase and sale of these illegal goods. The tools that are necessary to access the dark web are a P2P network browser, such as Tor, and a Virtual Private Network (VPN).

The dark web acts as gateway for high risk individuals to obtain deadly weapons, which could inevitably compromise national security. For instance, if a high profile terrorist group was able to obtain weapons grade uranium (which is available on the dark web), they could ultimately develop a nuclear weapon that could be used against a state. As sellers and buyers are anonymous, it is difficult for foreign regulatory bodies to track the sale of these goods and services. This suggests that high risk individuals, such as terrorists would be able to sell illegal goods like drugs to finance their operations while remaining anonymous.

Bitcoin also poses a money laundering and terrorist financing risk, as the unmonitored distribution of wealth can allow for the transfer of funds between terrorist groups, organizations, and banks. Although there is a fee imposed on the transfer of Bitcoin between online exchanges, this is hardly a deterrent as anyone is able to transfer funds from one exchange to another and then to their bank while remaining anonymous.

Many online Bitcoin exchanges are not monitored and do not require customer identification, so it is difficult to track who and where the money was sent from. Bitcoin is also decentralized and operates globally, it is difficult to determine which body should be responsible, international or domestic, for monitoring money laundering through Bitcoin.

The security threats posed by crypto-currencies and the dark web must inevitably be managed by an intergovernmental body. The key to deterring the trade of illegal goods, money laundering, and terrorist funding is for government and foreign bodies to dismantle the infrastructure which supports this trade.

The first step is to set up a foreign body regulator to or utilize an existing intergovernmental regulator, such as The Internet Corporation for Assigned Names and Numbers, to govern globally the matters of crypto-currency.

The next step would be to develop regulations which state that all online Bitcoin exchanges must keep logs of all personal information and verify it within the corresponding government institution. For instance, Quadrigacx verifies consumer identity through a partnership with Equifax, a credit union based in North America. If other online Bitcoin exchanges follow a similar approach this could allow for the greater scrutiny of online exchanges which facilitate transactions of Bitcoin and do not collect personal information.

Additionally, there should be measures for a regulator to vet and shut down all dark web browsers and P2P networks that facilitate access to these online black markets. An example of this would be the shutdown of the ‘Silk Road’, an online black market, which was a financially and time intensive operation. In this case, U.S. Federal Bureau of Investigation (FBI) was able to infiltrate the server location of the website which led to the inevitable arrest of the operator of the platform.

Currently, the Global Commission on Internet Governance has issued reports regarding the use of the dark web and some effective means for government bodies to monitor illegal activities. Shutting down the dark web raises some ethical issues, as not everything on the dark web is illegal. In some cases the dark web has been used by whistleblowers to reveal issues regarding human rights abuses, as well by military and law enforcement officials for sting operations. Lastly, there is the issue of anonymity, as not everyone wants to be monitored, while countries like Canada and the U.S. have institutionalized fundamental privacy rights for citizens within their respective constitutions.

There is great debate on the advantages and disadvantages of the dark web and Bitcoin. However, it is imperative for an inter-governmental body to monitor the activities which take place in order to protect national security.

Thomas Phelan is honours graduate of Business Management and Organizational Studies from the University of Western Ontario with a specialization in Organizational studies, Policy, & Ethics. He is currently enrolled in a post-graduate program at George Brown in Strategic Relationship Marketing. Over the course of his academic and professional career he has developed extensive knowledge of global market trends and operations. View all posts by Thomas Phelan →