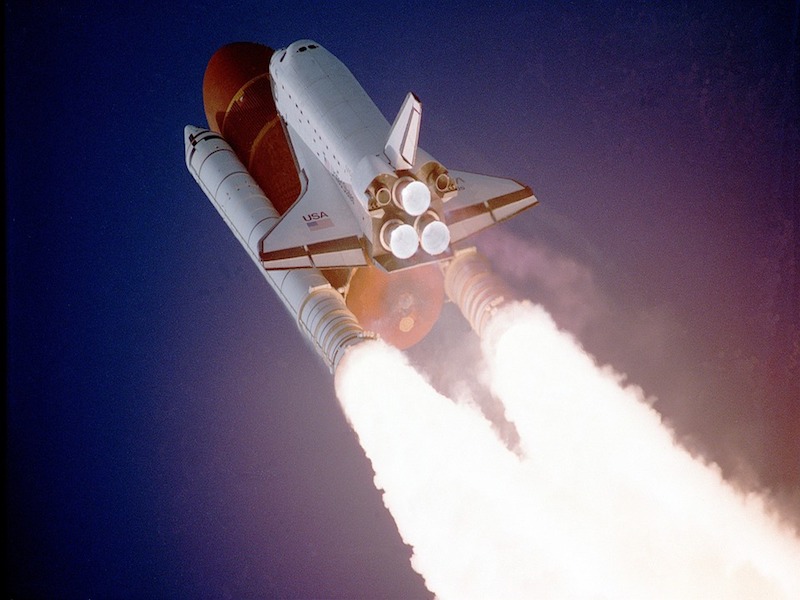 What many had assumed was just posturing about the creation of an American Space Force has now gained momentum and could become a reality sooner than expected.

Trump is known for using strong, incendiary language. This was on full show earlier this summer when he addressed the American National Space Council. Harkening back to his ‘Make America Great Again’ campaign slogan, the President pushed the importance of “…reclaiming America’s heritage as the world’s greatest space-faring nation,” and opined “the essence of the American character is to explore new horizons and to tame new frontiers.” Beautiful sentiments, and something scientific space organizations like the National Aeronautics and Space Administration (NASA) would be happy to hear. They would likely also agree with Trump’s words on the importance of supporting the commercial space industry, clearing space debris congestion, and an eventual Mars mission. However, the strongman President didn’t stop there, and instead continued to emphasize that it wasn’t “enough to merely have an American presence in space. We must have American dominance in space.” To carry out this vision of conquest, Trump directed the Department of Defense to immediately begin the creation of a new, sixth branch of the armed forces dedicated to military space oversight.

The idea of a dedicated American Space Force is nothing new, as in 1999 Senator Bob Smith wrote about the possibility, with Donald Rumsfeld developing the idea the following year. While these proposals never gained steam, they were in fact less controversial than the one promoted by the current administration. Trump’s idea of a new branch involves removing space-related operations from the Air Force and their Air Force Space Command (AFSPC). Many within the military and Senate are not happy with the idea, arguing that it needlessly adds more bureaucracy and complexity to an already ladened security structure. US Secretary of Defense Jim Mattis even wrote a letter to this effect back in 2017, when another Space Corps proposal was floated. In his letter, Mattis stated that he “…do[es] not wish to add a separate service that would likely present a narrower and even parochial approach to space operations.” It would take an enormous amount of resources and reshuffling to create a new military branch, and critics feel it is not necessary.

Supporters of the idea see it is a pre-emptive way to ensure that the United States isn’t overtaken by China or Russia in space development. They feel that if this were to happen it would threaten American communications satellites and therefore intelligence networks and national security. Many see space as a ‘warfighting’ domain, and therefore justify extreme measures to promote dominance. There are procedures in place which complicate the process, as creating a new military branch requires legislative authorization from Congress. As the 2019 National Defense Authorization bill has already passed through Congress, any new proposals will have to wait a year to be submitted. Opponents to a new space branch therefore assumed they could wait to build resistance until the end of 2018. This, it turns out, is not the case.

In his aforementioned speech, Trump directed the Department of Defense and the Pentagon to immediately begin laying the groundwork for a new space force, and this they seem to have done. A pre-commissioned report from the Pentagon on the possible restructuring of space operations was supposed to be released on August 1st. The publication Defense One managed to obtain exclusive access to the now delayed draft report, and from what they saw, it seems that the Pentagon is prepared to start everything it can legally do to build a space force before receiving Congressional approval for the new branch. The initial 14-page draft report suggested pervasive changes and imminent restructuring. It stated that in the coming months a combatant command for ‘space warfighting’ would be created, along with a joint office to buy new satellites and develop new technology, and a corps of space experts gathered from across the military. The Air Force’s Space and Missile Systems Center’s recent restructuring, to change satellite procurement protocol, something the draft-report touches heavily on, was suggested to only be “the start.” According to Defence One sources, the Air Force was mostly excluded from the review process of the draft, following Trump’s new mandate. This overhaul can all be done without Congressional backing, with the Pentagon preparing a proposal for the creation of the new military branch for the 2020 Defense Authorization Bill.

A week after the report was due to be released, Vice-President Mike Pence officially endorsed the goal of having a Space Force in place by 2020, and stated that the initial investment needed would be USD $8 billion. The Final Report on Organizational and Management Structure for the National Security Space Components of the Department of Defense was subsequently released, and did not differ widely from the leaked draft. It expands on the four components that will be created within the Space Force under the oversight of the Department of Defense: the Space Development Agency responsible for capabilities development and fielding, the Space Operations Force that will develop space leaders and joint space-warfighters, Service and Support, and Space Command, which will develop Space Force warfighting operations and protect American national interests. While the report continuously touches on the synergistic outcomes of the restructuring and the imminence of it, details are still quite vague.

If the legislative proposal to Congress is approved, it would mean the official creation of an American Space Force. The report highlights the positives of such a body; it will open up economic and industrial growth and push innovation in space technology. Building partnerships with private industry and looking to take advantage of the commercial space economy does make sense for America. Space security is also a very real and pressing issue. The military is heavily reliant on the use of satellites for their operations, as they underlie Global Positioning Systems (GPS), communications, intelligence, surveillance, reconnaissance, and weapons-guidance capabilities. Space systems are vulnerable to many threats: from cyber interference and jamming to kinetic attacks from direct-ascent anti-satellite (ASAT) missiles. America is making it clear that they feel their space infrastructure is at risk, and that they are concerned that adversaries such as Russia and China are developing space-based weapons against them. Indeed other countries, such as Canada, have been including space developments in their defence reports as well.

What is worrying though is that the rhetoric surrounding the creation of this new branch seems preoccupied more with offensive rather than defensive capabilities. America is known for its bellicose language and foreign entanglements, but to bring aggression to space is dangerous and unneeded. While there have been minor interferences with satellites in the past, there has been no major event to spark such a concerted Space Force effort. In contrast, aggressive state-led cyber attacks against American infrastructure have been proven, and yet America’s cyber security strategy remains unchanged. Trump pledging a new Space Force branch instead of deepening space capabilities, ballistic defences, and cyber security competencies within the current framework is in step with his regular style-over-substance behaviour. In fact, this posturing could lead to a self-fulfilling prophecy, catalyzing other nations into a space arms race. America is currently in a contentious place with its allies, and its promise of space domination isn’t much of a salve to the mercurial world order.

It would not be much of a stretch to suggest that America seems to be preparing for the weaponization of space. It has withdrawn from a bilateral Anti-Ballistic Missile Treaty with Russian and has been openly testing ASATs. The 1967 UN Outer Space Treaty, of which America is a signatory, prohibits stationing nuclear weapons or other weapons of mass destruction in outer space or on celestial bodies, but it does not mention ballistic missiles that have ASAT capabilities or WMD payloads. Indeed, even though it provides the baseline for international space law, the Outer Space Treaty’s framework is far too simplistic. Its main tenet is that exploration and the use of outer space should be available to all states, and should only be done for the benefit of all humankind. America does not seem overly concerned with aligning its language and actions to that of the Treaty’s declarations on the non-appropriation of space and importance of international cooperation.

Space should be a shared area of concern and scientific innovation. Instead, Trump’s administration has decided to use grandiose actions and rhetoric to continue to claim dominance in the world order. Whether Trump actually believes that there are existential threats developing in space or he just feels that being known as the President who was responsible for the creation of the Space Force befits his legacy, will likely never be known. What is apparent though is that if America decides to be an aggressor in space, it will only further alienate its allies and increase tensions with opponents. While the current administration has made itself clear on its vision, the rest of the world will just have to wait and see what Congress decides in 2019.