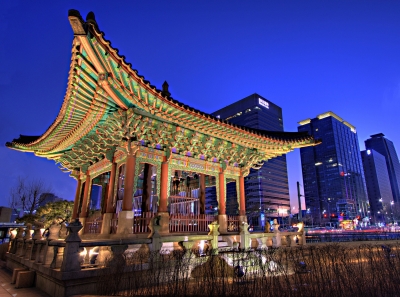 The legacy of the Korean War and a misguided postwar economic policy brought about the downfall of democracy in modern South Korea. The war allowed the ex-collaborators to maintain power and the misguided economic development created chaebols that have little respect for social justice. Ultimately, South Korea became a society where power and wealth served as a guarantee of immunity for one’s crime. The masses are also responsible for the outcome as they had been an accomplice to their crimes. They have either supporting the status quo or ignoring the truth. The ones who remained vigilant are exhausted after suffering from a series of economic crisis and dirty politics. The remnants of the authoritarian past have hampered the efforts to hold the leadership responsible for their wrongdoing. Therefore, it is uncertain whether the people would finally open up to the truth and for their betterment in near future.

Ukraine’s success in becoming a full democracy ultimately depends on what Ukrainians decide to do. Ukrainians now have a tough task of deterring Russian aggression, while carrying out reforms at the same time. There may be setbacks, and making compromises with the harsh reality may be unavoidable. But if Ukrainians remain vigilant and preserve their pride of being on the right side of the history, there may be a day when Ukraine becomes the bastion of democracy—an example South Korea must follow.

The stalled momentum of progress

For a brief moment, it appeared as if South Koreans had won the uphill battle for democracy. Many believed that the decade of two democratic presidents, Kim Dae-jung and Roh Moo-hyun (1997-2007) had transformed South Korea into a genuine democratic state. While the economy recovered from the disastrous economic crisis in 1997, efforts to grow democracy continued. Victims of government terror received an apology, and the freedom of expression was encouraged.

The improvements made during the era could not eliminate all the remnants of the authoritarian past. Lee Myung-bak found the relics of authoritarianism useful in silencing his critics when he became president in 2008. During Lee’s presidency, the infamous National Security Law (NSL), a law originally enacted in 1948 to deter leftist anti-government movement, has become widely used. In the past, the law was often abused by the authoritarian regime as  it provided extrajudicial authority to persecute pro-democracy oppositions and sentence the innocents to death.

The NSL allowed Lee to create an atmosphere of fear. Amnesty International has reported that the number of NSL cases increased by 95.6 percent between 2008 and 2011. The widespread use of the NSL has discouraged the freedom of expression of critics, and political satirists with a threat of imprisonment and a heavy fine. The atmosphere of fear is amplified by the National Intelligence Agency (NIS) monitoring citizens’ phone conversations and text messages. Recently, NIS has come under scrutiny for allegedly purchasing a spyware from Hacking Team, an Italian company that sells spyware to illiberal regimes looking for ways to monitor its citizens.

The absence of honesty in the media remains as a serious threat to democracy. Freedom House has declined the freedom of the press in South Korea from “free” to “partly free” in 2011. Honest Journalistic investigation has been challenging as the ruling elites and chaebols would often sue journalists for defamation. The masses remain in the dark as the pro-government media endlessly feed half-truths and lies into the society. Moreover, the bill passed in 2009 allows South Korea’s ultraconservative newspapers to open a cable broadcasting company. Because the older generation still depends on television as a major source of information, the bill has made them much more susceptible to the half-truth and lies.

The problems left unresolved in the decade of democracy ultimately brought South Korean democracy to its knees. The majority feels as if  it is locked in limbo after witnessing the injustice prevailing in the society. The few have remained vigilant and continued to fight the injustice. Still, many are oblivious to the truth as the ultraconservative media has blinded them. Unless the masses realize only they can bring South Korea back on the road to progress, a bleak future  is in prospect.

The masses as the master of Ukraine’s destiny

The Euromaidan Revolution was Ukraine’s God-given chance to reform itself and become a modern, democratic states like its European neighbors. South Korea’s uphill battle for democracy serves as a warning that the process of democratization can be easily hampered. South Korea’s case has shown just how the remnants of the old regime can be easily resurrected by a deviant leadership elected by the masses oblivious to the truth. Ultimately, the success of Ukraine’s revolution depends on Ukrainians staying vigilant in the years to come. There may be  setbacks, or deviants camouflaging themselves as a knight in shining armor who candeliver a quick-fix to all problems in Ukraine. Therefore, the longevity of Ukrainian democracy can only be ensured if the masses relentlessly carry out the task of separating the wheat from the chaff in Ukrainian society.