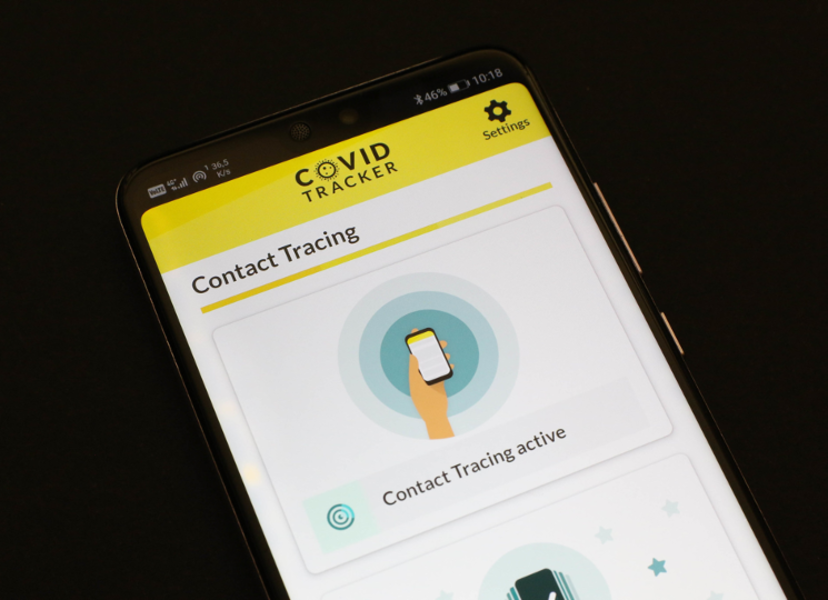 As countries reawaken from months of general lockdown, some governments are developing contact tracing apps in order to contain the spread of the virus. These services identify and notify users who have been in contact with a carrier. While these apps could significantly help curb this global health crisis and avoid a potential second wave, a myriad of concerns have been raised regarding the users’ privacy and the collection of personal information.

In this edition of the Editors’ Forum, the program editors at the NATO Association of Canada explore to what extent and under which conditions we should we use these COVID-19 tracking apps.

It depends on who created the application; what data it collects; where that data goes; and why it was created. It also depends on whether or not there are clear accountability measures in place; if an individual’s right to privacy is protected; and if any security vulnerabilities are mitigated. Although cumbersome, this is information that an individual should know before downloading a COVID-19 tracking application—especially someone living under an authoritarian regime who is already at risk of human rights abuses resulting from digital surveillance and tracking. In fact, these are questions we should ask ourselves before downloading any application.

Governments should also be skeptical. While there was early evidence that COVID-19 tracking apps helped slow the spread of the virus in certain countries, important limitations began to emerge. These included the lack of widespread adoption, notification fatigue, and self-reporting failures, as well as the inability of vulnerable groups (e.g. seniors) to access these apps. It’s clear that governments should not pin all of their hopes on this (or any) technical solution. This isn’t to say they shouldn’t investigate the effectiveness of these apps, including asking pertinent ethical questions and putting in safeguards to prevent abuse, but they should do so in parallel to other mitigation efforts (e.g. manual contact tracing, public health campaigns, testing sites, etc.). As experts at Brookings wrote back in April, “At the end of the day, no clever technology—standing alone—is going to get us out of this unprecedented threat to health and economic stability.”

After recording its first case on January 20th, South Korea became one of the first countries affected by COVID-19. Four weeks following the initial case, COVID-19 remained a relatively minor issue in the country, with only 30 people contracting the virus. South Korea soon lost control over COVID-19 with Patient 31. The 61-year-old woman from Korea’s Daegu province tested positive for the virus on February 17th. Despite experiencing a high fever a week earlier, Patient 31 visited the Shincheonji Church, where more than 1,000 people gathered to worship. While she was infectious, Patient 31 came into contact with an estimated 1,160 people. Cases began to skyrocket across South Korea, increasing by 2000 percent towards the end of February. By mid-March, the original outbreak from the Shincheonji Church was responsible for over 60 percent of all infections in the country.

Nearly half a year has passed since Patient 31 visited the Shincheonji Church, and since then, South Korea has become a model for pandemic response. The country’s success in containing the virus has been due in large part to contact tracing. As daily cases were mounting, South Korean programmers began developing contact tracing apps from a government database of camera surveillance, mobile phone GPS, and credit card transactions. One app, Corona100m, maps the location of infected individuals and shares information about their age, gender, and nationality.

In May, the technology proved useful after it allowed health officials to contact 46,000 people who had been exposed to an outbreak from nightclubs in Seoul’s Itaewon entertainment district. Officials stopped the spread of COVID-19 clusters by isolating the 160 people who later tested positive from nightclub outbreak. South Korea’s management of COVID-19 has been exemplary. As much of Canada proceeds with the final stages of reopening, Canadians must follow South Korea’s example and ensure that contact tracing apps are central to its pandemic response.

The question of whether or not to use COVID tracing apps has been the subject of debate in Western nations since the beginning of this health crisis. In Canada, this has been a particularly intense debate with supporters arguing that using personal data to help limit and contain a public health crisis outweighs any possible privacy concerns that might emerge. Others, myself included, have emphasized that Canadians must be both cautious and deliberate in the form that these apps take.

Earlier this summer Canada’s federal government as well as the provincial government of Alberta each announced the creation of their own contact tracing apps, designed to track positive cases and notify those that might have come into contact with an infected individual. However, the supposed quick rollout of the federal app has been riddled with difficulties, particularly related to privacy concerns, forcing the delay of its adoption.

These concerns could be easily addressed in a couple of ways. The first would be to give the Privacy Commissioners greater say in the form that these apps take and in overseeing them.

These concerns could be further addressed if this oversight was then combined with a legislative assurance that data would be erased after a given period of time when the data would no longer be necessary for public health and that the information can only be accessed by public health officials.

Canadians should want a contact tracing app. It would strongly help in the current battle against COVID ahead of what is likely going to be a second wave in the fall. However, we should all be fighting to make sure the app is as benign as possible and the easiest way to do that would be to have the Privacy Commissioners at the forefront of their creation, adoption and ultimate decommissioning.

Cover picture: Smartphone with an open COVID-19 tracking app (2020), by Marco Verch via Flickr. Licensed under CC BY 2.0.