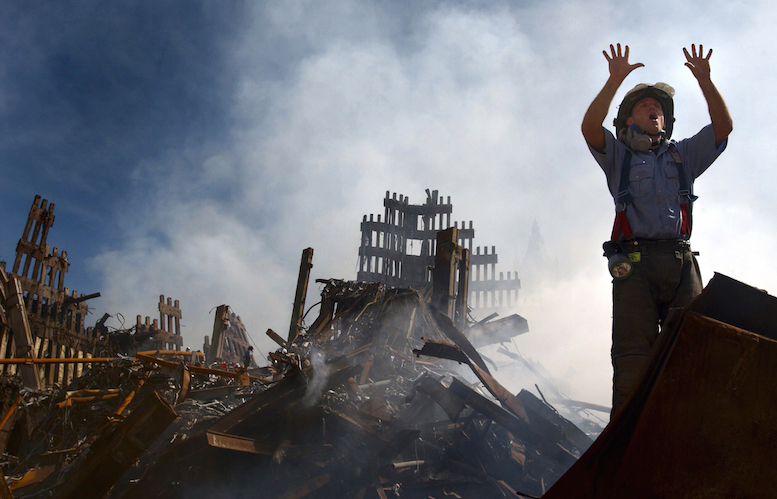 Earlier in May, the US Senate passed the Justice Against Sponsors of Terrorism Act (JASTA), which awaits a hearing and vote in the House of Representatives. The Bill would allow US courts to “hear cases involving claims against a foreign state for injuries, death, or damages that occur inside the United States as a result of a tort, including an act of terrorism, committed anywhere by a foreign state or official.” It would, in effect, expose the Saudi Arabian government to lawsuits by 9/11 survivors and victims’ families for damages, given its alleged role in the attacks. The White House has threatened to veto JASTA, however, and the Saudi government says it will start to sell off US asserts, worth nearly $750 billion in total, should the bill become law.

For this week’s Editors’ Forum, we asked our Program Editors at the NATO Association of Canada the following: should the White House veto JASTA?

Some families of 9/11 victims have tried to hold the oil-rich Saudi royal family liable for alleged financial support of terrorism. They have been unsuccessful because of a 1976 law giving foreign states immunity from American courts. JASTA, which recently passed through the Senate, nonetheless aims to create a legal carve-out to this law that would allow lawsuits against foreign countries (i.e. Saudi Arabia) found culpable of terrorist attacks that kill American citizens.

The 9/11 commission found, however, “no evidence the Saudi government […] funded” Al Qaeda or the 9/11 plotters.

The Saudi monarchy has been a critical, albeit inconsistent, ally in the region. The regime is also an important economic partner. The re-election-minded bill would deliver a blow to the relationship. Members of Congress pushing through legislation that will be dead on arrival are a telling analogy for the legislative-executive impasse. The waste of time and resources is troubling.

JASTA is an opportunistic bill that caters to a vengeful and litigious sentiment. Its supporters in Congress want to capitalize on base instincts and are willing to overlook the absence of evidence, especially in an election year where pandering to discontent has proven a successful tack.

The bill will be vetoed, but, more importantly, Congress should let it die rather than seek a two-thirds override. JASTA promises to unhinge the American relationship with Saudi Arabia. It has already caused much strife. On the legal front, myopia may prove expensive: a flood of costly litigation could unleash with JASTA’s enactment. The litigious enthusiasm will be stifled when the Saudi government counter-sues for the costs of defending the lawsuits, which would bankrupt American plaintiffs. What will the representatives say then? Blame Obama!

JASTA would complicate the increasingly tense relationship between the US and Saudi Arabia. To many, it would to make sense for families of victims to seek justice on the 9/11 terrorist attacks, but this law also threatens the US Executive’s grasp on foreign policy-making.

The bill could transform the way citizens interact with foreign governments. Traditionally, the executive branch of the US government holds the bulk of control over foreign policy, crafted carefully by policy decision-makers. Approval of JASTA would take away from these policy-makers’ credibility by giving some of their powers to courts that have little expertise on foreign policy.

From outcry over Saudi human rights violations to the US support for lifting sanctions against Iran, relations between the US and Saudi Arabia are straining. Ordering the Saudi government to pay damages to US citizens would do little to help in this respect.

Justice for the victims of 9/11 and their families is warranted, but the risks inherent to JASTA outweigh its benefits.

Andi Asimetaj: JASTA Should be Vetoed

The White House should veto JASTA. Though the bill would make Saudi Arabia liable to lawsuits by 9/11 survivors and victims’ families, there’s insufficient proof the Saudi government was involved in the attacks. Indeed, the 9/11 commission reported it “found no evidence that the Saudi government as an institution or senior Saudi officials individually funded” the terrorist organization.

Ultimately, if the US were to pass the bill, it would be sending the world the message that the same charges of guilt could be applied to US leaders themselves. If the US can go after other countries, could we hold George W. Bush and Dick Cheney accountable, as well as the CIA or NSA? If further investigation for responsibility behind 9/11 were to take place, it should be focused on the Carter and Reagan administrations that supported Bin Laden in Afghanistan during the Soviet invasion.

The bill poses the risk of serious repercussions. Saudi Arabia has warned the US they will sell off US Treasury debt worth $750 billion should the bill pass. In this case, the potential consequences of JASTA would not only be political, but also economic. Although there are many factors to consider in passing JASTA, it’ll ultimately create a loss-loss situation for the US.

The “Justice Against Sponsors of Terrorism Act” (JASTA), passed the Senate by a unanimous vote, though it still has to face the House of Representatives and a possible veto by President Obama. The decision will not be easy. Already, the Saudi Foreign Minister Adel bin Ahmed al-Jubeir has said this act would fly in the face of sovereign immunity by subjecting Saudi Arabia to the jurisdiction of US courts.

But there’s a moral side to the debate too. Vetoing the act would keep US courts closed to victims of one of the worst terrorist attacks in history. Do courts have a higher purpose than protecting their own people? The US has bypassed the sovereign immunity of foreign states before, admittedly never under such scrutiny or on such a scale. It’s unlikely international law itself could stop JASTA.

Yet this moral argument for JASTA might not be enough to push it forward. What will determine JASTA’s outcome are its political and economic consequences. And the US should, perhaps, stick with international law this time around. Its last breach of international law to go after an Arab state proved, after all, disastrous.