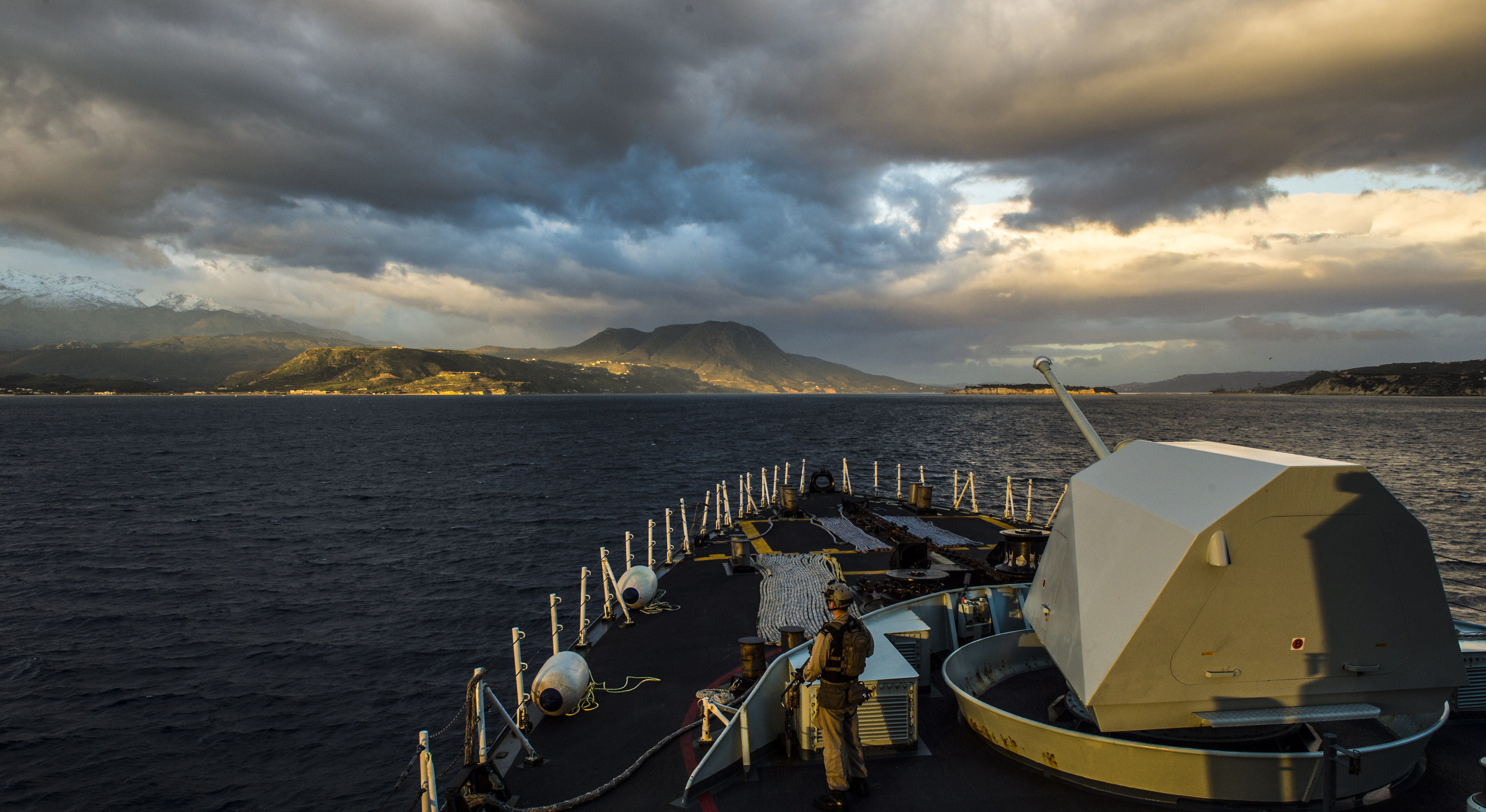 Defence procurement in Canada is a process that involves the balancing of concerns, capabilities, and interests. A recurring theme in Canadian procurement is the length of time it takes to acquire equipment before existing equipment is decommissioned. For example, Canada currently does not have naval supply capabilities for maritime operations, and helicopters such as the Sea King are operating decades beyond their life expectancy. Canada’s last supply ship has been grounded since a fire last year, and of 41 Sea King helicopters purchased in the 1960s, 14 have been destroyed in crashes, killing seven members service members.

The Royal Canadian Navy (RCN) is currently pursuing a number of vessel acquisitions that will provide blue-water supply capabilities. Blue-water capabilities refer to the ability of a navy to sustain and support operations that are outside of coastal sovereign waters. The Navy is currently forced to contract foreign vessels to resupply warships at sea, presenting dangerous capability gaps to any future deployments of the RCN. This is especially concerning as Canada commits a warship to a NATO fleet in the Mediterranean Sea, just as there is a dramatic increase in possible threats to allied security.

The interim plan is to outfit a civilian transport vessel for a military resupply role until the procurement contracts for the permanent RCN supply vessels are fulfilled. Davie Shipyard in Quebec City was awarded a $587-million contract for this purpose.

The Canadian Coast Guard and Navy are in the midst of a $34-billion modernization process, including the construction of an icebreaker and new Arctic/Offshore Patrol Ships (AOPS). These projects are the result of an intersection in Government of Canada priorities, outlined in the Canada First Defence Strategy, the Northern Strategy, and National Shipbuilding Procurement Strategy.

A problem of funding and delays

Canada has dropped to below half of NATO’s defence spending target of 2% of GDP, making Canada the fifth worst-funded military in NATO starting in 2015. While Canada has never met the 2% NATO defence-spending target, it is now below 1%. Canada reaffirmed its commitment to NATO defence spending at the Wales Summit in late 2014, including a new clause to dedicate 20% of that funding towards research and acquisition of new military technology.

A long-term increase in funding as a percentage of GDP would enable the RCN and other segments of the Canadian military to acquire equipment when it is needed, at greater cost efficiency.

The Canadian Armed Forces’ inability to replace equipment until it is forced to, results in a need for costly interim solutions to fill gaps in capabilities. The RCN supply ships have been in dire need of replacement for over ten years, dating back to the time of Liberal Prime Minister Paul Martin in 2002.

The cost of delaying the replacement of military equipment or providing interim solutions to gaps in capabilities is high. Canada must now spend $587 million on a six-year interim solution, while two new supply ships are built at a cost of $2.6 billion. Aging equipment also increases operating risks, as the deaths of Canadian soldiers on CH-124s make clear.

Canada’s blue-water capabilities are also at stake, because without supply ships the Navy cannot venture far from the coast, unless it is supplied by foreign ships. This compromises the ability of the RCN to fulfill its mission and maintain operations abroad.

In short, the government needs to fix an inefficient acquisition process.