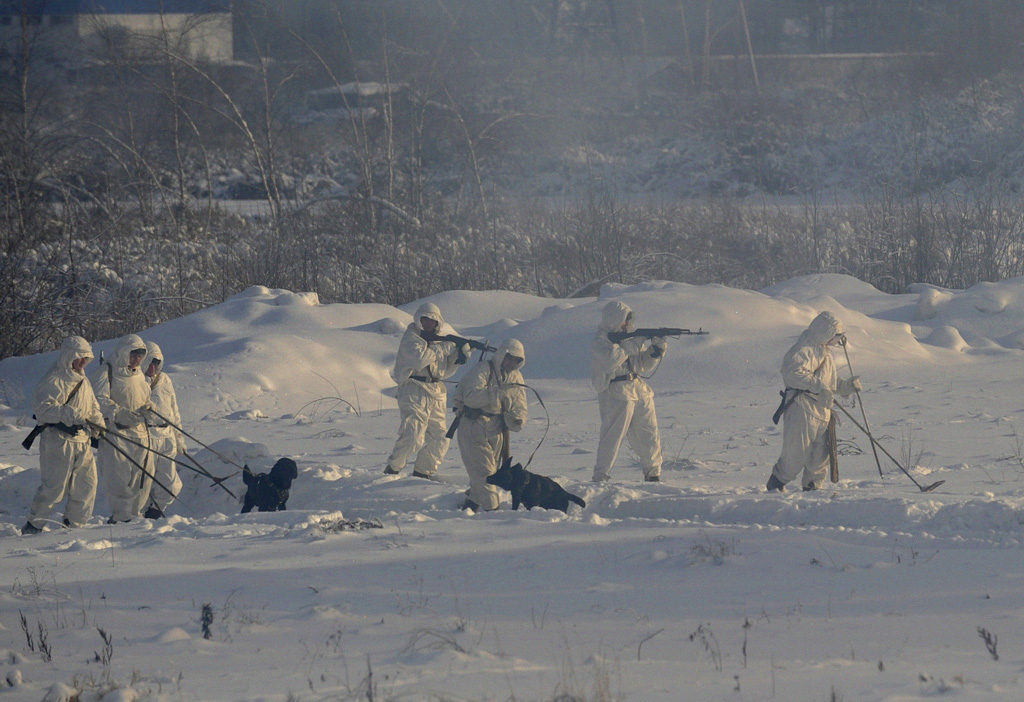 Russian modernization and militarization of its Arctic region has been received with suspicion. While not all Russian designs in the Arctic are contentious, the erection of military bases and deployment of forces rings ominous to contiguous states and those with Arctic possessions or interests. This issue has become especially controversial in the last few years, as Russia has expanded its military infrastructure following the creation of a new strategic district: the Arctic Joint Strategic Command (OSK).

The Arctic OSK became operational on December 1, 2014. It is currently one of five OSKs that divide up the Russian Federation into military regions. The Arctic OSK was established to facilitate the development of polar capabilities for the Russian Armed Forces, while simultaneously developing civil infrastructure for economic and search and rescue (SAR) purposes. It is comprised of Russian ground, naval, and air forces, and its headquarters are located in Arkhangelsk.

Russia’s military activities in the Arctic can be categorized into five activities: building airbases, deep-water ports, and SAR stations; deploying air defence systems; force modernization; and military exercises. Since 2014, these activities have significantly intensified. Russia’s desired end state is to have a total of 50 bases by 2020 throughout the Arctic region.

Russian air-defence capabilities declined substantially after the dissolution of the Soviet Union. Currently, Russia has plans to open 20 additional air-defence radar stations throughout the Arctic region, which function in support of air-defence systems. In December 2015, Russia successfully deployed the modernized S-300 surface-to-air missiles (SAM) and anti-aircraft artillery system, the Pantsir-S1 short- to medium-range SAM system, and the Bastion-P Coastal Defence System on the island of Novaya Zemlya. Concurrently, the deployment of the new S-400 air-defence system in Tiksi in northeastern Russia was announced. Since 2014, three wheeled SA-22 surface-to-air systems have been deployed to the Temp airbase on Kotelny Island.

Russia’s ground forces have received significant attention in the Arctic force modernization process, although infantry has been neglected in past Russian military reforms. As of 2015, the Pechenga-based 200th Independent Motorized Rifle Brigade has been modernized and the 61st Naval Infantry Regiment expanded into a brigade. The 80th Independent Motorized Infantry Brigade was established in Alakurtti in 2015, near the Finnish border. Additionally, two electronic warfare units, the 331st and 332nd Radio-Technical Regiments, have also been placed in Alakurtti. In 2016, a second Arctic brigade will be formed in the Yamal-Nenets autonomous district. In December 2015, plans were announced to found a counterterrorism headquarters in Murmansk.

Since 2014, several airbases and airfields have been either built or revamped, while others are scheduled for modernization. In total, there are plans to open an additional 13 airfields throughout the Arctic. In December 2015, officials announced that 6 of the 13 airfields under development are now operational. These are the Nagurskoye and Rogachevo airbases in Russia’s western Arctic, and Sredny Ostrov, Temp, Mys Shmidta, and Zyvozdny airbases in eastern parts. Airbases scheduled for modernization include Naryan-Mar, Alykel, Vorkuta, and Tiksi. According to analysts, the fifth-generation PAK FA stealth fighter will patrol the Arctic from these bases by 2025.

The Navy is the most difficult obstacle in Russia’s Arctic modernization. Although the Northern Fleet is the largest naval contingent of the Navy, between 40-70% of the Fleet’s ships and submarines are not operational. Additionally, the defence industry is slow in completing contracts, and will fulfill merely 50-70% of contracts stipulated in the State Armament Program 2020. Regardless, Russia’s most important maritime asset in the Arctic is its fleet of icebreakers, which is the largest in the world. However, these are set to retire in the early 2020s, which means the construction of new icebreakers is needed to meet existing demands.

Russia’s efforts to expand its capabilities in the Arctic are certainly impressive and comprehensive, but it is unclear as to what their purpose is. For the most part, Russia is concerned with two things. The first is the military security of the Arctic in areas with close proximity to other states. This would include Finland and Norway in the northwest and the United States and China in the east. Before 2008, many of the forces in these regions were poorly maintained and lacking appropriate equipment, which made modernization necessary.

The second concern is air and maritime infrastructure for civil, economic, and SAR purposes. As the Northeast Passage becomes more accessible to shipping, resource extraction activities increase, and polar tourism becomes more prevalent, such infrastructure becomes essential for maintaining logistics and security throughout the Arctic.

However, Russian capabilities in the Arctic are spread over a vast region. The distance from Pechenga in the west to Wrangel Island in the east is over 4,000 kilometers. This suggests that Russian militarization of the Arctic is perhaps more fragmented than first expected. Despite this consideration, in terms of comparative capabilities, Russia does outmatch Canadian and US assets in the region. A gap in capabilities means a strategic deficit, which in turns implies vulnerability. While the Arctic may not be a priority for Canada or the U.S. at the moment, if the Arctic does become a region of military and economic activity in the near future, perhaps certain infrastructure should be in place to mitigate conflict and territorial contestation in the High North.

Moreover, when it comes to the vast stretches of the Arctic, the state with infrastructure has the means to enforce its claims and interests.