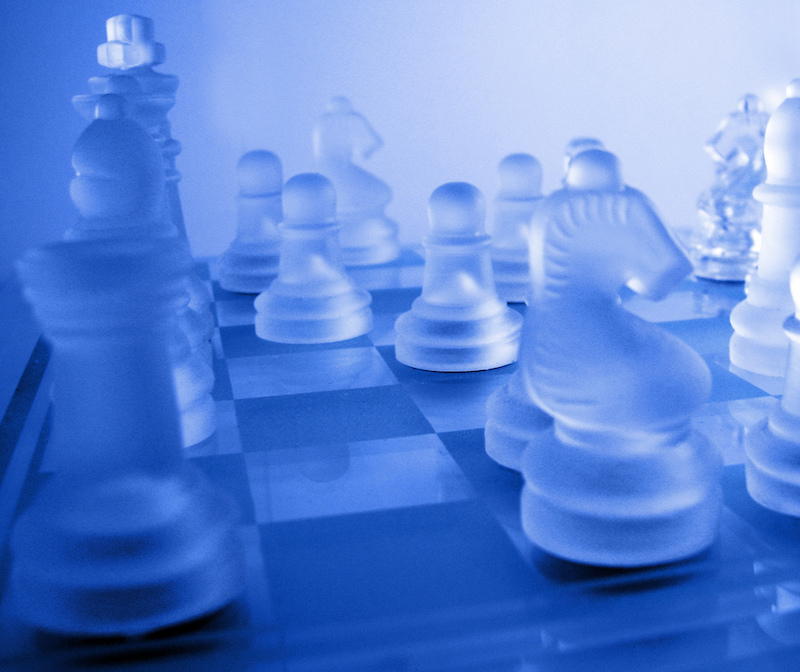 Politics is a game of numbers, and the proliferation of social media, and the rise in big-data analysis lends itself to support this argument. For instance, gauging public reaction to proposed policies allows politicians to re-package their message across media platforms during elections. This feedback mechanism assists campaigns in effectively crafting targeted messages to directed audiences. The intent of modelling the different outcomes is done as a means to an end: winning. This zero-sum relationship, where what is gained by one party is lost by another, is a simple demonstration of how strategy can be mobilized towards an end goal. In this sense, politics is rendered as being an inherently strategic game, because it involves multiple actors, each of whom have different methods of reaching a desired outcome suited to their interests.

Game theory is the mathematical study of strategy. It allows conflict and cooperation to be modelled by assuming that the players are rational decision-makers. A game in game theory is one in which there are at least two players, like an individual entity or a collective one; each player has different actionable strategies they can employ; and the strategies chosen by each player leads to an outcome that is associated with a perceived-value payoff. Ideally, each player would like to maximize its payoff, but a gain does not have to be at the expense of another player; that is, mutually beneficial outcomes exist in non-zero-sum games.

In international relations, cooperation is a requirement for diplomacy and is not held to be zero-sum. Take international free trade agreements for instance, where countries negotiate terms that mutually serve their interests. Negotiating countries are able to specialize in exporting products they produce a surplus of, in exchange for imports that would be too costly to produce domestically. By maximizing efficiencies of their respective industries, costs are kept low for consumers. Trading countries are able to increase their economic potential both at individual and national levels, thus increasing their standards of living. Foreign trade would also encourage multilateral parties to be congenial with one another out of economic interest.

However, it’s important to make note that domestic policies and standards of participating countries differ across industries. Nevertheless, trade policies are strategic in that they can either promote or dissuade imports or exports according to a country’s interest.

Tariffs on imports or subsidies to protected industries can give a country an unfair advantage in the international marketplace. Protectionism is held to be unfair because trade agreements tend to discourage tariffs in an effort to allow global market prices to be competitive.  But if analyzed using simple game theory principles, protectionism would lead to an optimal payoff (assuming that the conditions are static and unchanging):

If Canada and the United States decide to participate in trade, and each can either choose the strategy of free trade (F) or protectionism (P), the payoffs could be the following (Figure 1):

(3)  If only one of either Canada or USA chooses P, then that country will gain via trading because they can still trade in the other’s market while still being competitive in their own (value of +15)

In this scenario, either Canada or the USA could choose to impose tariffs that raises its respective income but reduces the other partner’s income. Depending on the domestic mandates, the government could assign different satisfaction values for the available payoffs. In any case, lifting a tariff would not leave either country worse off. In fact, it would be the dominant strategy since a country would still stand to gain if the other trading partner were to switch to the free trade strategy.

Theoretically, if the USA were to impose tariffs while Canada does not, then US exports would be unaffected in Canada, but costs of imported Canadian products in the US would increase. This would increase demand for domestic products in the US and increase its own GDP. But for Canada, its products would not be able to compete in the American market and could devastate its export-dependent businesses. If Canada were to continue on its trajectory of trade surpluses with the USA, then such a scenario could diminish its export-led growth. In this instance, Canada could hypothetically counteract this by having its currency devalued by the Bank of Canada via low interest rates.

If Canada does not impose tariffs in response, then its exports would decrease while its imports remain the same and the trade deficit widens. Consequently, this would allow American imports to undercut domestic ones. To keep domestic products competitively priced, Canada could retaliate with its own tariffs on American products, or increase subsidies to shut out American exports from the Canadian market. Seeking greater trade with other countries could be another alternative, as it would re-allocate funds towards new partnerships.

Issues of retaliation become salient when a country acts unilaterally and fails to recognize that being uncooperative jeopardizes gaining a higher payoff when free trade is utilized, especially as strategies are subject to real-time changes.

The World Trade Organization (WTO) aims to regulate international trade, supports transparency and trade liberalization, and allows for dispute settlement processes. It posits that trade contracts are driven by the desire to cooperate. In game theory terms, cooperation is when players form coalitions under the condition that they will choose strategies that are binding and can be enforced. Multilateral trade agreements are contracts that can enforce cooperation because of their legally binding nature. This way, countries that cheat and defect from the agreement are held liable via enforcement policies. Defecting by way of, but not limited to, tariff manipulation to distort world prices of products, is an opportunistic strategy that can provide short-term gains–but at the expense of risking cooperation with other partners. However, given the self-enforcement resources necessary to detect and punish offenders, it may pay off to be uncooperative for short-term gain.

This is where utilizing bluffing as a strategy becomes interesting. Where a trade war would be too damaging in reality, the threat of a trade war can incite others to behave favourably. In theme with his “America First” narrative, US President Trump has been particularly protectionist regarding his intentions with trade. His stance on China, Canada, and Mexico as being unfair in their trade practices has provoked a global reaction–particularly at the 2017 G20 summit. His vocal dissatisfaction and warnings of protectionism also give him the first-move advantage of framing the negotiation process.

But maybe, for President Trump, this type of reaction is what he wants. And this is where Trump’s reputation as being unpredictable may work in his favour: will he, or will he not initiate a trade war? When he pulled the US from the Paris Agreement, it arguably signaled that he is unafraid of going against the global community. This maneuver could give more weight to his protectionist threats of tariffs over steel imports and mobilize the global community towards the negotiating table. In one scenario, in an effort to mitigate the consequences of a trade war on domestic economies, trading partners will comply with the demands that Trump makes. For him, this would be a win. If Trump’s bluff is called and trading countries retaliate with their own measures, then the short-term gains of his protectionist policies can be reaped before he must acquiesce to trading partner demands. In a way, this would still be a win for Trump, as it was for George W. Bush during a similar issue. And in this scenario too, winning would be preceded by cooperating.

International relations is moving away from zero-sum relationships, so that mutually beneficial outcomes incentivizes parties to cooperate with one another–even if this includes retaliation to elicit cooperation. And this makes sense from a deterrence point of view, because, a trade war, above all, would not occur independent of spilling into other geopolitical areas and shift political alliances.