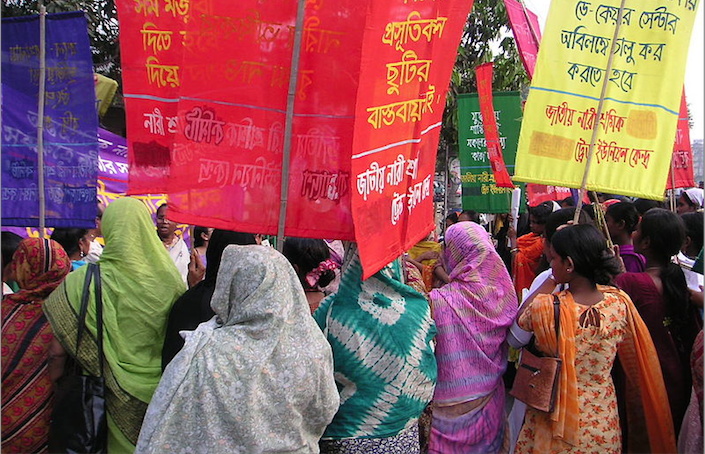 The AWID and international effort for Women’s rights

The term “feminism” should be viewed in terms of gender equality not gender superiority. It is no surprise, however, that the terms are often confronted with a negative stigma by those who perhaps are not aware of the current and ongoing challenges that many women and girls continue to face. It is important to be mindful of the fact that the basic human rights that many perhaps overlook or take for granted, are nonexistent in many countries.

Human rights delegates and representatives from 120 countries gathered in Brazil for the 13th Association for Women’s Rights in Development (AWID) International forum to discuss the future of women’s rights and justice, particularly in developing countries. Delegates and representatives called upon government leaders for urgent action to address in a variety of extremely diverse and complicated issues currently facing women.

According to an article published by the United Nations Human Rights Office of the High Commissioner, millions of women and girls worldwide continue to face discrimination and exploitation. In developing regions, women and girls experience constraints on their political, social, and economic freedoms; sexual and reproductive rights; vulnerabilities to human and child trafficking; violence; and limits on various opportunities including education.

Government legislation, political structure, and the methods of law enforcement all play a significant role in the types of human rights violations that occur in a given area. An article released by Human Rights Watch regarding Female Genital Mutilation (FGM) approved by Egypt’s parliament on August 31, 2016, said that stronger laws and policies against this highly discriminatory practice need to be enforced and medical facilitators be held accountable for performing this practice which has unfortunately become socially accepted within that country.

Social acceptability of violence against women presents a very challenging playing field for aid workers, human rights advocates, intergovernmental, and non-governmental initiatives. Countries experiencing terrorism, armed conflicts, and other security threats from extremist groups are vulnerable to political instability which often shifts focus away from women and gender issues. NATO in partnership with other intergovernmental organizations is working towards promoting gender equality and the participation of women in civil society through the development of various resolutions, organizations and government initiatives.

An upsetting case study by Human Rights Watch focussed on Nepal, where girls as young as 11 or 12 are forced to leave school (if at all enrolled) and forced into child marriages and pregnancy. Gender inequality in Nepal is evident as men and boys are prioritized over women and girls and are often viewed as being more capable of developing into contributing members of society. The Nepal government has pledged to end all child marriages by 2030. In order to reach this target, changes in societal norms regarding gender roles and increased education are critical.

Having a society transition from a patriarchal society to one which promotes gender equality can take an extremely long period of time, as there are often other challenges such as poverty and child labor.

Earlier this year, Prime Minister Justin Trudeau spoke openly at the United Nations Women’s Conference in New York about the amount of work that still needs to be done regarding women’s rights in Canada. Trudeau highlighted violence against Aboriginal women, wage equality, and working towards gender balanced workplaces as top priority.

In Canada, Aboriginal women struggle both on and off reserve with ongoing racism and violence. Organizations such as Amnesty International Canada, Human Rights Watch, Plan International Canada, and the Native Women’s Association of Canada work to advocate for the well-being and protection of human rights for Aboriginal and First Nation women and girls. Ending violence and exploitation towards Indigenous women, and the inquiry into the hundreds of missing and murdered Indigenous women are currently at the top of the agenda for these organizations.

In many countries, addressing women and gender rights at all is considered progress. Promoting gender equality and the empowerment of women in societies is identified by the United Nations as one of the eight Millennium Development Goals (MDGs). The United Nations Universal Declaration of Human Rights outlines the rights and freedoms of all people, which are to be universally protected. The reality of contemporary women’s rights clearly demonstrates otherwise. There is still much work to be done before women and girls are treated as equals nationally and internationally