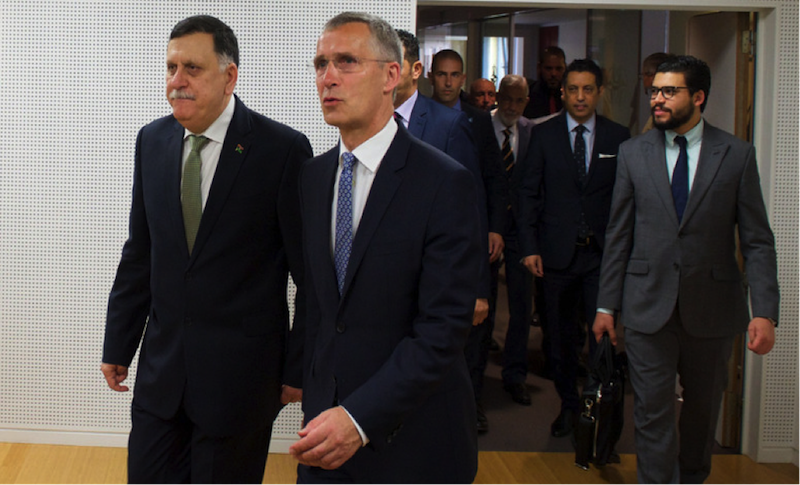 Libya is currently divided between the UN Unity Government of National Accord (GNA) ruling in Tripoli and a parallel administration in Western Libya which is compromised of the House of Representatives in Tobruq – backed by Field Marshall Khalida Haftar. Localized fighting between militias and powerbrokers has become an everyday reality as each group attempts to exploit the instability to advance their strategic goals. Goals of forming political unity in Libya has become a distant dream for Libyans and international onlookers alike as it remains highly likely that governance will rest stagnant and split between the east and west. In addition, the rise of ‘super militias’ has driven the country into some of the worst episodes of violence witnessed in the last four years. The ‘super militias’ have teamed up with other armed factions to form larger more powerful constituencies to assert political control, seize territory and access one of the continent’s largest reserves of oil and natural gas. The growing fragmentation and rise of militias is one of the primary reasons for political stagnation and due to poor governance the militia groups have mutated and swelled. The array of militia groups currently present in the country is not conducive to positive political transition in Libya. Moreover, Fayez al-Sarraj which heads the Presidential Council has relayed heavily on the support of militias to remain relevant. These militias dictate the government through their jurisdiction of key ministries and the financial system, as well as by directing security in the capital. These typically loyal militias ultimately act under their own direction. Disunity and disintegration can certainly provide a fertile breeding ground for the Islamic State or offshoots of Al-Qaeda. The threat from the Islamic State remains and should the conditions continue to deteriorate it is very likely that terror groups will establish themselves as de facto entities as they did in Iraq and Syria. As witnessed in both Iraq and Syria, insurgencies are sparked and facilitated when the central government lacks control. In Libya, the UN unity government has been perceived as weak, and despite great efforts expended by the UN, EU and other international actors such as France, Libya continues to struggle. A variety of action plans and diplomatic support have been offered by the EU such as EUBAM Libya, a mandate on border management and civilian capacity building.

NATO and Libyan officials have had a number conversations and visits regarding a potential role for NATO post-conflict. NATO has received requests for ‘Defence Capacity Building’ support from Libya. The Defence and Related Security Capacity Building (DCB) Initiative is a mechanism provided by the NATO alliance to bolster and support partner countries by improving their defence and security capacities. Through this framework, activities ranging from advice on security sector reform to assistance in logistics or cyber defense can be provided. Currently, Jordan, Tunisia, Iraq, the Republic of Moldova, and Georgia have a range of different DCB packages with NATO. NATO could play a role in Libya by helping to project stability and provide support in various sectors, namely institution-building. In February 2017 Prime Minister Fayez Al Sarraj, visited the NATO Headquarters in Brussels, Belgium. During a   with the Sectrary General of NATO Jens Stoltenberg, the Libyan Prime Minister requested NATO’s assistance in the areas of security. In a follow-up letter, Leader Al Sarraj requested NATO’s “advice to develop Libya’s ministry of defense, the chief of defense staff and intelligence and security services under the civilian control of the government. In the same letter, Prime Minister Al-Sarraj welcomed meetings between a NATO Team to meet experts identified by Prime Minister Al- Sarraj”

According to Nicola de Santis, head of Section of the Middle East and North Africa Section in the Political Affairs and Security Policy Division at NATO, “Several meetings have taken place between the NATO and Libyan Teams until the June 2018 Summit, in which NATO’s Heads of State and Government, recalling their Wales and Warsaw Summit decisions, declared that they remain committed to providing advice to Libya in the area of defence and security institution building, in response to the request by the Prime Minister of the Government of National Accord to assist the GNA to strengthen its security institutions”.

Despite these rudimentary first steps towards reconciliation, political unity remains uncertain. A number of ceasefires have been agreed upon and subsequently broken. Rivalries and economic ambitions of these competing groups continues to threaten the Libyan landscape. International organization and institutions such as the United Nations, the European Union and NATO are keen to offer assistance through capacity building, reforming the security sector and institution building, however ultimately political unity must come from the Libyans themselves.