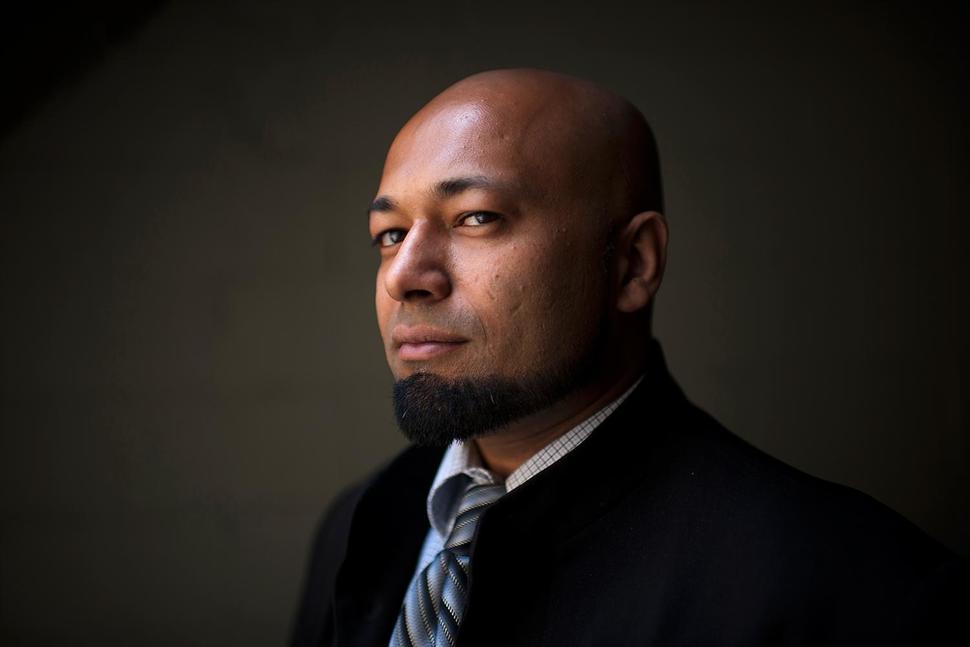 Julia: Could you tell me a little bit about who “the Toronto 18” were, how this case came to the attention of the authorities and how you were brought into the picture?

Mubin: “The Toronto 18” is the case of 18 aspiring violent extremists who were arrested in connection with a terrorist plot in Canada in 2006. I was already working undercover for CSIS since I returned back from Syria, and I saw in the newspaper the first Canadian had been charged on terrorism charges. His name was Momin Khawaja and he used to sit beside me in the Quran school that I described in the beginning. So, I see a reference to CSIS, and I call them up, not knowing that, if I’m reading about a guy being sentenced, that means that the police were investigating him. I didn’t know any of that, so I called CSIS and said, “Hey, I know this guy, it must be a mistake”, and they said, “No it’s not a mistake, but we’re going to send somebody to come and talk to you.” Which they did, and he basically recruited me as a walk-in to work for the service. So, then I worked two years for the service.

By the end of 2005, I can say that I worked several investigations related to the mandate of CSIS. Meaning of course jihadists or otherwise Islamist threats. So, at the end of 2005… I was told, “Listen there are some guys, here’s what they look like”, I was given their pictures, and “We just want you to tell us what they’re about.” So, it was very highly compartmentalized; I was not ever given advance information about what the service may have known about this target group (target of investigation). It’s funny because the targets were going to be at a particular event that was happening. It was at a banquet hall. It was regarding the individuals who had been arrested on the security certificates. And I had in fact been invited to the event separately; separate from CSIS tasking me to go to that event. Yeah, that worked wonderfully in court because the defense was like, “Well you would not have gone if the authorities didn’t send you” and I was like, “Well actually, yeah, I would have.”

Long story short, I went in, sat down, I waited, a guy came, his face was covered, he gave me greetings, he removed his mask and it was Zakaria Amara; target number two. So, I thought to myself, “Oh that’s interesting. He came to me, I didn’t even have to go to him.” And then he said, “Oh my other buddies are coming, so I’m just waiting for them.” And I said maybe it’s the rest of the guys that I saw. And sure enough, it’s the rest of the guys that I saw. Not all of them, but most of them. And then they came over and I took that as an opportunity that when Zakaria stood up, I also stood up. And then we moved to a larger table and instead of me being this stranger, I pointed to one of them was like, “Hey, don’t I know you from Medina Mosque from Saturday nights?”… and in fact he had seen me there from back in the day. So that actually turned out to be true and that was a way for me to cement or at least suggest to the leader that, “Hey, this guy is one of us.” So, that’s really how the infiltration began. And then at the end of the event, we went outside, and they recruited me to their group. They asked me if I wanted to help train the participants that they had invited to a training camp that they were holding up in the woods. So of course I agreed and it was after that, I then traversed over to the RCMP as a police agent. And it is from this point that the police investigation begins, which lasts for six months, and then the arrests took place in 2006. And then I would spend four years in court as a witness.

Julia: Was there ever a point where you felt like you were at risk of being compromised?

Mubin: Oh yes, of course. I can give you a great example: This is December 4th…I get a phone call from Zakaria Amara, “Hey I need to talk to you, come and meet me at the Tim Hortons.” So I go there and he says, “Look I want to go shopping for guns, can we do that?” and I said, “Yeah we can do that”, and he said, “Good that was a test. Some people said you might be a spy, so I had to know for sure.” So, did I feel like I could’ve been? Yeah.

Julia: What was the best piece of advice or guidance that you were given from CSIS or the RCMP while under cover?

Julia: That’s surprising to me.

Julia: What were some of the plans of “The Toronto 18” that were discussed or that you found out about later?

Mubin: I mean, I would still say a lot of it was aspirational. Which doesn’t make it any less dangerous or any less criminal. And those ideas were at the general aspirational level to facilitate or directly commit violent acts of extremism in city centres. And it could be done in a number of ways. We did discuss specific things. For example, taking my van, loading it up with explosives and taking it down to Ottawa and detonating it. The whole Parliament Hill thing came up because there was one snippet that was entered as evidence in court in an audio intercept, meaning a recording device left in a van, where there was discussion about how one of the young offenders in the group would be beneficial to chop the heads of the politicians off because he was so good with the axe chopping wood. This was the whole storming the parliament, killing the parliamentarians, forcing the eviction of Canadian forces from Afghanistan, having diversion IEDs go off in Ottawa to have first-responders rush to that scene while we would be attacking the parliament building. That was the major “plot” that kind of was discussed that I was directly party to. Others that I would learn about later would be the stock exchange, or what Zakaria Amara and those guys were doing. Hitting the CSIS building, the Darlington power plant in Pickering.

Julia: What kinds of projects are you involved with now?

Mubin: Well, it’s interesting. A year after the case was over, CSIS reached back out to me just to say “hey” and I didn’t do anymore work for them, I mean I can’t. But I styled myself as an independent expert because while I was in court, I also obtained a Master’s degree in Policing Intelligence and Counter Terrorism. Basically, I wanted to make sense of what the hell I got myself involved in. You know, an altruistic guy going into this thing not realizing what kind of storm was going to come from this. So, having been put through that entire legal spectrum of prosecuting terrorism, a very unique experience. You know, the PTSD that I developed from it. So since then, at the end of 2010, I gave my first talk at the CASIS. I gave my first talk on the Toronto 18 and a lot of people were interested in that. A lot of people saw that, “Wait this guy actually knows what he’s talking about, he’s gone through it himself, he was operational as well, he’s got some academic basis now.” Since then, I’ve been contracted by, overwhelmingly, the US government. So, State Department, stuff in training a new class of diplomats or foreign service members, the US DOD has been very good to me. So, I’ve done a number of things for them from the influence activity side: role playing, instructing special operations forces etc. I’ve just been doing contract work really, with overwhelmingly the US.

Julia: At a policy level, do you think Canada is doing enough to nip things in the bud in terms of stunting radicalization? For that matter, what are your thoughts regarding countries such as France and Belgium where this has been a problem?

Mubin: Really since 2014, attacks blasted up in 2015, 2016 they were even higher, and I think it was in 2017 they started to drop a bit and in 2018 it was just pathetic. Having seen all of those things that happened, talking to intelligence officials and government people and everyone across the board, I realized that in fact, Canada was doing the best out of everybody. There are a number of reasons for this: primarily that it was not a government-driven objective. Any kind of counselling was being done organically at the grass-roots level. Anyone that we talked to today who has studied the top-down government-driven approaches, the vast majority of them conclude the same thing that I saw. That if you want to have an effective program, it’s got to be organic and it’s got to be grass-roots driven. I would add to that that the proof that we are doing a very good job is in the incredibly low number of people that joined ISIS… I regularly remind people that there are over a million Muslims in Canada. How many have been picked up on terrorism charges? Maximum 25? You’re dealing with fractions of percentages… If you look at the US, George W. University, they published I think it was also 27 or 30 people. Let’s say 50, divided by 3.5 million Muslim people. Oh, 0.0000142%… By the numbers alone, it’s negligible. And one could make the argument that one incredibly low numbers and two, the reason for that is because most Muslim organizations teach Muslims not to blow shit up. I would say that this is where a lot of the prevention happens; in the mosques. It’s completely opposite of when people think that radicalization happens in the mosque, which is ludicrous. It’s actually the opposite. The prevention happens in the mosque. And so when we now talk about deradicalization programs in that formal, official sense, what are we talking about? I mean if you really look at things, originally deradicalization programs began with white supremacists and it’s now being implanted and applied to the jihadists. And now people are acting like it’s some new thing. That is where some countries are struggling…