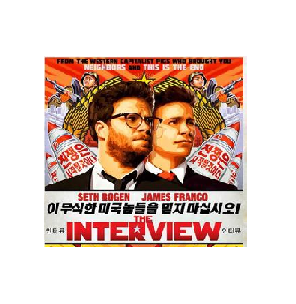 The Interview, which may be the most talked about film of the year, has caused an international debacle unmatched by any major Hollywood film in the past decade. With a plot centered on the recruitment of media personnel by the CIA to carry out an assassination on the living North Korean head of state, Kim Jong Un, the R-rated film was rife with controversy from the beginning, promising to both entertain and shock. While the film, which had a $40 million budget, has fallen flat with audiences, making $5 million so far in cinema viewings and $31 million in online purchases and viewings, The Interview has created considerable debate on issues including freedom of expression and censorship, and national sovereignty.

On Wednesday December 17, Sony cancelled release of The Interview, which was scheduled for global release on Christmas Day, creating a dangerous precedent against freedom of expression and media neutrality. This decision followed a hack by the cyber terror group that ironically calls itself the Guardians of Peace, who carried out an act of economic cyber-terrorism by releasing sensitive information stored on Sony Corporate email accounts, including malicious personal emails, and releasing data-erasing malware onto the Sony system. Guardians of Peace also threatened to wage acts of physical terror similar in style to the 9/11 attacks on the American homeland by targeting cinemas that screened the film. The FBI claims to have traced the source of the attack to the North Korean government itself, by comparing the code used to write the malware used in previous North Korean attacks, and by tracing the IP address of the hackers to locations in North Korea. However, Premier Kim has firmly denied responsibility for the attack, and has instead accused Sony of “abetting a [US-led] terrorist attack” and “hurting the dignity of the supreme leadership” of The People’s Republic of Korea.

Sony’s decision to pull The Interview from North American theatres inspired a social media frenzy, as members of the Hollywood community, from Ben Stiller to Piers Morgan and Bill Maher, went to Twitter and Facebook accusing both the US government and Sony of cowardice, concession to the autocratic State, and the betrayal of American ideals.

“Interviewgate” has proven to be an embarrassment for the Obama presidency, which has repeatedly downplayed the capabilities of the North Korean government to affect Western security and harm the American way of life. In April 2013, President Obama released a statement on the threats made by the North Korean regime the previous month to the US and South Korea, which stipulated his belief in the incapability of North Korea to mobilize nuclear-armed missiles. Following Sony’s decision to pull the film, Obama criticized the media giant, stating on the December 19, 2014 press conference that “We cannot have a society where some dictator someplace can start imposing censorship here in the United States …That’s not who we are.”

While freedom of expression and an independent media machine are essential to the American way of life, blatant character attacks on foreign heads of state should not be taken lightly. In September 2005, Danish newspaper Jyllands-Posten posted images of the Prophet Muhammad which incited riots across the Middle East, and in the Summer of 2012, an Israeli-born Jewish director wrote and published the Innocence of Muslims which some believe caused the September 4, 2012 attacks on U.S. diplomatic outposts in Egypt and Libya; the death of Chris Stevens, the U.S. ambassador to Libya; and three other diplomats. Reports that the State Department okayed a scene in the film depicting the assassination of Premier Kim during a consultation session hosted before the director made the final cut, despite Sony hesitation to include the scene in the film, may give credibility to North Korean claims that the film was intended to be used for purposes of propaganda. This could very well be possible, as the US State Department is certainly no stranger to the mobilization of soft-war techniques, having released a mock anti-IS video early last September. For the sake of Atlantic security, let’s hope this isn’t the case.