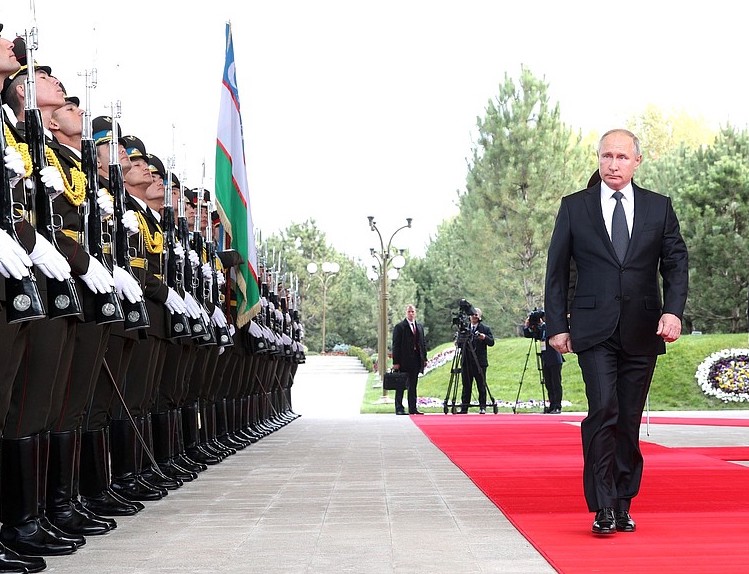 In November 2019, a video recording the brutal murder of a man in Syria began circling on Russian social media platforms. The two-minute long clip showed a group of soldiers surrounding a motionless man, who was later identified as Muhammad Taha al-Abdullah. The men took turns crushing al-Abdullah’s limbs with a sledgehammer before decapitating and dismembering him. They then hung his remains on the gates of the al-Shaer gas plant – the location where the footage was shot. Soon after the video gained public attention, the soldiers were suspected to be hired mercenaries of a Russian Private Military and Security Company (PMSC) called the Wagner Group. Controlled by Yevgeny Prigozhin, a Russian businessman with close ties to President Vladimir Putin, Wagner has become a vehicle for the Kremlin to expand its influence abroad. Though PMSCs like Wagner are illegal under Russian law, Moscow has managed to absolve itself of accountability by denying its relation to the group.

The Wagner Group was born amid the separatist movement in Eastern Ukraine. At the time, the soldiers that would eventually form its core cadre joined forces with Russia’s so-called little green men, the armed units responsible for implementing the annexation of Crimea in 2014. Under the command of the Wagner Group’s founder, Dmitry Utkin, a retired officer of Russia’s military intelligence (GRU), the mercenaries began fighting for the GRU against the Ukrainian army.

The Wagner Group’s operations have since extended beyond Ukraine, expanding to various countries devastated by conflict. In Syria, the mercenary force has augmented Russia’s support for the Bashar al-Assad regime. The Wagner Group is believed to have first appeared in Syria in 2016. Their purpose in the country is to capture and defend land in Syria’s oil-and-gas rich Hayan Block for al-Assad. In exchange, the Wagner Group’s umbrella organization, Evro Polis, receives a 25 percent share of resource production. The Wagner Group has also fought major battles alongside pro-regime forces. One such battle took place in 2018, in Syria’s Deir al-Zour Province, when pro-Assad forces – many of whom were Wagner Group mercenaries – engaged U.S. forces in combat. Lasting nearly four hours, the assault left 200 to 300 pro-regime fighters dead. Russia denied its involvement in Deir al-Zour, instead stating that a Syrian militia was behind the attack. Eventually, Russia’s Ministry of Foreign Affairs revealed that five Russian citizens were killed, and dozens were injured in the assault. Still, officials maintained that the soldiers were acting of their own accord.

The Wagner Group has also played a central role in strengthening Russia’s foothold in Libya. Since 2014, in the aftermath of the fall of Muammar Gaddafi’s regime, the North African country has been torn between two political factions, General Khalifa Haftar’s eastern-based Libyan National Army (LNA), and the Government of National Accord (GNA) operating in the northwest capital of Tripoli. Along with Egypt and the United Arab Emirates, Russia has backed the LNA against the internationally recognized GNA, supplying military and financial support for General Haftar since 2015. Russian PMSCs have provided arms and training to LNA forces, and since late 2019, Wagner Group troops have been at the forefront of General Haftar’s westward advance. The Wagner Group’s numbers in Libya have also increased, with Russia reportedly sending as many as 1,200 mercenaries in early 2020 for General Haftar’s offensive against Tripoli. Recently, the mercenary force’s attacks on the city have been met with opposition from Turkish forces fighting on behalf of the GNA. After the LNA led a series of unsuccessful assaults on the country’s capital, Wagner Group fighters were forced to withdrawal from Tripoli to neighbouring bases in mid-June. Though the PMSC has lately suffered serious defeats against Turkey and the GNA, they remain critical in securing General Haftar’s and Russia’s position in Libya.

President Putin continues to deny any relation to Russian mercenary activity, but there can be little doubt that the Wagner Group is an asset that advances the Kremlin’s geopolitical ambitions. Maintaining tenuous ties with the Wagner Group provides Russia with plausible deniability, which is all the more concerning considering the heinous acts this PMSC is accused of committing. To make matters worse, the Wagner Group exists in a legal grey zone. It has evaded international accountability and regulatory standards applicable to other PMSCs, and because mercenaries are outlawed in Russia, no laws apply to the Wagner Group’s personnel at the domestic level either.

It is critical to fill the legal vacuum surrounding Russia’s mercenary operations so that the Wagner Group cannot go on acting with impunity on behalf of Moscow. The Montreux Document, an intergovernmental treaty on PMSCs, urges countries to uphold international humanitarian law and human rights law in situations of armed conflict. Unfortunately, Russia is not a signatory country of the Montreux Document. It is not directly subject to the jurisdiction of the International Criminal Court (ICC), either, being non-signatory to the Rome Statute. However, with recent indictments filed by the ICC against officials in the Syrian government, a legal precedent has been set for potentially subjecting even non-members of the ICC to its jurisdiction. Moreover, legal arguments have been made for holding PMSCs accountable to The Hague. Together, these developments hold some promise that victims of grave crimes perpetrated by PMSCs like the Wagner Group might have an avenue for redressing them. It is incumbent on the international community to push the Wagner Group within the bounds of the law so that Russia and its allies are held accountable for the crimes perpetrated by private contractors.