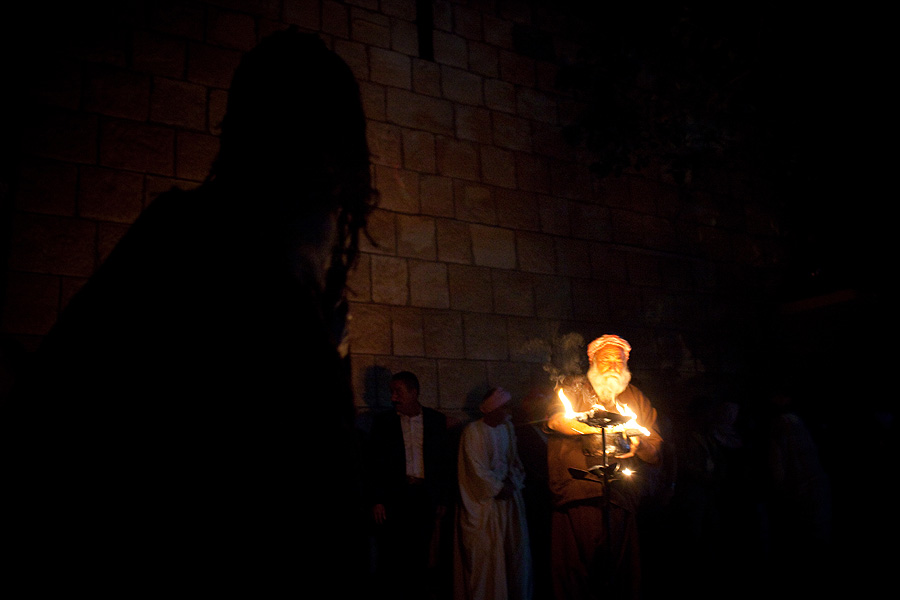 This is the third article in the series focusing on the current refugee crisis in the Middle East. Focusing on the Yazidi community of Sinjar is very important in our task to better understand how these communities have been affected by the recent atrocities committed by the Islamic State of Iraq and Syria (ISIS) against minority communities. The Yazidi community has been disproportionally affected as a large number of their women were taken by ISIS fighters as sex slaves.

The little known Yazidis are a transnational religious community that according to Nelida Fuccaro, ‘are a Kurdish heterodox group settled in the province of Mosul’. Appearing first in the twelfth century, Yazidism was established in the mountainous region in what now belongs to northern Iraq, Yazidis have traditionally called the Sheikhan and Sinjar regions home. Protected by the mountains and naturally rugged territory the community lived in relative isolation from the various governments that have controlled the territory.

Religiously, ‘Yezidis believe in one eternal God (Xwedê) who is the creator of the universe. He is Good and the owner of every motion and sensation on earth. He is all Forgiving and merciful’. Interestingly according to the Yazidi faith God exhibits himself in a holy trinity similar to that believed by Christians. However, the three forms are ‘the Peacock Angel, Sultan Ezi, and Sheikh ‘Adi’. The story of creation according to the Yazidi faith begins with the creation of a bird named Anfar and a white pearl. The God had created seven days and seven angels was assigned a day each (for more on the angels and their responsibilities see pg 86 of Birgül Açikyildiz’s The Yezidis: The History of a Community, Culture and Religion).

Socially the Yazidi community has been for the most part separate from the remainder of the population in the region where they reside. Although they have had very close relationships with Assyrians and Kurds for the majority of the modern period, Yazidis have kept very close social structures removed from the remainder of Iraqi society. Yazidis live under a very strict caste system in which a person inherits from both parents and it is impossible to move from one caste to the other. The Yazidis divide themselves into three major castes, each caste is divided into a number of subgroups that make up the Yazidi society. It is believed by members of the community that the caste system is in place in order to keep a social and religious balance within the Yazidi society and also to bind members of the community together.

Since the creation of the modern Iraqi state, Yazidis have had a number of very important political moments that defined the relationship of the community with the state of Iraq, but for the most part members of the community were reluctant to participate in military, government, and state activity. This left members of the Yazidi community for the most part isolated during the period from 1930-1990s. After the fall of the Saddam regime in 2003, and the creation of the new Iraqi parliament Yazidis were given a seat in the legislature. Although represented by one individual, the voices of the Yazidi community became clear to the international community in the summer of 2014 when the MP Vian Dakhil gave an impassionate speech in the Iraqi Parliament regarding the fate of the community as they were being annihilated by ISIS.

Since the ISIS invasion of the 2014, Yazidis have suffered under the brutality of a political policy in Iraq that has left displaced members of the community without help or homes. Large territory belonging to the community continue to be occupied by ISIS. In addition, without much support outside Iraq, members of the community have not been specifically identified for re-settlement as refugees outside of Iraq. A small number of Yazidi community leaders in the United States and Germany have lobbied the international community for a collective effort to save the religious community in Iraq, but the suffering continues to this day.

The next article in this series will be based on an interview discussing refugees and their arrival in Canada.