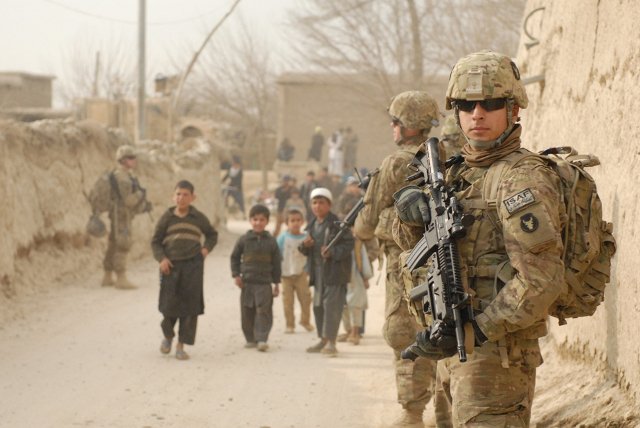 Signals intelligence is “the collection and exploitation of signals transmitted from communication systems, radars, and weapon systems.” Intelligence gathering in this capacity relies heavily on state infrastructure and melds public and private sectors in intelligence gathering. Members of the Five Eyes Alliance, including Canada, US, UK, Australia, and New Zealand, rely heavily on cyber infrastructure for the day-to-day activities and functions of the state. Everything from communication to military command is dependent upon this infrastructure. This dependence creates vulnerabilities that can easily be exploited.

Nuclear weapons continue to pose a significant threat to international and regional security. Vertical proliferation by states is increasingly contentious, especially in the case of rogue states such as North Korea. Nefarious non-state groups acquiring nuclear materials are also a growing possibility. For instance, improvised chemical weapons have been used in Syria by both state and non-state groups, which demonstrates that advanced facilities and technical capabilities are not necessary to develop rudimentary Weapons of Mass Destruction (WMD).

The security of nuclear facilities and munitions stores is also a security concern. The suspension of nuclear counter proliferation efforts, such as the Cooperative Threat Reduction program in 2015, has the potential to create gaps in efforts to maintain the security of such materials. While the sale of high-enriched uranium is regulated, there could be a possibility of illicit trafficking.

Terrorist activity by non-state groups continues to pose a grave threat to international and regional security. With new techniques and technologies, and highly sophisticated media and communication infrastructures, non-state terrorist groups, like IS, can more easily pursue their objectives and causes.

Homegrown terrorism is, in part, a product of terrorist groups’ new techniques and technologies to radicalize individuals around the world. For example, in the case of IS radicalization, IS tactics rely heavily on the ease with which recruits are able to travel to Syria. State security agencies and police can only do so much to monitor and prosecute these individuals. IS has “radicalized, recruited, and trained” thousands of young Europeans; in France alone it is estimated that there are between 400 to 500 individuals radicalized by IS. When these individuals return home, they remain connected to the support networks. As IS continues to build a strong international network, their ability to recruit, and to direct and inspire attacks around the world will also continue to grow.

While there are obvious threats to human security such as armed insurgent groups, terrorism and authoritarian governments, there are also threats aggravated by poor environmental conditions. These poor environmental conditions can lead to rising demands for food and water that cannot be met. Environmental degradation and a lack of natural resources can lead to political strife and displacement of peoples, while poor infrastructure and inadequate policies add to these struggles. All these conditions have the tendency to spark political instability, health crises, and humanitarian crises.

With resource scarcity, citizens often turn against their government, shift blame to various national institutions, or even to their own people. The resulting civil wars risk large-scale violence and cycles of power abuse and conflict. These regional conflicts are then likely to spill over and spread causing humanitarian crises, as is the case with Syrians in Turkey, Jordan, Lebanon and Europe. As the world continues to struggle to find accommodation and to create safe havens for these refugees, it is important to understand the environmental connections to these crises.

This article relates to the panel that will take place on day 1 of the conference and features:

About Aishwarya Sahai and Corinne Stancescu

Aishwarya is currently a Research Analyst at the NATO Association of Canada. She completed her Honors B.A. at the University of Toronto, specializing in Political Science and minoring in History. Through her studies, she specialized in comparative politics, studying international, civil conflict, resolution and reconciliation processes. In her undergraduate term, she participated in the Summer Abroad program, studying the break-up for former Yugoslavia. She was also strongly engaged in student leadership through her College. She is currently the Partnership Director at The Organization for World Peace, expanding on her interest of international conflict; this NGO discusses non-combative solutions to armed conflicts. Corinne is currently a Research Analyst at the NATO Association of Canada. Previously, she was the Program Editor for Society, Culture, and International Relations from May to December 2015, and a Junior Research Fellow for Women and Security. She graduated from the University of Toronto with an Honours B.A. in History and English. View all posts by Aishwarya Sahai and Corinne Stancescu →