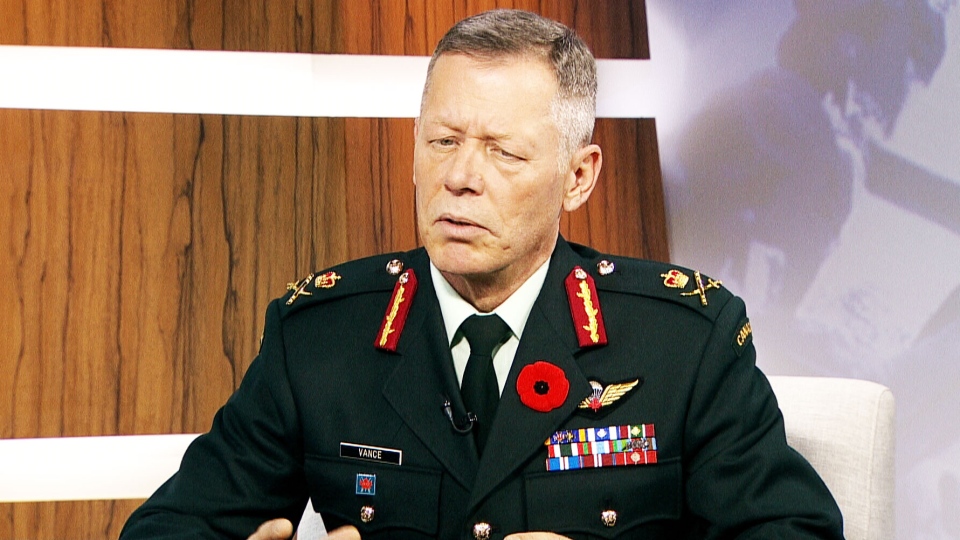 The Canadian Armed Forces is undergoing a significant change in leadership this summer. Following the appointment of Lieutenant General Michael J. Hood as Chief of the Air Force Staff and Commander of the Royal Canadian Air Force, General Jonathan Vance was named Chief of Defence Staff (CDS), the top military post in Canada, on 17 July. With terms typically lasting three years, Gen. Vance will be tasked with leading the development of the Canadian Forces until 2018 while it undergoes a post-Afghanistan transition and a potential change in government.

Gen. Vance is well-suited to this role. While some of his predecessors, such as Walter Natynczyk and Rick Hillier, spent time as the Vice Chief of Defence Staff or headed one of the three branches of the Canadian Forces – the Canadian Army, the Royal Canadian Air Force (RCAF) or the Royal Canadian Navy (RCN) – Gen. Vance has experienced some of Canada’s most significant operations since the turn of the century. He was for some years the deputy commander of Allied Joint Force Command Naples, which is responsible for NATO forces deployed to Kosovo as well as NATO’s training and logistical support to the African Union. From 2009 to 2010, Gen. Vance was the commanding officer of Canada’s contribution to the International Security Assistance Force (ISAF) in Afghanistan. Most recently, he was Commander of the Canadian Joint Operations Command (CJOC), in which role he has organized Canada’s strikes against the Islamic State of Iraq and al-Sham (ISIS).

With such a strong background in joint operations, it is clear that Gen. Vance will be a capable representative for the interests of all three branches of the Canadian Forces when negotiating with parliamentarians and other policymakers about spending priorities. Nonetheless, some observers may be concerned that Gen. Vance’s appointment as CDS reflects the continued political dominance of the Canadian Army within Canada’s defence apparatus. In the past 18 years, six officers have held the CDS position, four of whom were from the Canadian Army and two of whom were from the RCAF. The last time an RCN officer was appointed CDS was 1996, when Vice Admiral Larry Murray was made acting CDS for a few months as the Canadian military became embroiled in a scandal regarding the conduct of Canadian Airborne Regiment personnel in Somalia and an attempted cover-up.

While the appointment of an RCN officer as CDS would have gone some way toward balancing the representation of the three branches and would have showed a commitment to resolving difficulties with the National Shipbuilding Procurement Strategy, this may simply have been a question of bad timing for the Navy. Vice-Admiral Mark Norman was only appointed Commander of the RCN in June 2013 and does not share the extensive operational experience developed in Gen. Vance’s 33-year career in the Canadian Forces. The 2013 retirement of VAdm Paul Maddison, VAdm Mark Norman’s predecessor as Commander of the RCN, has contributed to a generational gap, especially as he had experience on operations with both the Atlantic and Pacific fleets.

The perceived dominance of the Canadian Army is also an inevitable outcome of the kind of operations in which Canada has been engaged in recent years. Canada’s 13-year engagement in Afghanistan , from Operation Apollo to the NATO Training Mission-Afghanistan, drew primarily on the Canadian Army’s resources. It remains to be seen how the degrees of influence ascribed to the different branches might change in this post-Afghanistan environment. Operation Reassurance, Canada’s contribution to NATO reassurance measures in Central and Eastern Europe, has drawn on all three branches, albeit more so from the Canadian Army and the RCN. The RCAF played an invaluable role in NATO’s Operation Unified Protector, which secured Libyan airspace in 2011, and it is the primary contributor to Operation Impact, Canada’s mission against ISIS in Syria and Iraq. As the nature of warfare and Canadian attitudes toward the use of armed force change, the RCAF could take on even greater prominence.

For now, Gen. Vance seems to be the kind of CDS the Canadian military needs at this time. Though he may be from an Army background, he is deeply knowledgeable about the conditions faced by RCAF aircraft and their pilots as they enter Syrian and Iraqi airspace. As displayed in his recent public remarks, he also understands the challenge presented by sexual misconduct in the ranks and is working to preserve the professional image of the Canadian Forces.