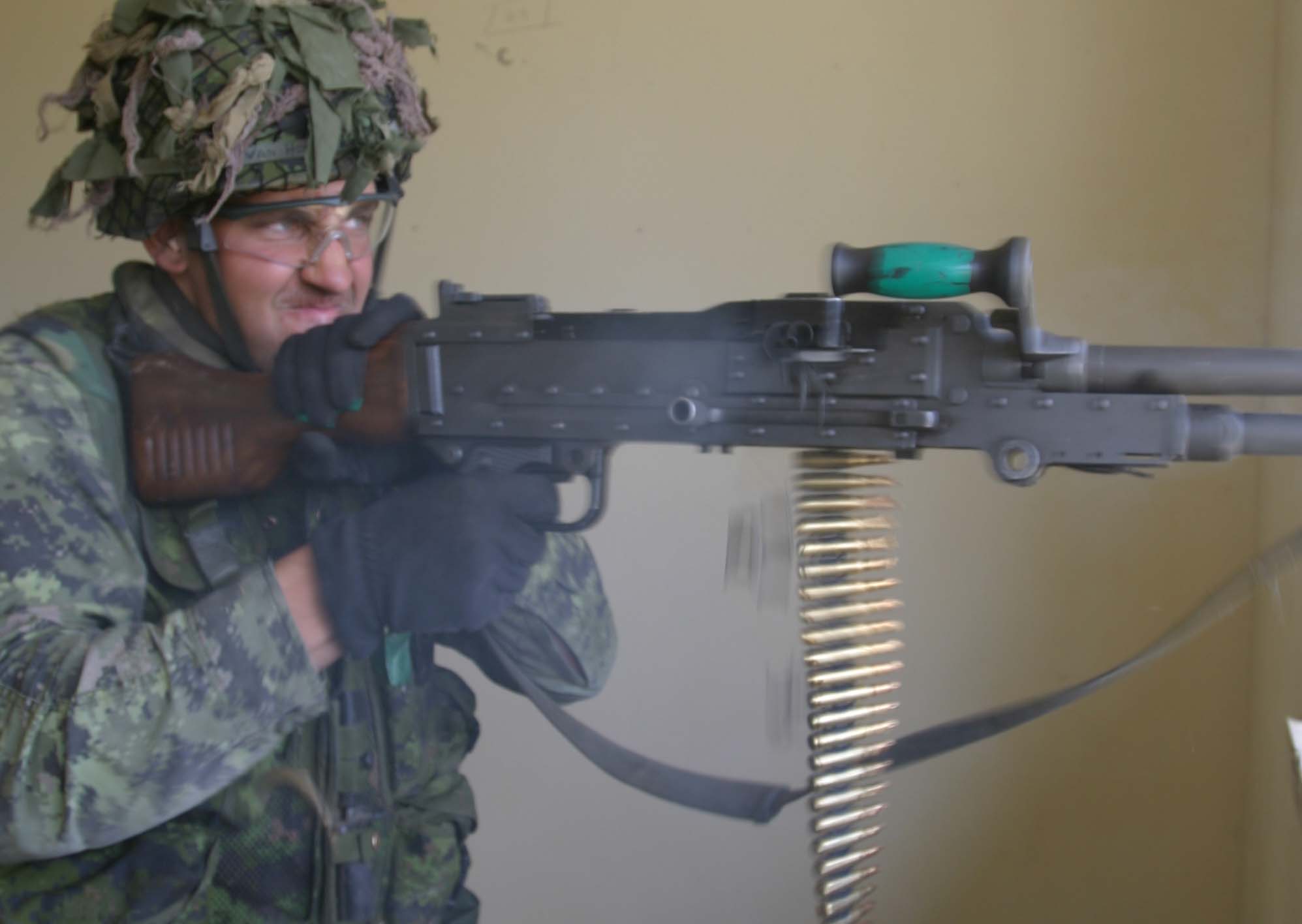 For almost 40 years, the C6 General Purpose Machine Gun (GPMG) has served the Canadian Army well. A Canadian variant on the Belgian-manufactured FN MAG, the C6 is a fully automatic, air-cooled, gas- and spring-operated, belt-fed machine gun capable of firing 750 to 1,100 rounds per minute. Chambered for the 7.62x51mm, the C6 is used as a platoon-level support machine gun, providing fire support to dismounted infantry. However, given its flexible configuration, this weapon is also mounted on a variety of Canadian Army vehicles, ranging from the G-Wagon to the Leopard C2 main battle tank.

Canada’s GPMG will soon be receiving an update. In the recently released Defence Acquisition Guide, the Canadian Army has called for upgrades to the C6, which will include a new gas regulator, new accessory rail, a new butt stock, and other accessories. All in all, the project is estimated to cost between $100 million and $249 million, with a contract to be awarded as early as 2017. This would greatly extend the service life of Canada’s current arsenal of C6 machineguns.

There is some concern that this procurement project is to some degree politically motivated. Implementation of the National Shipbuilding Procurement Strategy remains lacklustre and the fiasco surrounding the proposed purchase of Lockheed Martin’s F-35 Lightning II joint strike fighters has undermined the governing party’s defence credentials. Perhaps anticipating criticism on this portfolio in the upcoming federal election, the accelerated procurement of C6 upgrades and new service rifles for the Canadian Rangers could be intended as ways of deflecting attention away from the issues facing the Royal Canadian Navy and the Royal Canadian Air Force.

Beyond the potential political implications of this project, it is also worth considering to what extent the upgrades will change the role the C6 plays on the battlefield. The C6 has traditionally employed iron sights for aiming direct fire or the C2 sight for indirect fire. The latter allows the machinegun crew to engage targets that they cannot see due to fog, smoke, darkness or some other impediment. Meanwhile, the former allows the machinegun crew to put fire on the general area occupied by an enemy formation. By upgrading the accessory rail, it is believed that the C6 will begin mounting the C79 optical sight, also known as the ELCAN SpectreOS3.4x, as standard. This would limit the indirect fire capacity for the C6 unless the weapons continue to be issued with the C2 sight alongside and so long as infantry continue to be trained in the use of this GPMG in an indirect fire role. Otherwise, the C79 sight would allow C6 crews to directly engage targets at longer ranges to greater effect, but this is arguably not a role to be filled by a platoon-level support weapon.

There is also the question of the upgraded C6’s weight. As currently issued, the weapon currently weights approximately 11.7 kilograms. This is somewhat heavier than the M60 similarly employed by the United States Army, which weighs approximately 10.5 kilograms. The C79 sight weighs approximately 690 grams. Unless Canadian defence planners have another optical sight in mind, the C6 may need to cut down on weight with a butt stock fashioned from much lighter material without compromising on durability. It remains to be seen to what extent this will be possible. If the quality of the bids received in the contract to replace the Canadian Rangers’ Lee Enfield is any indication, however, the small arms industry should be more than able to rise to the challenge.