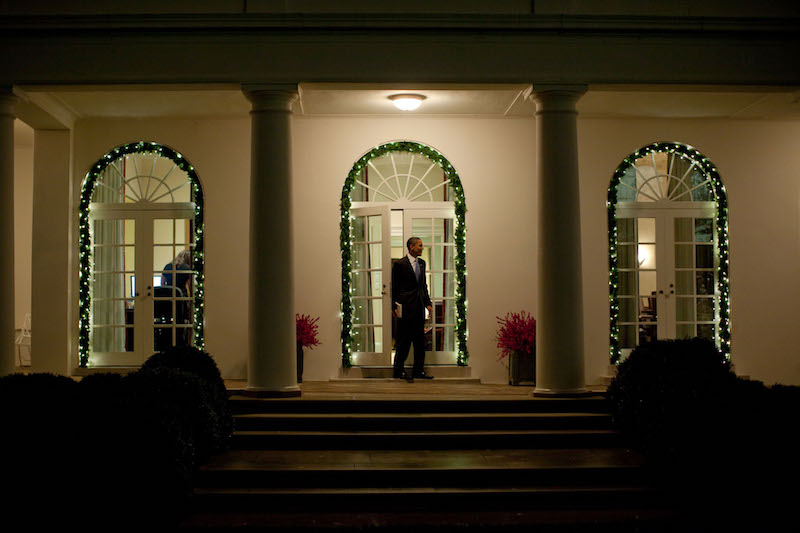 Obama’s two terms in office have been a constant battle between gaining congressional approval for his policy initiatives and instituting significant and ambitious changes. Most of Obama’s foreign policy actions and initiatives faced widespread opposition from the Republican party, which is not unusual in the politically polarized country, especially in a two party democracy. So it is not surprising that president-elect Donald Trump repeatedly targeted Obama’s foreign policy conduct during his campaign with vocal criticism and denouncement.

While Republican representatives and voters have actively voiced their discontent with Obama’s presidency, he found a strong partner in Canada’s Prime Minister Justin Trudeau. When Trudeau welcomed Obama to a visit in Ottawa in June this year, Trudeau described their relationship as a ‘’close-up bromance’’. Despite Trudeau’s entering office less than two years before the end of Obama’s second term as President, it is interesting to note how two of Obama’s debated Foreign Policy domains, namely environmental politics and the fight against ISIS in Syria, compare to Trudeau’s stance on the matters. Moreover, it is also interesting to examine some of Trump’s comments on those policy legacies and his potential ambition to dismantle them.

First, Obama has dedicated a lot of effort to promoting the importance of environmental consciousness through his foreign policy doctrine. Never before has climate change received as much attention in Washington D.C as during Obama’s presidency. The United States has officially proclaimed itself as the foremost power combating climate change on the global stage under the Obama administration. Obama’s pledge to curb CO2 emissions and vigorous advocacy for sustainable development commitments will most likely remain his most memorable, and in some minds controversial, foreign policy legacy.

Obama has a firm ally in Canada. Justin Trudeau has made combat against environmental degradation a priority. Both Canada and the U.S ratified the Paris Climate Agreement and Trudeau has endorsed investments in clean technology and climate change focus since he became Prime Minister. Moreover, he negotiated Canada’s first ever national carbon price in December 2016 with eight provinces to stimulate the growth of green energy and reduce the harmful consequences of carbon emissions. The leaders met with the Mexican President in June to discuss how North America can jointly address and improve sustainable development action.

Despite the mutual recognition of climate change as an emerging policy imperative between Obama and Trudeau, it not likely to remain as a priority when Trump enters the White House. The President-elect does not hide his skeptical attitude towards the notion of human impact on global warming and has stated that he would repeal the Paris Agreement once in power. Although Trump’s recent rhetoric is somewhat less antagonistic towards environmental politics than before, he appointed the notorious climate skeptic Scott Pruitt as his Environmental Protection Agency (EPA) administrator. Trump may not have the political power to abolish the Paris Agreement, but it does not look as if his foreign policy is going to be founded on climate change mitigation efforts.

Secondly, Obama’s unwillingness to deepen the U.S engagement in Syria and deploy military personnel for ground combat against the Islamic State (ISIS) has been a contested issue in U.S politics and international affairs. The scope of concern has grown especially during the last year, when the magnitude of the conflict escalated in an unprecedented manner with an increase in civilian death tolls. Obama’s attempt to avoid extensive military entanglement in the Middle-East has been met with both vast condemnation and applause from the international community. Obama reluctantly sent U.S ground forces into Syria, who have mainly focused on special forces training, and he provided equipment and conducting airstrikes to fight ISIS. This approach is not welcomed by all world leaders, as some of them argue that increased military interference in Syria is the only feasible path to weaken ISIS.

Canada, like the U.S, is a part of the so called Global Coalition whose mission is to ‘’degrade and ultimately defeat Daesh (ISIS)’’. Trudeau announced in February 2016, a few months after his inauguration, that Canada will continue to contribute to the Global Coalition’s ambition to disrupt the Islamic State’s operations. He specified that Canada’s main focus in its collaboration with the Coalition is to provide advice and training to security troops and allies on ground. This approach resembles Barack Obama’s, except that Trudeau wanted to end Canadian air strike operations and pay attention to humanitarian assistance.

The fight against ISIS in the Middle East has proven to be a very difficult and complex challenge. From this brief examination it appears that Trudeau’s and Obama’s governments have taken a similar approach to efforts in fighting ISIS. In comparison, on several occasions during his campaign, Trump vowed to eradicate ISIS. However, he has either been ambiguous about his means to accomplish the goal or delivered contradictory explanations. It remains to be seen whether Trump will resort to increased U.S military presence in the Middle East or withdraw troops. The president elect promotes isolationist politics, which traditionally entails withdrawl from international coalition formations, such as the Global Coalition. Even so, Trump has been explicit about his determination to defeat ISIS.

Obama’s foreign policy doctrine has received a lot of attention because of its progressive environmental politics and disputed viewpoint on how to diminish ISIS in Syria. Justin Trudeau’s position on the two policy areas have been quite similar to Obama’s.

It remains to be seen if Trudeau’s narrative will alter when Trump enters office. Trump has been persistent about overruling many of the foreign policy acts initiated by the Obama administration. Trudeau might very well be inclined to distance his political endeavours from the new U.S foreign policy doctrine.

Photo: Barack Obama leaving his secretary office at night, (2009), by The Official Whitehouse Photostream via Wikimedia Licensed under Public Domain